I Became a Better Person the Day my Father Died. 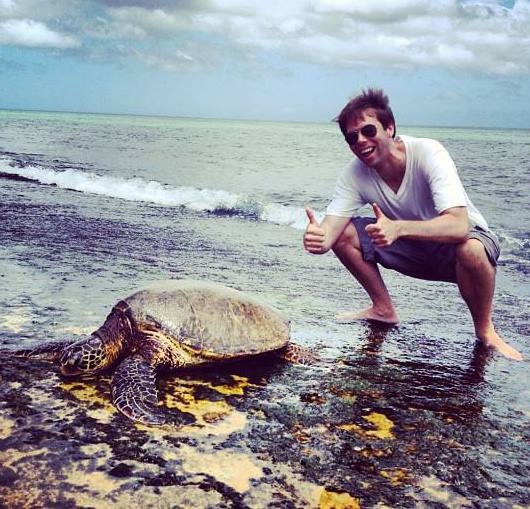 On December 12th, 2012, as I was finishing last-minute preparations for a two-week trip to Kenya and Tanzania with my father, I called home and was shocked to find out that he had just died of a heart attack.

Though the timing for such an event wasn’t ideal, I felt especially sad that he never got the opportunity to see the animals and great plains of East Africa—something he’d dreamed of since childhood.

In the days following his death, hundreds of people expressed what a positive impact he had on their lives. Neighbors shared stories of how he helped them fix problems ranging from marital to financial, cousins told me about how he acted as a father figure during periods of familial turbulence, co-workers told me how they would have “never made it” had it not been for his guidance, and people I never met before spoke of his generosity and kindness.

Seeing the level of impact my father, a self-described introvert from humble origins, had on nearly everyone he touched was life-changing.

Though I miss my father every day, oddly enough, no single event has had a more positive impact on my life than his passing. His death forced me to deal with uncomfortable emotions and take ownership of my career, finances, and relationships like never before.

I cried more in the days following his death than I had in 20-plus years prior, and I found a new comfort level with not just my own emotional range, but the emotionality of everyone around me.

In short, I started becoming a better person—more present, empathetic, and committed to making a positive impact on those around me.

Why am I telling you this?

Because I know we are all capable of changing for the better, and it shouldn’t take the death of a loved one to make it happen.

It starts with a mindset, then the adoption of one or two habits that move you toward where you want to go next.

Then one or two more. And then a few more. And…

You don’t have to worry about everything right now. Just pick one thing you want to focus on and start:

Don’t like the way your finances look? Start a side hustle and invest a small portion of your paycheck.

Want to lose 10-15 pounds? Put a less-than-flattering picture of yourself on your desktop, so you see it everyday. Then throw out all your processed food and crap carbs.

Don’t want to meditate? Find a practice—drawing, jiu-jitsu, or playing guitar—that requires intense focus and incorporate it into your daily routine, even if you can only dedicate 10-15 minutes a day.

As Tony Robbins says, make the consequences of inaction painful and the rewards of action immediate and pleasurable. Buy yourself a bottle of good wine when you hit a weekly goal, but don’t “Netflix and chill” when you don’t.

So what does our day look like when we’re living a life that will take us where we want to go?

We wake up 30 minutes early to walk or run with our dog (they need it and love us for it).
We break a sweat doing something we love (or can at least tolerate).
We tell at least one person we love them.
We do something that makes us uncomfortable (like telling the world about our dead father).
We provide a valuable service to others.
We read or listen to something new.
We take a risk—preferably something that will help us grow.
We prioritize listening over talking.
We put food in our bodies that nourish and fuel us—perhaps even a bit of dark chocolate and wine if we hit a goal.
We take one small step toward making a better future for ourselves and our families.
We find something specific to be grateful for.
We write down 10 new ideas—not because James Altucher says to, but because it’s a damn good idea.
We go the entire day without complaining.
Above all else, we are kind to everyone we encounter.

Our culture wants us to think that change is slow, iterative, and hard.

That’s bullsh*t. Change happens as quickly as we make it happen.

In the four years since my father passed, I’ve:

Married the woman of my dreams and celebrated the arrival of our beautiful daughter (who recently turned one year old).
Started working at one of the best colleges in the country, in a role that feels like it was custom-designed for me.
Started receiving multiple, executive-level job offers from headhunters in my field.
Received consulting offers for jobs I never knew existed.
Doubled my net worth, while completely overhauling my personal finances.
Completed “bucket-list worthy” trips with my wife, including Africa, Alaska, the Pacific Northwest, and the cross-country trip of a lifetime.
Got back to near optimum health (even seeing my six-pack for the first time in years, and all without giving up beer).
Helped foster and place more than 30 rescue dogs (adopting one crazy cattle dog mix in the process).

I was able to accomplish these things because of lessons learned from my father. He dedicated his life to serving others, and as a result, led a rich life.

What do you do everyday to make yourself better? What daily habits and practices have helped you inch toward your goal? Please share your best ideas in the comments section. 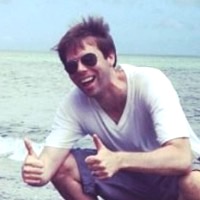