A Story of Healing from Sexual Assault. 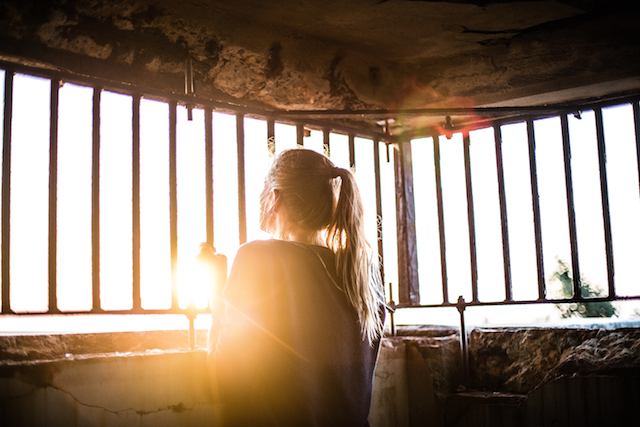 I sit shaking in a quarter operated shower.

I have blocked out the minutes I spent in the shower for the past three years, but as I sit here and type this, the memory comes back to me like a flood.

I had woken up from a complete blackout after a night of heavy drinking with hardly any memories and pain between my legs. I had been bleeding.

I’m there, again.
I wake up my friend; we walk to the shower.
She helps me into the shower. I bleed. I cry. She cries.
She wants to call the cops. I stop her. “I really like him,” I say.
We walk back to the campsite, he is outside.
“Why are you looking at me like I did something to you?” he asks.
Maybe this was a question of genuine concern for me, maybe more so concern for himself.

I forget all this happened. It is easier that way. Months pass. I continue to “really like him,” or I tell myself I do until it ends between us.

A few years have passed since I was raped, but the past year has been the first that I have openly talked about it.

This year has been the year of healing for me. The deprivation of my own body was more painful than I can ever explain, but what happened after was worse.

What people fail to realize about sexual assault is that the worst and the hardest parts come after the event. The nightmares, the shame, the PTSD, and a whole slew of things that the individual faces in their own head. It’s an invasion of the body, which manifests into an invasion of the mind.

I broke and I crumbled for a long time. I allowed myself to. I needed to. I thought something had been taken from me, but it has been here all along. I am much more me now than I ever was. I have found forgiveness, but the forgiveness I found was not only for him but for myself, too.

The sexual assault changed my life. It challenged me and it shaped me. I am so much more myself after all of this because I chose to grow from it. I think the most important part of the growth I have found in the wake of this terrible experience is the sincerity, freedom, and vulnerability I found in myself once I began to discuss it.

Once we can truly connect with ourselves, we can bring that connection into our lives and connect with others, too. I challenge you to talk about your adversity and grow through that process. Be open and vulnerable because it is the most natural way to live.

The hard truth is that one in four women are sexually assaulted. A statistic that high is intimidating and disheartening, but it brings a need for us to question our society as a whole.

Let’s teach consent, in every school and in our homes.

Let’s make college students who are binge drinking aware that according to the law, consent cannot be given after alcohol is consumed.

Let’s stop slut shaming, victim blaming, telling women not to drink too much, and not to wear too little.

Let’s stop telling girls that their virginity is a trading card for marriage.

Let’s not instill in the next generation that once they choose to have sex they are less valuable people.

Let’s stop telling people what they can and cannot do with their bodies.

Let’s stop questioning survivors. Instead let’s try phrases like, “ I believe you.”

Most of all, let’s talk about it.

The healing comes from releasing the pain we hold inside ourselves.

If you are reading this and you have been sexually assaulted, I hope that you will take the first step to healing by talking to a person you trust. You do not deserve to fight this battle alone.

This burden is not yours alone. I promise that there are people around you who will help carry the weight—even if it seems hard to find.

I carried the shame with me for a long time but once I began to open up about my sexual assault, I found others who had gone down this path before me. They helped me go through it.

I’ve read stories of strength, healing, and forgiveness. I’ve found feminism, which has proved to be a tool to help me in all aspects of my life, but especially through my sexual assault.

I thought that if I told my story I would open myself up to criticism and judgment. This fear still plants itself in my mind, but I break through it. I empower myself by owning what has happened to me. I believe telling my story will help others who are fighting the same battle.

April is Sexual Assault awareness month. Let’s talk about it.

“The irony is that we attempt to disown our difficult stories to appear more whole or more acceptable, but our wholeness—even our wholeheartedness—actually depends on the integration of all our experiences, including the falls.” ~ Brene Brown 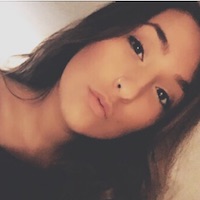