I Care too Much about what Others Think. 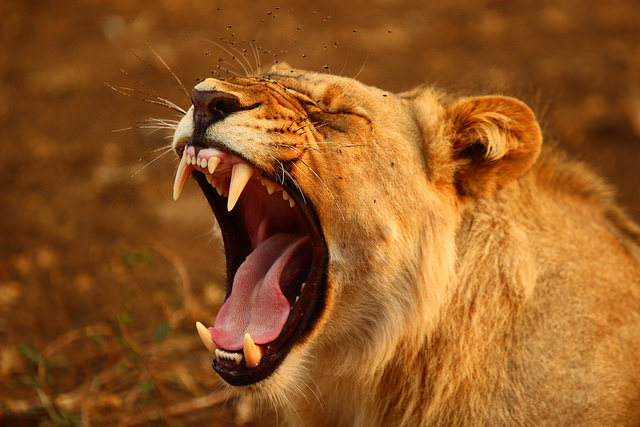 I learn the same lesson once a year.

“Never get involved with Facebook debates,” I tell myself, “Let other people’s opinions go.” Like clockwork, the same experience repeats itself, and the lesson’s half-life seems to last about 12 months.

I make a comment on a controversial article or post one myself. I feel bold and empowered in my first post. Satisfied. The next thing I know, my confidence starts to dissolve, as people I’ve never spoken with cast judgments and hurl accusations that seem so removed from my intent that I wonder if we’re talking about the same thing.

I’ve actually gone back and checked.

After a few heated exchanges, I remember myself. I commit to disengaging. I turn off notifications. I try to stop myself from anxiously checking the post, despite that I’m no longer receiving updates until I discover that 10 more people have commented.

So I frantically read each one and have a battle with myself about whether I’ll respond. After an afternoon, or a morning, or a midnight is consumed, I finally pull myself away from the conversation. I make the same lifelong commitment every year, after anxiety and doubt have crept into my gut like water moccasins.

Long after I have left the debate, the emotional residue of other people’s contempt lingers above my head like a cloudy day, convincing me that I’m a fool. My predictable and steady confidence is cracked because a group of strangers made negative comments about my character. And, all the while, I’m left wondering why in God’s name I care so much.

Sometimes I marvel at the complexity of human thought. Judging one’s self is a singularly human trait. Lions don’t walk around wondering why the other lions don’t like them. They just reinsert themselves into their pride because togetherness is a matter of survival. And if the pride doesn’t like it, the lion just roars until she belongs again. Or something like that. I didn’t watch a ton of Animal Planet as a kid, but I feel pretty confident that animals don’t judge their own emotions. They let themselves be afraid. They accept that emotion as natural and they listen to what it means.

I’d like to be a lion, but I feel like prey. I’m sitting here feeling bad, but also judging myself for feeling bad about the way these strangers think of me. Why? Why do I feel bad because I’ve experienced judgment? Or why do I feel bad that I care? I’m not sure which dilemma causes me more distress: The fact that I feel hurt or the fact that I care enough to hurt. I guarantee you I could pull up a million advice articles that tell me why I should care less about what people think.

I’m a man, so I understand the world through that uniquely gendered experience. Men aren’t supposed to care this much. We’re supposed to occupy our own bootstraps so much that when we face conflict, that reservoir of self-certainty takes over and we confidently deflect any judgment with Beyonce level finesse, but I don’t feel like Beyonce. I feel like David in front of Goliath. Except I’m not totally sure if Goliath is the people who judge me or the fact that I care.

As I see it, there are two possible scenarios:

Scenario 1: Goliath is the people who make judgments or accusations against us. If this is the case, then I think French people have the right solution. When French dissidents want to make a statement against a political figure who says or does offensive things, they throw a sh*t-ton of flour at them in public. I think this is an appropriate response to the Goliaths of Facebook. There should be a startup for this.

Scenario 2: Goliath is my own judgments against myself for caring so much. If this is the case, then probably the only answer is to remove the judgment. Not the feeling itself. Just the judgment of the feeling. This would mean I would have to be more like a lion. I’d have to allow myself to feel what I feel and respond to the need the emotion represents. I’d have to let myself be in the moment and trust that my emotional responses to a situation are nothing more than data. A felt sense that I need to take care of myself in some way.

I really don’t know how to do that yet. I think I’m a bit of a self-sadist, because every time I have a soul-deep negative experience, I feel the need to write publicly about it. Logically, it makes no sense. How is the answer to public scrutiny more public dialogue? I don’t know. But I do tend to feel better about it after I’m done writing. I think it has something to do with being real. The Goliaths within us don’t want us to be real about our hurts and fears. They want us to keep it in and conceal it, or risk repeating the same mistake.

But ironically, I think the only way to deal with Goliath is to point him out. I have a Goliath. He’s huge. He’s got hair in interesting places. He’s compelling in the way a gross viral video is compelling. His face always looks intimidating, but also kind of dumb. Like he’s got a very effective scare tactic, but he’s a one trick pony, rendered powerless by vulnerability.

So I think with this Goliath, stones won’t work. I need a new strategy. Violence begets violence—even violence to the self. And honestly, I think he might have good intentions. He wants to protect me, but in a very ineffective and destructive way.

So I’m just going to sidestep him. I will not perpetrate violence against myself by judging an authentic emotional experience as unworthy or unwarranted. But neither will I accept these bad feelings as affirmation of a personal flaw or wrongdoing without talking to those who love me enough to provide gentle feedback.

Goliath wants me to stay obsessed with the question of whether I care too much. Stay anxious. Stay scared. Anxiety and fear keep me quiet. The lion in me wants me to accept that I feel hurt, that I do care and that it’s okay. That I need to listen to that pain and let it guide my future steps. The Goliath wants me to hide, to stay isolated in fake self-determination.

But the lion in me wants me to come back to the pride. It wants me to carefully assert my belonging in a world of diverse opinions and experiences.

In the future, I might listen to the Goliath. But today, I want to be a lion. 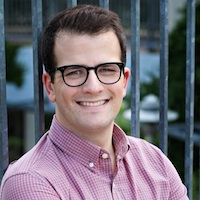 Mathis Kennington is a couples therapist in Austin, TX. He teaches couple and family therapy at St. Edward’s University and is the author of many blogs that most people have… Read full bio