Jesus the Zombie: An Easter Tale. 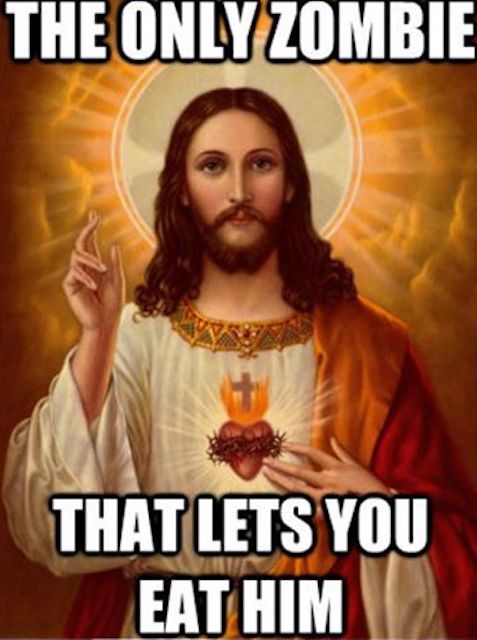 Author’s Note: This post is about how to celebrate Easter with a young child while being Jewish, feminist, and atheist. This piece is about the struggles of parenting this strange holiday and creating important meaning and ritual along the way.
~

Growing up in Regina, Saskatchewan in the 70s had its ups and downs. We were never afraid of walking to school alone or riding our bikes alone until the sun went down or just being outside all the time.

This may be more of a 70s thing than a Regina thing. The downside was that it was cold and lonely, and sometimes a weirdo like me could feel like a total outcast amongst the dominant culture.

I tried to tone down anything that made me stick out. This is probably why I didn’t mention that I was Jewish to a lot of people. Plus, I really thought there were only a few of us anyway, so why make it into a thing?

Which brings me to Easter.

Now, as I raise a child in the big city, I’m finding my mother didn’t quite equip me to parent my way through the holidays. Because let’s face it, most holidays have become less spiritual and more about how many days off we get. I am trying, in this time of Snapchat and video games, to hold on to some of those rituals.

Lesson number one: Take a stand. In order to maintain ritual, you have to really get behind some logic for said holiday and go with it. If you don’t, just like with sex education, someone else will tell them something you don’t agree with.

When my son was in kindergarten, he came home in total shock and fear and told me that when he asked about the days off on Friday and Monday, the teacher took on the task of explaining Easter. This is what my son gleaned from this highly educational discussion. (Be warned: you are reading his broken telephone account of the teacher’s lesson.)

“Jesus Chrisp, God’s only son, was tortured. They put him on a cross. They put nails in his hands and feet and a spiked hat that hurt him too. That hat hurt a lot lot. Then they left him there bleeding to die. Bleeding. Then they took his dead body and put it in a cave behind a rock. Three days later they pulled back the rock and he was gone. He came back to life. He was undead. Jesus is a zombie.” Thank you so much, Mme. Mel Gibson.

This is a prime example of controlling the narrative. If I had told him what I believed, then he would have two different stories to pick from. But, as it stood, he was never going to sleep again because he was afraid Jesus Chrisp was coming to eat his brain.

I calmly sat him down, for as long as a five-year-old can sit, and explained my version of the story. Feel free to use this as you paint eggs, hide, and eat them.

Jesus was a good person. He had strong beliefs and fought for others. He was angry about slavery, poverty, and the division of labour. But, like most people who stand up against the government, there was a fear that he would make people think and ultimately upset the system. He was a brave man, like Martin Luther King Jr., Louis Riel, and Malcolm X, and many more who were killed for similar reasons. But, like them, he was just a man. Okay? Neither a god nor a zombie, but a revolutionary.

He was bored, but satisfied. We painted eggs. Easter done.

Then we went to Seder dinner at my dad’s. Passover is on par with the violence of Easter, if not worse. With the exception of a couple of the more quirky plagues, acne and amphibians, it’s pretty much Tarantino without the humour. Just endless ways of messing people up until it culminates with killing the first born son in every single family. Really? Over the top Tarantino, right? You had me at lice.

So, I sat the kid down one more time and explained slavery, that Jesus wasn’t there yet, Moses was adopted, and so on. I had to cover the eggs again too, so I told him about what an egg represents and why it’s in the big two religions recognized by the school board.

Both of these religions were just taking too much time to get to the same conclusion. Renewal. Rebirth. The circle and cycle of life. Spring. And it dawned on me as I was over-explaining, and we both had to pee: This was all about spring. The pagans had it right all along, and I could work with that and still be a great parent…maybe.

The years have gone by, and my 10-year-old still doesn’t sleep, and I still have to pee, but the holidays are getting a little easier. We now have rituals that we combined from all the good parts of all the rest. We keep the ones that work with our ideologies, lose the rest, and explain to our best ability—with Siri’s help—all the stuff I don’t have a clue about. It’s a lot.

Yes, I’m much more into Halloween and April Fool’s Day, but I still enjoy the painting and learning about it together. Last week, my 10-year-old turned to me and said, “There’s only one God, right Mama?” My eyes shot back and forth as I tried to stutter together the most inclusive, aware, politically correct answer. “Uh…well, people can believe in all sorts of gods. There’s no absolute answer on that one in my opinion…but it’s just my opinion and we have to make room for lots of people’s belief systems.”

And then that kid smiled at me and said, “There’s only one true god. And his name is Stevie Wonder.” In that moment I knew I had done my job as a parent. All was good in the world…until Christmas.
~ 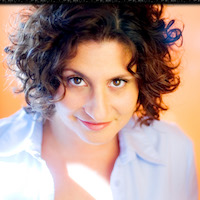