How to See the Stunning Lyrid Meteor Showers Lighting Up the Moonless Sky Tonight. 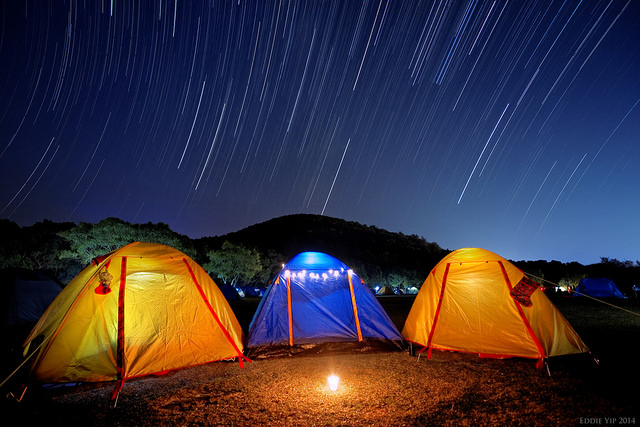 “Life is fleeting—if you’re ever distressed, cast your eyes to the summer sky when the stars are strung across the velvety night, and when a shooting star streaks through the blackness turning night into day, make a wish, and think of me. ~ Robin Williams

The annual and immensely spectacular Lyrid meteor shower’s peak is in the early morning of April 22nd.

It’s the perfect time to watch them, as it happens to coincide with Earth Day, the day we show how much we love our planet and the universe she resides in.

Helen Avery, Content Editor at Slooh, explains, “No matter who we are or where we live, we all share a common home—Earth. In the day-to-day, we often forget that we are all connected, as too do we often forget just how wondrous our planet is. It is the most diverse of all those in our solar system, and—as far as we yet know—in the universe. Earth Day is a wonderful time to come together to remember and to appreciate the home we all share.”

Fortunately, if you miss this shooting star show on the 22nd, there will be more opportunities to catch sight of it, since it lasts until April 25th.

Luckily, the moon will be waning during this period, so its slender crescent beam will barely be noticeable in the sky. The sky will almost seem moonless and will be much darker than usual, allowing us a higher chance to witness this impressive celestial event.

Anytime after midnight and a couple of hours before dawn are the optimal times to head outdoors to view the Lyrid showers.

The Lyrids, one of the oldest known showers with records dating back approximately 2,700 years, are fast meteors that produce trains that streak across the dark sky and can last for several minutes.

Lyrid meteors are made up of chunks of rock the size of a grain of sand or a small pebble. However, they’re able to brilliantly light up the sky because they hit Earth’s atmosphere at such a high speed—roughly 110,000 miles per hour.

If we are lucky, we will see these ionized gas trails of fire, which are around 50 to 70 miles above Earth’s surface, and if you listen carefully, these bright pulses of light generate popping and hissing noises. When these meteors hit Earth’s upper atmosphere, the glowing trails light up the sky before vaporizing.

Meteors are named after their radiant—the starting point of the particles we see. Although meteors can appear to be coming from anywhere in the sky, each component of a given meteor actually generates from the same point if you trace their path line back. In this case, the radiant is Lyra.

The Lyrid meteor showers happen when the Earth passes through the Thatcher comet’s orbital path, a comet that only orbits the sun once every 415 years. The orbital path is a region of the solar system where this comet has spread much dust and debris during its long, elliptical route.

If Earth passes through an unusually dense clump of a comet’s rubble, we will see a surge in the number of showers in the coming days.

If the sky remains cloudless, and there isn’t too much light pollution, we can witness the Lyrids with our naked eyes from any location in the world, so we shouldn’t need binoculars or any special equipment.

For a higher chance of seeing more showers at their brightest potential, head to the countryside or find a dark place free from artificial light, as any glow can obscure the view.

Wrap up in warm clothing, bring a hot water bottle or hot drinks, and take a blanket along, so you can lie flat out on the earth and absorb the electric vibe in the atmosphere.

With a relaxed gaze, look up at the sky toward the blue-white star Vega, which in the Northern Hemisphere is the third brightest visible star in the sky. Try not to focus too much on one particular area.

Ideally, it will be a sight to remember, as there will be as many as 15 to 20 separate showers falling from the sky every hour. And if we are really lucky this time, we may see up to 100 showers.

“The steaks of light we see from burning debris during a meteor shower are the leftover material from a comet that originated in the outer parts of our solar system. We are essentially seeing a remnant of the early formation of the sun and our planets and also the destruction of material that was formed five billion years ago, as old as the oldest rocks on Earth.” ~ Christopher Conselice