This may be the Best Parenting Advice on Earth. 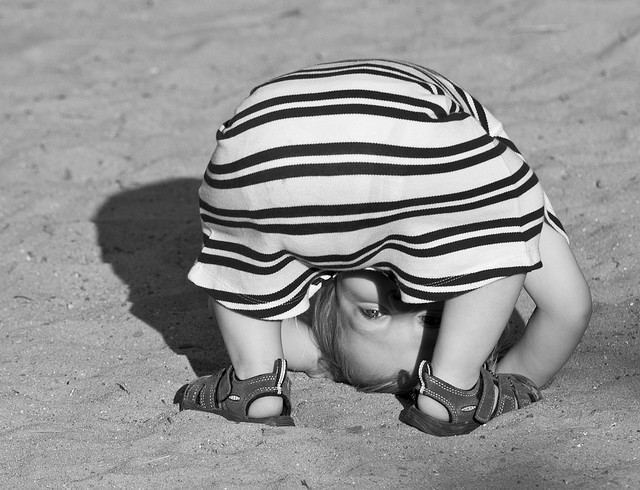 I had no idea that the best parenting advice I could have received would have been to heal myself.

It would have been preferable to do this before I had kids. But I didn’t get the memo in my twenties.

To be honest, I’m not sure if I would have listened to that advice had I received it. I didn’t know that I had any issues or that I was anything less than fine at the time.

Thirty-three years of “I’m fine.” Then came kids and a big wake-up call.

It turns out I wasn’t so fine after all.

I had no idea that having kids would bring to the surface so many intense emotions that were simmering inside of me. But, kids have this remarkable ability to teach us a whole bunch about ourselves if we are willing to listen and learn.

For those of us parents with some unresolved issues (read: most of us), kids have this uncanny ability to poke at our sore spots relentlessly. If you have not done counseling or self-work of any kind, it could feel like your buttons are constantly being pushed.

A parent who has not looked at his triggers, or has not taken the time to acquaint himself with his hot buttons, could find himself in a very intense and stressful life of parenting. This is especially the case if you come from a family where emotions ran high, where there was shame and blame, and you didn’t feel entirely safe.

I realized that I was perpetually stuck in fight or flight mode. I saw my kid’s negative behaviour as a threat. I couldn’t deal with “disobedience”. At this time, I did not realize that kids communicate through their behaviour.

I thought my kids were out to get me. I had a short fuse. Like me, other parents who have not found a deeper sense self-acceptance, peace, or self-control, might also feel on the edge, irritated, or overwhelmed. Feeling like this understandably leads to parents acting impulsively and punitively, which only makes things worse.

If you are regularly overwhelmed or act impulsively, but don’t know whether or not you struggle with unresolved emotions of your own, you might want to look into it.

Personally, I knew enough to know that I had some issues. I could see my own behaviour and knew that I wasn’t being the parent that I wanted to be. That was clear. What was also clear was that I knew that I needed to evolve and grow or else I’d eventually alienate myself from my kids or them from me.

I wanted so badly to be different. But what I needed to do was to open my eyes and my heart to what my kids were showing me. In this vulnerable place, I would have been able to stop blaming my kids, and to see the truth. It was me that was hurt. When I came to this realization, it was heavy.

These thoughts ran through my head:

What have I done?”
Why is this so hard?
Why can’t I control myself?
Why can’t I be better than I am being?
I have so much work to do.
Where do I start?

I wanted to change, but how could I change? How could I evolve? With the weight of knowing that I had already done damage, it seemed too heavy. Could any of this be undone? So much stuff had to be relearned, both for me and my kids. Lots of blame came up. I blamed myself for failing as a parent.

A year went by.

After a while, I knew that staying in the blame wouldn’t do anyone any good…not me and not my kids. Perhaps the blame was natural, perhaps even necessary. Maybe I needed to realize my role in creating a hostile environment. Maybe I needed to feel bad about it. But I couldn’t stop there, not if I wanted something better for my kids. I needed to take it to the next level. I needed progress.

Once it sunk in that I needed to be better for my kids, it was a no-brainer. I had to do something. For me, seeing the truth of the situation left me with no other option. I knew I wanted the best for my kids. I wanted to give them the best environment in which to thrive. That meant I had to take a hard look at myself, deal with my stuff, and clean up my act.

I also knew that once I had experienced this truth, my body, mind, and soul wouldn’t let me off the hook. I knew this truth was going to stay with me, whether I wanted it to or not. I knew the idea that I could be better would come back again and again, in some way, consciously or subconsciously. I had no choice.

With no other choice, I decided to use the energy that I did have to create a better future for my kids. I decided to let go of the blame and self judgment. It was a tough balance to strike, to be better than I was yesterday, but to forgive myself when I came up short. I still fail. The only difference now is that I don’t let the negative energy from the failure consume me. I try to do the opposite. I used the energy to be better.

Consider seeking help from a counsellor or therapist. We only get one shot at this. This is not a dress rehearsal. I went to see a counsellor about my anger and reactive behaviour. It definitely helped. But, to be honest, it took longer than I wanted. At times it was frustrating and defeating. The most frustrating thing was knowing that I wanted to be better, but still behaving in the same old way. It made me want to pull my hair out. It felt like a long time before I started to notice improvements. My advice to you is to stay with it.

My other piece of advice is to celebrate your wins. If there are times when you feel like you are breaking a cycle or choosing a better path, then celebrate! Celebrate with yourself. Call a friend. Write me a note. It is a big deal.

If you are reading this and struggling, don’t forget that we tend to make changes little by little. There will be setbacks and it might not all come at once. Little victories are important, and should be recognized. They add up. Recognizing growth and progress is often hard for people who are hard on themselves. But it’s this softening, this accepting and loving of yourself that is going to allow you to do the same with your kids. Heal yourself. Love yourself.

Lastly, you are not alone. Most parents are at different stages of waking up to this. It is a fact that you can only offer an environment as healthy as you are. And you might, like me, not be as fine as you think you are. This can come as a shock to a lot of parents who look to parenting coaches or sign up for parenting courses hoping to fix their kids.

Healthy parents equal healthy environments, which equal healthy kids. There are no quick fixes as far as I know. But, if you are reading this and considering rolling up your sleeves and doing some work, then you are actually ahead of the game. If you are aware enough and honest enough to take a hard look at yourself, then you are on the right path. 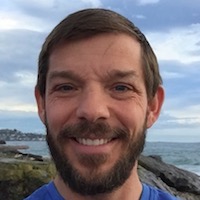