Why we Might be Hoarse—and How We Fix It. 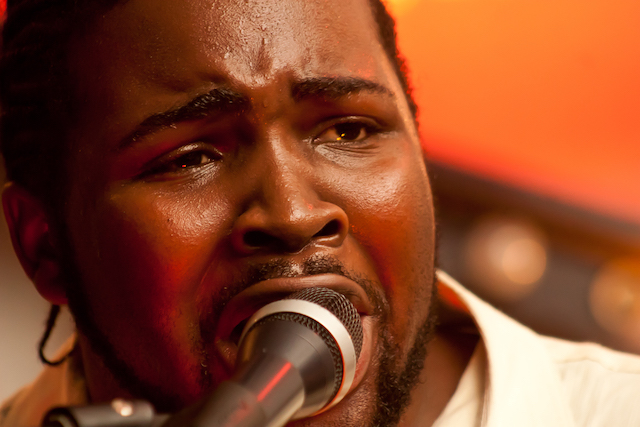 As a teenager, I used to sing in musicals. But over time, I started to get hoarse during rehearsal.

I went to multiple doctors. They all told me it was an allergy that was irritating my vocal cords.

I knew I was allergic to pollen, but I also got hoarse during the freezing cold German winter. None of the pollen I was allergic to was airborne during winter, so I doubted the diagnosis that pollen was the culprit. Still, the hoarseness became too much for singing to be any fun—so I quit.

Years passed. I began to only notice the hoarseness when I had to talk in loud places, but I got used to it and didn’t mind too much.

Suddenly, the sh*t started to hit the fan.

You see, one day, I decided to master handstands, just for fun and exercise. I would stand upside down on my hands for 10 to 15 minutes a day. At first I leaned against a wall, but then I was able to stand freely.

After six weeks of training to do handstands, my voice was gone from one day to the next.

My doctor told me that my throat was completely inflamed, but she didn’t have a clue why. Luckily, the next physician finally found out what was going on: She told me that I have reflux.

My first reaction was, Wait…what? Reflux? That is impossible; I do not have heartburn.

Nearly everybody diagnosed with airway reflux has this same first reaction of disbelief. But after a bit of research, I realized, Damn I’ve had this since I was a teenager!

In retrospect, practicing daily handstands was the worst thing I could have done with my condition.

Usually, gravity helps to keep stomach content down where it belongs. But suddenly, because I was standing upside down each day, gastric content began leaking into my throat.

The good thing about my situation was that I finally knew what was going on. However, the problem was that airway reflux has barely been researched. Most physicians don’t have the knowledge to treat it.

Still, I was in luck. I was working in the health sector myself. I used my connections to interview the leading experts on how airway reflux is caused and how to heal it. And I learned enough to fill books about it.

Here are the most important things you need to know about this condition:

Most people know about acid reflux, otherwise known as heartburn. Acid from the stomach rises up, which causes pain in the esophagus.

However, there is a second type of reflux that few people know about—the kind I have.

If reflux reaches above the esophagus, it’s called airway reflux. Another common term is silent reflux. Among physicians, the term laryngopharyngeal reflux (LPR) is used—they like it because it sounds complicated.

What is special about airway reflux is that the reflux is in a gaseous form—an aerosol. It consists of microscopically small droplets which pass the esophagus and spread in the airways.

The most typical sign is hoarseness, although asthma, sore throat, and chronic cough are other common symptoms.

Its gaseous form makes airway reflux tough to detect. You need special equipment for it. That is why until about 10 years ago, very few health professionals had ever even heard about it.

This is fascinating, as it turns out now that airway reflux is a problem of the masses. The reflux experts I interviewed believe that about 10 to 20 percent of the population have airway reflux. Often, they won’t feel massive symptoms straight away. However, the reflux will compound any other respiratory ailments they might have—like allergies or asthma.

If reflux comes together with strenuous usage of the voice, our vocal cords get tired more quickly. That is why some of us feel we are losing our voices much faster than others. It becomes more difficult to talk with the hoarseness that airway reflux causes.

For many of us, hoarseness is most prominent in the morning. Why is that?

Digestion is slower during the night. If we eat before going to bed, the food will sit in the stomach for a long time. This is what causes a lot of reflux. During the day, saliva helps to neutralize reflux. At night, our bodies reduce saliva production. This is why our natural reflux defenses are weaker at night.

To reduce reflux at night, we need to avoid eating three hours before bedtime, with the last meal of the day being fairly light.

Overeating is a huge factor in creating reflux in the first place.

Our first line of defense against reflux is the lower esophageal sphincter (LES). The LES sits between the stomach and esophagus. This valve’s job is to open only when we swallow in order to let food into the stomach.

However, the LES can only hold back a certain amount of pressure. The more food that is in our stomach, the more likely the LES opens up. If the valve opens, we experience reflux.

The LES is a muscle. It works differently than the skeletal muscles in our body, as it doesn’t get stronger with exercise. On the contrary, if we stress the valve by overeating in the long-term, the valve loosens up and becomes damaged.

A fist-sized amount of food at a time is fine. That is what our stomach is made for. More than that may be putting us at risk of experiencing airway reflux.

There are substances in foods that can cause the sphincter to relax, which makes reflux more frequent and more powerful.

Chocolate contains such a substance, theobromine, that relaxes the valve. Caffeine has the same effect, so we should avoid chocolate and coffee if we want to reduce the likelihood of reflux. Green and black tea have a similar effect, as they too contain caffeine, but the caffeine in tea is absorbed more slowly by the body. Consequently, tea might cause fewer reflux symptoms than coffee.

Pepsin is a stomach enzyme that creates most of the damage in airway reflux. Pepsin is more active the more acidic the environment surrounding this enzyme is. Each time pepsin comes in contact with acid, it reactivates and starts to digest our cells.

The problem is, many of today’s foods contain acid. Sodas like Fanta and Coke are about as acidic as lemon juice. It just doesn’t taste as acidic because the sugar covers it up. Most fruits are acidic too, with bananas, melons, and coconuts being the few exceptions.

In the United States, federal law states that canned foods must be acidic in order to ensure safe, sterile products.

If you want to lose your reflux hoarseness, limit your consumption of acidic foods. It can drastically improve airway reflux by inhibiting the damaging potential of stomach enzymes.

Pepsin becomes way more dangerous in combination with acid. But fortunately, this gives us a weakness to target.

We can kill pepsin by bringing it into contact with alkaline water. Alkalinity is the opposite of acidity, and it will kill pepsin and neutralize reflux.

You can easily produce alkaline water at home with baking soda. Just make sure it really is baking soda—not baking powder. They are easily confused with each other—especially if you are as clueless as me in the kitchen!  Just mix half a teaspoon of baking soda with a cup of water. Voila! You’ve got yourself alkaline water.

Gargle with it and drink a few sips. Doing that when your symptoms are most prominent—for example, after waking up or eating—can really help. 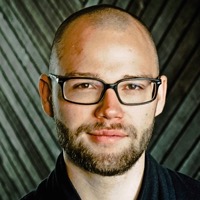