A Freeing Realization for those who Suffer with Self-Hate. 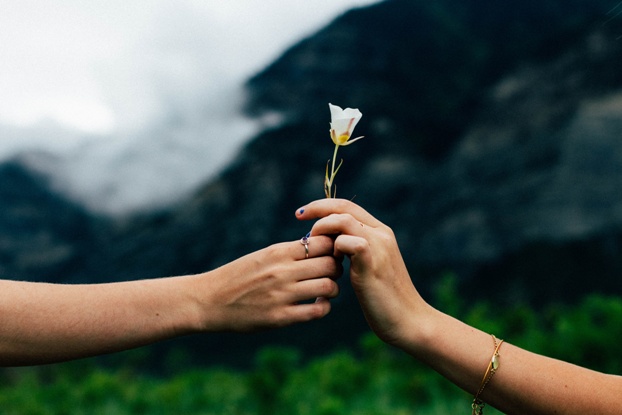 This particular question during interviews makes me uncomfortable.

I’d usually have a canned answer for that. My work appearing here and there, or studying abroad for a month despite the impossibilities of my situation then—but these answers sound lame, not flashy enough to impress, and maybe also bordering on lies.

Strip me of pretense and lust for a huge paycheck, and I’d say it was me saving myself, wanting so badly to die at 15 and clawing my way out of that darkness to be whoever I am today: terribly imperfect, awkward, but functional and capable of hoping.

There was no major disaster to explain why, at 15, I was plotting out letters and the fastest way to die.

Gather the evidence and link it back to the natural cocktail of chemicals inside my brain, my precarious relationship with my parents, my personality, harsh words remembered and turned upon myself so the pain of it was more than doubled, and a rather dark choice of reading material. All of them together were hard to deal with, but put somebody more well-adjusted into my shoes, and it likely wouldn’t have driven them to the same desperate state.

But for years, I would question why I was alive. What was the point? What was the functionality of it, the purpose, what makes it more worthwhile to keep on living, why am I not a waste of breath and space? If my current self were to face my 15-year-old self now, was there something worthwhile in my effort to wake up, day after day, or was I only prolonging the agony?

In retrospect, it wasn’t logical at all—how I kept on searching for a justification for being alive.

Life is a gift, really. It’s given to us, and it’s not about whether we deserve it or we don’t; existence isn’t like some sort of landlord who knocks at our doors every year, asking us to prove ourselves so he doesn’t take it back. It’s ours, and we don’t have to prove anything.

We just have to live, and enjoy it as badly as we can.

Rocks are rocks, and dragonflies are dragonflies, and they’re perfectly fine being what (or who) they are, no questions asked.

That was such a freeing realization. A balm for all the self-hate.

But this consolation was the end result of a long, tedious journey of trying to be better. I tried everything I could get my hands on—I meditated (from the classic mind-your-breath to chanting when my roommates weren’t around), went through three worn yoga mats, dived into Eastern philosophy, and journaled furiously. I even tossed coins and consulted a majestic thousands-year-old Chinese oracle.

How much of it was truly effective, I can’t even begin to tell through the whirlwind. Two steps forward and one step back seemed to be the rule, and it only hit me that I’d actually made progress when a friend told me—soothingly—that everything will be okay.

It wasn’t my first time hearing that, and my normal reaction was to get grumpy about it—easy for you to say, I’d grumble in my head. I felt a tinge of bitterness and envy for others being able to believe what I couldn’t.

But something had changed then: it sounded like it could be true. That things would be okay. Maybe not the way we’d expect them to be, but still okay, or maybe better.

In one worldview, the universe is cold and apathetic, and gets a bit of humor from you falling on your ass; in another, it’s a teacher who tries to be helpful, even though the methods can be brutal. And that’s what’s amazing about human beings. We can take any experience that comes our way and transform it into something better. The harder the experience is to swallow, the more compassionate and wise we can potentially become, although this is much easier said than done; as Sadhguru says in his book Inner Engineering, we become wounded instead.

I’m nowhere near the point where I can call the universe my best friend, but I suppose I’ve established a…less hostile relationship with it.

And on those interviews, I wish I could open my journal and show countless pages, or reveal the intangible: The inner demons I sat with until they became my friends and I learned that all they wanted was acknowledgment. How painstakingly I pieced together the debris of my mind, the immeasurable sadness that could hide but would never go away. The tenderness underneath all of it, and the willingness to be true and to be hurt because really, it’s the only way to go forward.

Or, simply, read Rilke out loud:

“So you mustn’t be frightened…if a sadness rises in front of you, larger than any you have ever seen; if an anxiety, like light and cloud-shadows, moves over your hands and over everything you do. You must realize that something is happening to you, that life has not forgotten you, that it holds you in its hand and will not let you fall.” 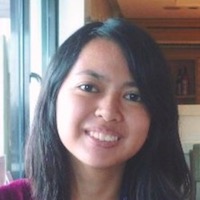