Are YouTubers Going to Be the Next Mainstream Media? 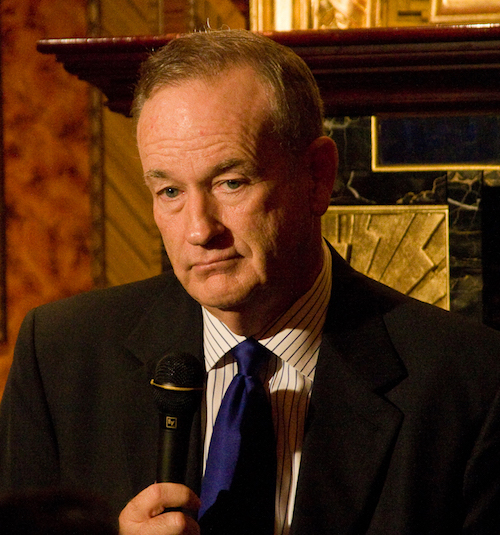 We have all heard of fake news, right?

If you haven’t, then I applaud you for having avoided all the crazy sh*t going on between President Trump and the media since—and even before—the election. Reddit highlighted the battle that argues who is creating fake news, who is reading it, and what we should do about it.


Even if the news from the mainstream media isn’t fake, it is certainly biased. Most of the news outlets are owned by big corporations, which always have the agenda of making money.

For example, Walt Disney owns ABC News and ESPN. News Corp. owns Fox News. Time Warner owns most of Turner Broadcasting System which owns CNN, and the list goes on and on.

The image below is a chart that has been circulating the internet identifying how biased a news agency is: 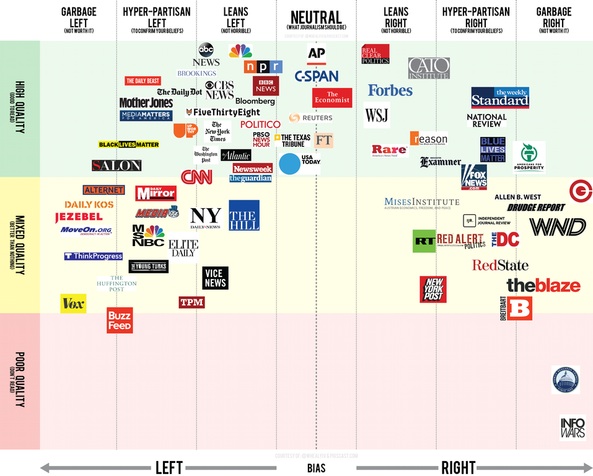 Clearly, people are catching on to fake news and bias and are desperately seeking to find a trusted source of information. The problem is, as helpful as this chart is, I don’t fully agree with all the sites that are labeled neutral.

We still have to take the time to research and find the news agency that resonates best with us.

These new news outlets are popping up all over the internet like mushrooms in a moist forest. One medium that I have found particularly intriguing is the “Alternative News YouTubers” that is starting to gain serious viewership.

Normally we might think of YouTube as silly videos created by kids with too much time on their hands, on any number of topics, but mostly gaming and anime cartoons.

Just log onto YouTube, and the homepage is saturated with these types of videos. Note that some of them are making serious cash by creating those silly videos. The highest paid YouTubers in 2015 made over $4 million.

The great thing about creating YouTube videos is that it doesn’t require much startup cash to get started. Most smartphones today take amazing high-quality videos and make it possible for just about anyone with an idea to become a YouTube instant celebrity. Or at least an instant YouTuber.

Let me drill down a bit more on what I consider credible, real news alternatives.

Because it’s so easy to become a YouTuber, there are a lot of people that are just turning the camera on and babbling away. Even though they may have nice opinions and good hair, it doesn’t mean that I trust them with my world news fix.

Every once in awhile, I will follow a talking head dressed in a hoodie with a drab white wall behind him, but it’s rare to find one who really knows anything. I will say that most of these people, while not educating me on anything, will at least clearly state their bias.

Something that can’t be said for the mainstream media.

There are a few diamonds in the rough though that actually have done some real journalistic fact finding.

One guy I particularly like is Dave Rubin of “The Rubin Report.” Not only does Dave do a great job interviewing his guests, but he also tries to see both sides of an issue and doesn’t pick fights with his guests trying to prove that they are wrong.

The set of The Rubin Report is clean, well lit, and the audio quality is great. If anyone has a chance of landing a highly visible news show, it’s Dave Rubin.

I’m also a fan of The David Pakman Show. While David is little more biased to the left, he still tries to be professional and report and comment on relevant news of the day.

His show is produced very professionally. He uses the fairly standard online video format of cutting to his producer and bantering back and forth a bit during the show, but they don’t over do it.

There are other fairly good alternative news shows on YouTube that are more biased one way the other, but we know where they stand fairly soon after we start watching them.

Even though the mainstream media is supposed to be bias neutral, it seems almost impossible anymore. I’m okay with that as long as I know up front what their bias is, and they don’t try to bullsh*t me by saying they are fair and balanced like CNN, MSNBC, and Fox News do.

It’s still a ways off before we will all get our news from YouTube, but with the ability to publish anything, anywhere, and quickly, more and more people will turn to these alternative media sites to get news that isn’t generated by biased corporate entities.

Even if we are fed up with the mainstream media, we should proceed with caution not to give “Alternative News YouTubers” an easy pass just because they are an alternative news source.

In fact, we may have to work even harder to weed through the non-factual news on YouTube. It certainly is easy to create and publish videos to YouTube; a lot of people will think they are the next Anderson Cooper, Scott Pelly, or Bill O’Reilly and get on camera with no knowledge or facts—and pass it off as valid news.

It’s vital to do a little digging and some skeptical consuming before sharing content to friends and treating it as fact.

YouTube may not be the ideal place for most people to use for their dose of daily news, but it’s nice to know there are other reliable sources for news than only the mainstream media.

And there might just be a new amazing cat video that could make our day. 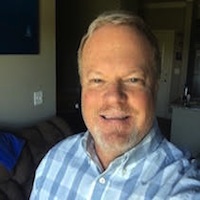