Exploring the Nature of a Self-Taught Photographer. 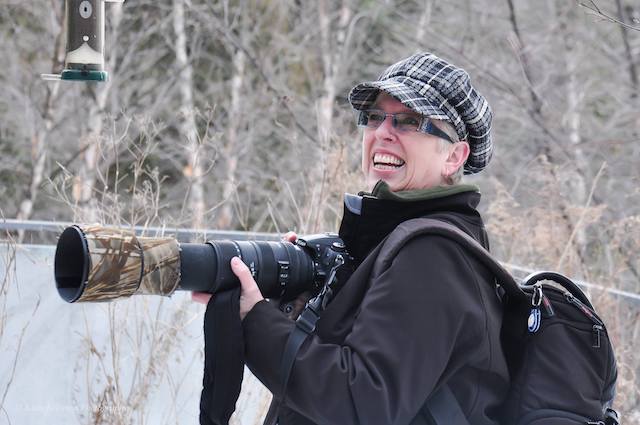 Suddenly, Nancy Barrett stops walking and holds her arm in front of me. “Look,” Barrett says and points to the ground. I can only see broken branches and snow under my feet.

“Deer tracks,” she whispers. And then I see them: upside down heart-shaped steps.

The woods in the Humber Arboretum are still quiet at 11 a.m. It’s an unusually warm February morning and Barrett, a self-taught wildlife and nature photographer, has agreed to show me some secrets on how to get the perfect shot.

The first time I met Barrett, she was laughing in the hallway of Humber Lakeshore Campus. Her light-blond hair, left nostril piercing, and mismatched blue scarf made her impossible to ignore. The excitement of having her photographs on the walls was in the air. All around us were dozens of birds: a Red Tail Hook, a Falcon Peregrine, a Snowy Owl, and a Tree Swallow looking right at the camera.

I couldn’t help but think the blue Tree Swallow was looking at me—as it had been looking right at Barrett. It’s hard to imagine the same loud and expressive human with camera in hand in a world where silence means everything. 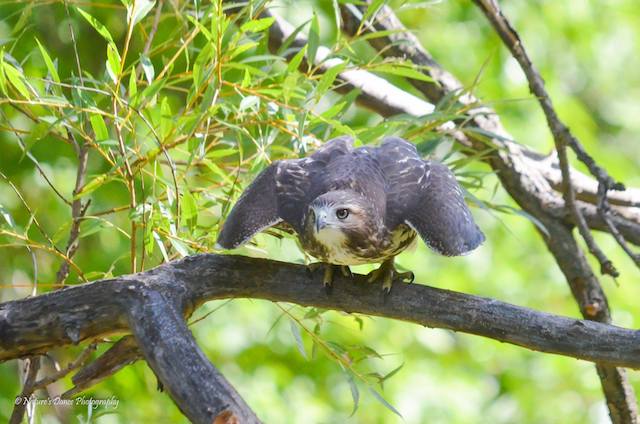 That day, Barrett whispered one word to me and let it hang in the air for a moment: disappear. “When you disappear,” she says, pointing to a photo of a Peregrine Falcon bathing in the lake, “these happen.” Some of it is luck, she adds, “but the rest of it, it’s still stillness, quietness, deep appreciation, and respect for nature.”

Barrett was only seven years old the first time she caught a snake with her hands. She grew up in her grandparents’ house close to the Humber River, at the southern end of Ontario near one of the two major rivers of the city of Toronto. As a child, she was easy to spot coming down the hills or walking to the woods. That’s because, she says, she was always getting into trouble. By 1985, 21 years after she caught the snake, her best friends were a camera and a pair of binoculars.

In 2012, she retired from her job in the healthcare system where she wrote medical transcriptions. For about 30 years, photography was on the side. Today, at 60, she has discovered her real passion. She is eccentric and has a smile that shows all her teeth. She is emotional and easily excitable. She tells me that she won’t stop talking if there is a pair of ears eager to listen. Her favorite topic, of course, is birds.

She is an advocate of wildlife and she will lively talk on how humans have extinguished and endangered animals not only by destroying their habitats, but also by over hunting. She places a special emphasis on ethical birding. Barrett explains ethical birding as the art of photographing birds without disturbing them by giving priority to their well-being and their habitat over the ambition of a “money shot.” 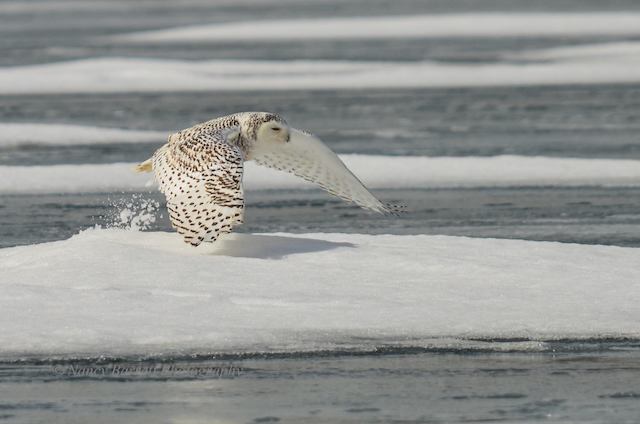 Natural photography chose her. As an unconscious habit, she started to carry a camera everywhere she went. Her camera has traveled with her from the Florida Everglades, the Mayan temples in Belize, to a safari in Kenya in Africa. Her passion for adventure drew her and her camera to hikes where nature taught her what books couldn’t: the art of mindfulness, seeing and loving the world in front of her. She learned everything else—the technical side of nature photography—through trial and error.

Being a wildlife photographer helped her develop another part of her personality. When she first started, Barrett would run toward a bird, only to see it fly away before she could take her photo. “It goes against my nature to be…quiet,” she says. But now she has taught herself how to move through the woods. One step at a time, she stays low to the ground and looks for trees and brushes to conceal herself behind. She is wearing a black jacket, but the lens of her camera has a camouflage cover to pass unnoticed by birds and any other animal.

Four years ago, in Tommy Thompson Park, a nature reserve also known as The Spit, she saw a family of Trumpeter Swans on the other side of a large pond swimming right to her. While holding her breath, and determined to be patient, she laid down on the ground and waited. Eventually, a few of the swans swam over to the shore and waddled up into the grass right in front of her. One of the baby swans (called a cygnet) even nibbled at the wood bead bracelet Barrett wore. The adult swans towered over her, but didn’t move to attack. “The trust those birds had in me,” she says, “just moved me. And there was not a single other person to share it with. That was a special time.” 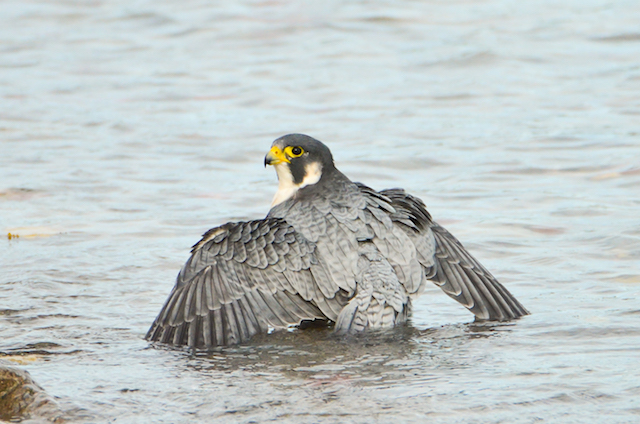 While we don’t see swans today in the woods, there are other things to appreciate. Barrett’s excitement flies with a Cooper Hawk that passes over our heads. Of course, she sees it first. Later, she gives me the binoculars for me to see an elegant male Northern Cardinal resting on the top of a big tree. She scatters small signs of enthusiasm and points out birds in the middle of her sentences. But she is also still, watchful.

When she’s ready to take a photo, Barrett stops talking. With slow motion movements, she takes her camera from her neck and holds it to her face. She doesn’t rush. A smile emerges as she quietly says, “Hi, little dude.” Moving her arms from one side to the other on the compass on her feet, she sings an I-got-it song every time she captures a perfect moment.

“This is like my meditation. It gives me an inside of who I am and who I want to be. And I’m so linked to the land. What beauties and what wonders there are still left to be discovered. I’m not perfect, you know,” she pauses and laughs anxiously. “When I’m doing this I feel right. I feel myself.” 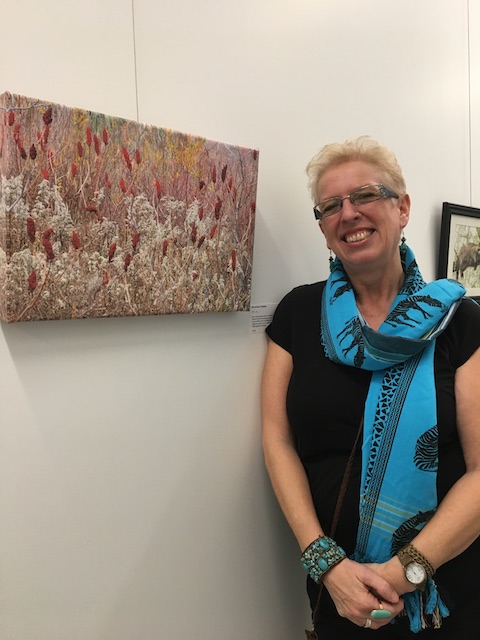 Nature photography, like life, exposes a story that not everybody can say or see. Barrett spends hours observing how animals behave, what they eat and how they live. Immortalizing these moments in a picture frame will not always be a living room wall portrait.

“It’s a shame [some wildlife photographers] are moving more to how pretty the animals are,” says Roger Leekman, a wildlife ambassador and member of the Toronto Camera Club. “You don’t learn a lot from a bird sitting on a branch with a nice background. It’s just a pretty bird.” But, you can learn a lot from a bird in action, he adds. “If you take a picture of a bird killing, eating, or feeding its babies it shows more. You learn more from that kind of thing.”

That’s all part of Barrett’s magic. During the morning we spent together, I learn that the American Robin is not a uniquely spring bird anymore. They have adapted to the winter. I learn Chickadees are friendly and crafty. That female birds dress up with quiet colors to hide their nest from predators. I learn that a winter’s tree is so much more than dead, empty dry branches; they can be birds’ nests, or they can be a rest for migratory birds.

Barrett says what she has is contagious. The passion. The eye for the incredible. On our way back from the Arboretum, she tells me about a recent a cold afternoon in downtown Toronto. The streets were busy. People trying not to bump into each other. A small group of people clutched their coffees waiting for the traffic light to change. Others were on their phones, heads down. A guy with headphones was dancing on his own. Sounds came from the construction taking place on the corner. In the middle of it all, she says, a bird was singing.

Nobody but Barrett seemed to notice. 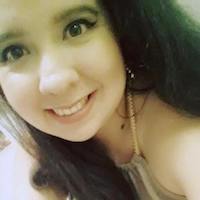