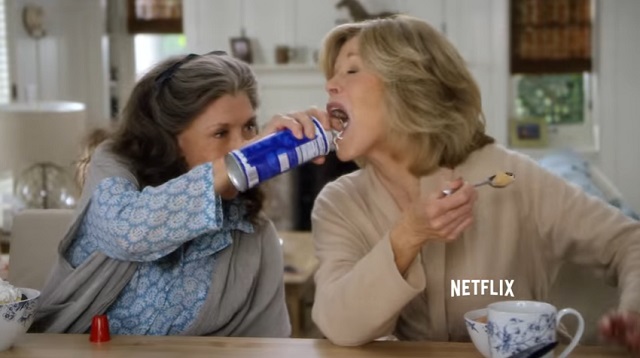 The future is female.

Surely, by now, we’ve all heard the expression?

Welcome to the third wave of feminism, where women are striving to be inclusive, body positive, civic-minded, and united in the desire to end misogyny, smash the patriarchy, and generally create change. We’ve reclaimed hateful expressions. We’ve taken “nasty woman” and “nevertheless, she persisted” and turned them into rallying cries that unite us in a shared experience of what it is to be a woman in a culture where misogyny is ingrained from the cradle.

Celebrities and ordinary people alike are owning the term “feminist” and educating others that we’re not the man-hating bitches that someone may have told you we are. We’re not about taking power away from men or wanting to be men. We don’t have penis envy. Instead, we’re looking for gender equality and basic human rights—and we will persist until our basic humanity is considered every bit as important as that of a man.

So it’s true: the future is female, because this wave of feminism is trying very hard to dismantle the misogyny and rape culture that continues as a blight on our world.

It seems unlikely that I would find feminist icons just by surfing Netflix, but I did. I stumbled upon the Netflix original series Grace and Frankie after watching a TED talk with Jane Fonda and Lily Tomlin on lifelong, female friendships.

I watched the first couple of episodes just to see what it was all about, having read nothing about the show before pressing play—and I fell in love. I absolutely adored everything about it. The dialogue is witty, the story is fresh, and for once, we’re presented with intelligent women who have a beautiful, strong friendship.

Here are just a few of the times Grace and Frankie, played by Fonda and Tomlin, give us feminist friendship goals (potential spoiler alert here).

1. They confront aging stereotypes. They show how society often dismisses and devalues older women, but Grace and Frankie also show us, time and time again, that there’s no such thing as too old. They aren’t too old to start over, to date, to have healthy sex lives, to learn a new skill or hobby, or even to start a new business venture. We haven’t had such a real, honest look at ageism since The Golden Girls. They don’t stop living just because they reach a certain age, and they show us what a full vibrant life can look like at any age.

2. They openly talk about women’s sexuality throughout the lifespan. They talk about sex in a straightforward way; this isn’t some sort of scandalous technique designed to get viewers. Instead, this show gives us a friendship where women are shown discussing things we actually discuss. And it doesn’t pretend that sexuality ends after menopause. Instead, they talk about everything from concerns about new intimacy, to lubricants, to gender equity where orgasms are concerned, to vibrators. And it’s not heteronormative and cis-gendered. Frankie’s feminism is the inclusive kind, and the show doesn’t shy away from the lingo that modern day feminists are using.

3. They support each other, even when they don’t agree. A feminist friendship that gives me friendship goals is one where each person respects, supports, and encourages the other. It doesn’t mean that we agree with our friends’ actions. But it does mean that we support their personal autonomy to make decisions that they feel is best for them. We don’t need any more of these shows where women are treating each other as competition and stepping on each other’s backs to get to the top. We don’t need any more television programming where women judge and criticize one another; instead, we need more shows like this—where strong women are supporting and encouraging other women, even when they are vastly different people from different backgrounds.

4. They unpack feminist issues for us. This show packs a punch and talks about being body positive. It even addresses slut shaming and other issues women face. Frankie regularly points out ways that misogyny exists in the world. And every time that this show incorporates real issues inside of the entertainment, they help shine a light on the harm in our culture of allowing these types of prejudices to define us.

5. They disagree and still work it out. Being supportive is great, but a true, strong friendship is one that can work through the difficult times. It’s also the kind of friendship where genuine apologies result from poor behavior and forgiveness is a real thing. So many friendships just seem to wither and die as our lives change, but the friendships that give us relationship goals are the ones that stay with us when it’s hard and never give up.

Grace and Frankie give us feminist friendship goals with every episode while also entertaining us. And I think these relationship goals we’re seeing come out of a deep need for women to truly connect. Female friendships are important. And yes, I used to be one of those women who claimed to have deeper friendships with men. Wrong, wrong, wrong. I simply didn’t have a lot of good examples in my life of strong female friendships. That sort of thing wasn’t often portrayed in the media, and I certainly didn’t see a lot of it in the public school system.

But I developed a friendship just like that as I got older. I have my “ride or die bitch,” my forever friend. And I’ve developed a strong tribe of fierce women who I know always have my back. There’s nothing in the world like that. So as women, and as feminists, we need more Graces and Frankies in our lives. We need them in our entertainment and on social media and definitely IRL because we’re not women who treat each other as competition or participate in body or slut shaming. Instead, we’re women trying hard af to be inclusive feminists who have loyal, supportive, inclusive feminist friends. We have these mad-feminist friendship goals, and we all need a Grace or a Frankie in our lives if we don’t have one already.