How our “What’s in it for me?” Mantra Holds us Back. 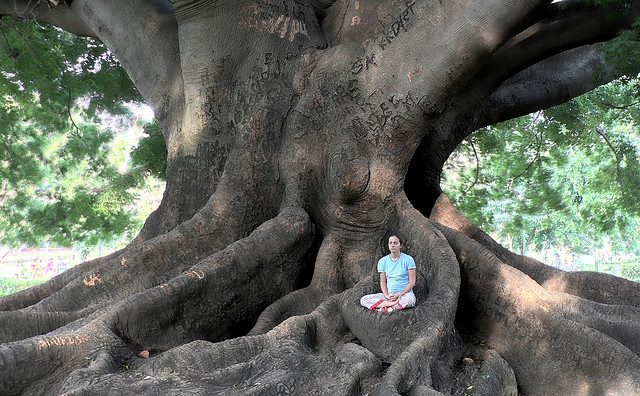 Maybe it’s how you were taught to get ahead.

I was raised to compete. “It’s every man for himself out there,” my dad used to say, “To get ahead, you have to outdo the next guy.” That’s how I was groomed to get what I wanted. Top of the list: to live the American Dream.

Competing to get ahead is a restless occupation. It gives rise to a restless mind, and mine was no exception. I had the weight of our culture behind me too. It urged me in my development to study hard, work hard, make a lot of money, and have a lot to show for it. To me, this had the ring of a patriotic duty. Few were the voices that questioned the intelligence of living such a competitive-consumptive life.

Like everyone else, I just wanted to be happy. I figured that financial security was a major part of the package, and I was willing to persevere to achieve it. I played by the rules, but before I knew what a mantra was, I already had one: “What’s in it for me?”

By most common measures, I became successful. I worked for Disney and later moved to Hawaii, where “the good life” got even better. As a freelance writer, I was my own boss, free to set my own schedule and travel as I pleased. But something inside me was missing. No matter how many gains I made, my contentment would come and go like sand through a sieve. I was always in pursuit of the next fleeting pleasure.

When our joy slips away, most of us just try harder to get it back. We do what we have been doing all along, only at a faster and more strenuous pace. I was no different. According to my social conditioning, I was making all the right moves, a model of upward mobility. What was the problem?

The problem was society’s formula for finding happiness. It might look good in theory, but it does not equate with reality. The messenger and message are upside down. Society does a masterful job of promoting and appealing to our worldly desires, persuading us that it knows what is worth our time and effort, but nothing it sells has the power or durability to keep us in smiles. Though its “good life” is portrayed as the Holy Grail, the more we buy into it, the more we are likely to wonder why the payoff doesn’t pay off.

Years ago, I discovered an age-old path to the peace and contentment I was seeking. It wasn’t fancy or fashionable. But the sheer simplicity of it was deeply effective. I walked into a class that taught me how to turn my energy inward instead of letting it dissipate in my outward chase of transient dreams and delusions.

In learning the sacred art of meditation, I discovered a stillness inside me that I didn’t know was there. It connected me to my innately divine nature.

What I’ve learned since then is mostly what I’ve needed to unlearn. I was looking in all the wrong places for what I wanted: outside instead of in. I was going about it incorrectly also. Instead of directing my competitive spirit entirely toward self-improvement, I was using it divisively, trying to be better than others.

“What’s in it for me?” was also working against me. I wasn’t nearly so happy when focused on getting more for myself than the joy of giving to others. And oddly enough, the more generous I became, the more abundance I attracted as well. Giving begets getting—what a concept!

Have I mastered the art of meditation? Or the science of selfless giving? Not by a long shot. My ego has its way with me more often than I care to admit. But every day of showing up at the altar of silence within me seems to make the rest of my activities flow more pleasantly and smoothly. And every gesture of kindness and generosity adds to my happiness quotient, too.

I am seeing now as if through a window that had long been shuttered. An expansive horizon has opened to me, and it’s right inside who I am. I see, too, that my happiness will always be fleeting when sought in outward pursuits, in pleasures that are finite in time. There is no escaping a letdown at the end of every emotional high, whether it comes as ennui, disappointment, or a more serious sense of loss and depression. Isaac Newton put it into words: For every action, there is an equal and opposite reaction.

There are many techniques of meditation being offered today. Mine is primarily spiritual. Whichever one you seek for yourself, I wish you a peaceful and joyous journey.
~ 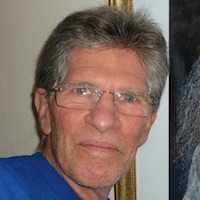