The Material World has No Soul & Here’s What to Do about It. 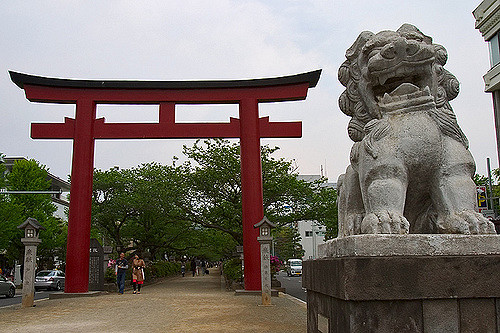 On my morning walk with best friend Chewy the dog, something hit home at the ripe old age of damn-near 60, something that maybe should have occurred long ago:

Want something not bounded by the material—God, a soul, the Tao, or the direct experience of emptiness? Then just look someplace else. It was like witnessing the low morning sun sparkling off a slowly moving river, watching the first hatch come off, and waiting for the rise.

Our family calls these “arrowhead” moments—moments where something so obvious hits so deep into midlife that the embarrassment is nearly complete. I was left wondering aloud with Chewy, now grazing on the tall fresh grass, why did it take so long to understand the material world is just fine as it is, but that it’s just not where to look for meaning? One of the advantages of dog walking is that passersby will think the owner is talking to the dog, which is a less threatening form of delusion.

Some of the slow uptake had to do with my chosen career fields of finance and law. Now there’s materialism in its truest sense! And yet, questions like, “How is money and wealth real when most of it is in the form of electronic book entries spread across multiple organizations backed up by mere promises to pay?” would continue to arise.

Fellow travelers, do not stop journeying. Along the walk, the morning flowers—tulips in these parts—blazed like small campfires on stems. Was their beauty objective? Then why did each flower ask to have its picture taken and sent to the one true love of my life? And why did my heart ache to bursting, knowing she is forever lost? Was it that the perceptual faculties, eyes, ears, nose, tongue, and skin were joined by some other awareness that caused the material and the sacred to arc across my chest like a spark?

And as it is with tulips, so it is with the arts: Something in them draws a connection between mere manifestation and something much deeper, something felt, and yet far beyond feeling as a measurable set of biometric statistics. Does that connectedness touch, maybe, dark matter and dark energy, whatever it is that comprises the vast majority of our universe, but remains unseen and measurable only by inference? Are they the “Source”?

Likely, the sages would say, what is touched is far more than even that. To imagine the seen and the unseen, the light and the dark, is to imagine the Source from which both arise.

The masterwork is made up of oil on canvas. But it isn’t that which mesmerizes us. The stillness of the ikebana vase draws us in and lets the ineffable arise. The dancer freezes, head cocked, and then flows on, and we regain the breath that was momentarily caught. To experience that moment is to connect with the sublime. To possess the dancer is a slavery even more imprisoning to the slaveholder than the dancer herself. Mere possession does not enrich us so much as foreclose the possibility of stepping into a more profound experience.

The dictator in his gilt palace is not the abbot in the stillness of the Zen temple. The dictator’s palace does not possess the inner, secret gateway that leads to the other. Its gaudy show only directed outward to impress and intimidate. Its gold leaf an ornamentation of the ego. While it overawes, it cannot touch true awe.

The golden palace of the despot is not even the blazing gate of hell, because even hell requires the spirit. The golden palace is merely a soulless facade that casts a shadow to eclipse the soul. It is at the Zen temple we find the mystical Torii gate that lifts us so that, later, on some quiet walk, we hear the pebble hit the bamboo, and we are truly free.

The tulip, the temple, and the dance. There are some things that, through our innate and basically good perceptual faculties, allow us to connect the material world to something beyond. Writing this at home now with the dog curled asleep, the thought arises: Maybe all things are able to connect us in that way, and beauty only makes the crossing-over easier. Watching this body slowly decay, we lose our hearing, laser-eye surgery gives way to reading glasses in the end.

And yet, if we keep our diminishing senses open, something else inside deepens and expands, mixing sadness with joy.
~ 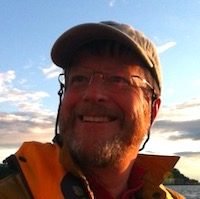