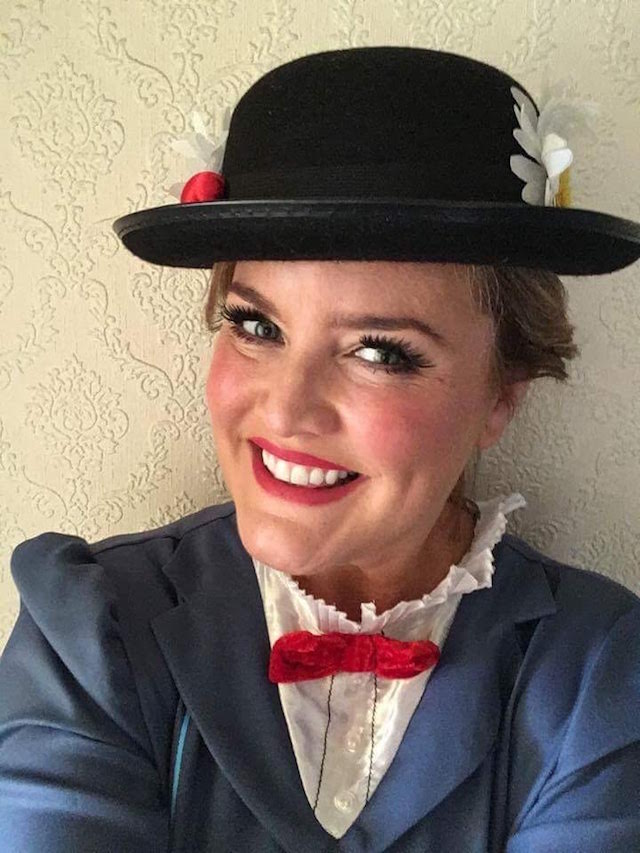 “There’s the whole world at your feet.” ~ Mary Poppins

Our imagination airlifts us to wild and exotic places, provides us with hope on dark days, and boosts us high into the sky and within arm’s reach of our dreams.

As a child, I was brimming over with wild imagination and fairytales of my own creation in which wonderful things happened away from everyday normality. I craved magic and mystery, staring upward on Halloween knowing that witches were flying overhead on their broomsticks.

I loved magical, all-singing, all-dancing musicals that took me to other worlds, so of course I was fascinated by Mary Poppins, the eccentric English nanny who breezed into London from beyond the rooftops with her parrot-umbrella and bottomless carpet bag.

The movie portrayed a unique and charming Edwardian disciplinarian who revealed a variety of surprises and much merriment beyond the flagstones of poverty-stricken London streets.

I mimicked this love of the Edwardian period by wearing long dresses with voluptuous under-netting and singing, dancing, and parading around with my younger sister, always holding the leading role of course—it was my storybook after all.

The story of Mary Poppins, written by P.L. Travers, also fueled my love of social history as it was set in the throes of the suffrage movement of the early 20th century. Mary’s protagonist role as a nanny took place in the home of a female suffragette.

I later read about the struggles and the bravery of the women who formed this social movement, and named my cat Millie after the combined names of Millicent Fawcett and Emmeline Pankhurst, two leading feminist heroes of their day.

Later, as an adult, I discovered that both my love of social history and my affinity for Wicca were carved into the foundation of my existence.

It was then that I met the real-life Mary Poppins.

Late in 2016, my sister introduced me to Emma, a practicing third-generation Pagan witch, stating that she is “just like you.” Emma and I hit it off online immediately, and although we resided in different countries, our similarities were readily apparent.

Emma and I both celebrate the seasons of the ancient calendar and recognize the oneness that blows in and around women and nature—like the breeze that carried the fictional Mary Poppins into the land of babies and children.

Just like Mary Poppins, Emma is also a magical nanny. The babies and children in her care have become interwoven throughout her previous lifetimes, forming strands and patterns within her Pagan ancestry.

Both her mother and grandmother were practicing witches, which allowed her to grow up with a deep acceptance of the craft. Emma’s knowledge was formulated without fear of expression or exposure to the outside world—a fierce inner strength akin to the feminists of the suffrage movement.

Her mother fostered children while Emma was growing up, and she fell into a child-minding role half-heartedly after leaving school.

She fell out of it just as quickly.

It wasn’t until a series of synchronistic events much later after losing her job that Emma combined the roles of make-up artist and nanny, purely as a “last resort” after having considered nannying a “struggle” in the past.

Emma gave birth to her baby daughter in 2011 and coincidentally named her Millie. She describes the intense love as a completion of her life—a magical alchemy for this little girl as beyond any kind of love she had experienced previously.

Instead, she saw the vision of children around her—her role in life was confirmed.

Emma’s ancestral pathway through her lifetimes are amalgamated, and she is both mother and nanny, showing us the hand of fate is a wonderful offering of emotion, humor, and vocational surprise.

She fell in love once more with “the smell [and] feel of babies and the joy and gift of children,” and over the past two decades has become nick-named Mary Poppins by many who have employed her due to her cheerful nature and corresponding outfits.

In May of 2017, Emma successfully changed her name to Mary Poppins by deed pole, a name which the head of a popular childcare website deemed “a wonderful idea.”

For Emma, this name change has deeper meaning: She no longer wanted to be just a make-up artist or a nanny, but a real-life Mary Poppins.

As a child, I was in awe of Mary Poppins’ ability to transform the mundane into magical. Now as an adult, I have the opportunity to meet her for real in the form of my dear friend, enlightened mother, Pagan witch, and respected nanny.

Whether we follow our chosen ancestral paths, our dreams, or a combination of both, self-awareness, self-acceptance and inner truth are our rock-solid foundations that propel us toward our true potential.

With a little bit of courage and a lot of imagination, we too can create a life for ourselves filled with magic, mystery, and inner merriment.

Are you courageous enough to live the life you feel destined for? Are you brave enough to take the medicine with a spoonful of sugar as Mary Poppins suggests?

When the easterly wind changed, Mary Poppins, with bottomless carpet bag in-hand, opened her parrot handled umberella and drifted over the rooftops of London, satisfied with a job well done.

We are responsible for our own swirling winds: the beliefs we hold about ourselves. When we are true to ourselves and blow faith in the right direction, as Mrs. Mary Poppins (formerly Emma Davenport) has done, we too can accomplish great things.

It makes you feel empowered to do great things, does it not? 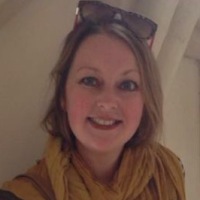