Postpartum was my Ground Zero—How I Rebuilt. 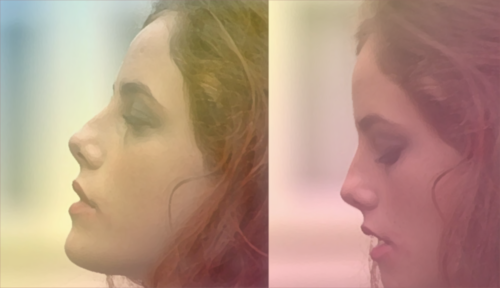 It was raining on Mother’s Day.

The rain, soft and persistent, was not enough for a raincoat or umbrella but just enough to soak you through like the insidious grief that descends after child-loss.

I dread Mother’s Day more than I dread Christmas or my birthday. When Facebook or Messenger or Twitter or Instagram start lighting up with flowers and messages there is no place to hide and I have to face two irrefutable facts about my life, I am neither a daughter nor a mother. Apart from a fur child and a handful of proven close friends, I am alone.

My mother died of cancer five months before I gave birth to stillborn twins. If I had sat down and tried to plot the worst things that I could imagine happening to me in life, it wouldn’t have been that. As an immigrant in a new country and with no network of friends to fall back on I found myself sucked into a vortex of darkness without beginning or end.

It took two years before I was diagnosed first with postpartum depression, which turned into clinical depression brought about by, I’m guessing, through isolation. During those two years, my marriage fell apart and with it went my house, my middle-class social identity as “wife,” along with financial security. The death of my mother and the loss of the twins triggered my personal cataclysm or long dark night of the soul.

It was as if the universe looked down on me and said, “Ground zero baby—let’s see what you can do.”

My husband at the time could not understand why the blues were taking so long. He saw my continual depressed state as self-indulgent. We were both marathon runners and our ethos was pain tolerance and getting things done. My state of collapse was viewed as weakness.

Anyone who has suffered postpartum depression or depression will know that it’s like being trapped underwater. You pray that someone will see you and dive in to rescue you. In my case, I was simply unable to communicate. I lay in the spare room and stared at the wall for weeks. Words shriveled and died inside me. Eventually, I gathered the fog around me and moved out.

In the terrible year that followed before the divorce, I tried suicide twice. The first time, a fistful of sleeping pills and a bottle of red wine, merely served to knock me out. I woke up with a dry mouth and massive hangover. The second time I fitted the hose of the vacuum to the exhaust of my car. I climbed inside the car turned the ignition on and a vision of my cat came to me along with another vision of my tomato bushes wilting in the heat. I turned the ignition off and threw the vacuum away. My cat, my tomatoes, other beings depended on me.

When I look back, that day was a turning point. I had acknowledged to myself that other things depended on me. I still had something to give.

After the diagnosis of postpartum and clinical depression (and the relief that there was actually something certifiably wrong with me) I was able, inch by inch, to rebuild and heal my life.

When I saw my obstetrician for the last time he shook my hand and his parting words have remained with me. “Women,” he said, “never get over child loss. Be kind to yourself.”

He was right. I have never gotten over the events of the night I gave birth to stillborn twins, nor have I gotten over the loss that lives forever in my heart, but I have managed to change the course of my life. I have managed to rise from the ashes and give it meaning, first by taking a short course of medication and second through the activities of running and creative writing.

When I began functioning again, I returned to university to complete a Bachelor of Arts. I wanted my life to be defined by something more than loss. Through study, I wanted to try to understand what had happened to me. If I couldn’t leave a living legacy then perhaps I could leave a written one, something that would mark the passage of my existence and might be useful or offer comfort to someone.

My Batchelor’s degree turned into PhD in Creative Writing. My exegesis explored the role of childless women in the world. It made for depressing research. In the course of which I discovered two things about postpartum depression and child loss.

The first one was an article titled “The Forgotten Grief”. It was written by a doctor as a guide to other doctors warning them of the mental health risk to women who experience perinatal death and whose loss generally goes unacknowledged because of the universal privilege given to mothers with living babies.

The other one was a book of case studies compiled by two psychologists who were studying women with postpartum depression. Incredibly, and to make the case of the doctor who wrote “The Forgotten Grief”, all the women interviewed had living babies. Not one case study was a woman who had experienced child loss. Not one. The book negated the experience of child loss completely by its omission.

The symptoms of my loss, the hormonal roller-coaster, the black depressions, I could weather. Sort of. But I needed to have my loss validated in order to feel that my experience was valuable. I didn’t simply lose two children, I lost a future and I lost transition into the tribe.

The two main things that eventually contributed to me finding my way back to myself came from the hospital where I lost the twins and from the friends who came into my life along the way who brought with them the safety of rituals and the gift of their time.

Recognising the overlooked grief of child loss the hospital made a point of acknowledging and documenting the twins birth and life, however brief, through photographs, tiny imprints of their feet, official birth certificates and official death certificates. What this did was validate the experience of motherhood. The nurse also insisted (gently) that I hold the twins even though I was resistant to it.

I wanted to block out the experience so as not to make an emotional connection that was futile, but the nurses understood that in order to grieve properly, I needed to acknowledge the birth myself. Closure was offered by the hospital in the form of a full baptism and cremation with the ashes scattered in the hospital rose garden.

While deeply painful to go through, I was grateful to have had my experience acknowledged and to have followed through the rituals of death. The twins had their place under a rose bush and for years afterward I would visit them on their birthdays.

During the course of my research, I discovered that these processes are the exception rather than the rule in many hospitals.

When it came to friends, the core group of married friends to which I belonged abandoned me. I was now a single childless woman. I no longer fitted the married profile and I had no children to talk about. I was a loose cannon with a fog of grief around me and one woman actually said it upset her too much to be around me.

But in their place came other friends. People I would never have considered as friends emerged out of the woodwork. Colleagues I worked with invited me to their houses for soup on Sunday or established a pattern of meeting for lunch every day. I had no one to turn to and too proud to ask for help the people around me, mainly my work colleagues, intuited this and they spun a subtle web of support around me. I did a make-up course to take my mind off things and one by one my colleagues volunteered their bodies and their Saturdays to be my models.

There is no easy path out of the fog. There isn’t an exact moment when it will lift and the sun will shine. Rather, like the break of day, there is increasing light and a coming into being.

What I have learned from my experience is that the best way to help people suffering postpartum is through small daily rituals and acknowledgement. We want to talk about it.

If I had not gone through my personal ground zero I would not have rebuilt my life as it is today. What I have achieved surpasses anything I could have imagined. I was forced to fall back on my own resources. I have climbed out of the darkness but would not have been able to do so without the people who came into my life, who listened without judgement and, most importantly, gave me their time. 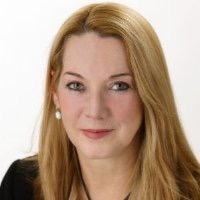