Pros & Cons: Which Type of Social Media User are You? 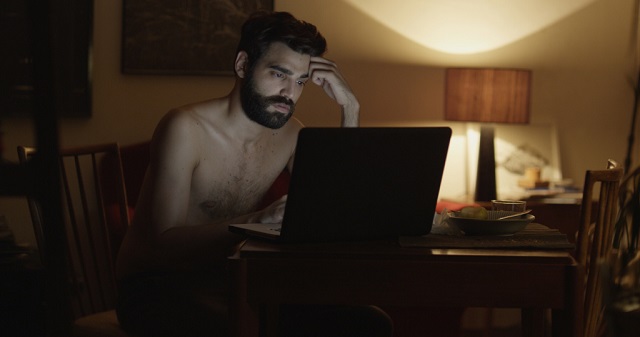 I’ve met two different kinds of people when it comes to opinions about social media.

On the one hand, we have the “social-media-is-the-god-of-modernity” people. These are the people who live on Twitter and Instagram, the people who defend the existence of the internet by pointing out that it is a part of society that isn’t going away, and so we should not only get used to it, but get good at it. These are the people who think of social media as something that will be of growing importance, something that you must understand in order to function in the world.

And then, on the other hand, we have the “social-media-is-the-gateway-to-hell” people. The people who don’t have anything more than an email account because everything else is pointless at best and opening you up to being stalked at worse. The people who worry about their children getting a hold of social media because they are not capable of enough critical thinking to realize that they shouldn’t share private information with strangers, or send out images of themselves that could lead to bullying or unfair treatment from others.

The way I see it, both sides have their points.

I know many people who have dealt with misfortune as a result of social media. Although I have never personally experienced cyberbullying, I have spoken with people who have, and they have told me that it is even worse than face-to-face bullying because there is no escape from it. It haunts you constantly, always there on your phone or your computer screen—no matter what actions you take to try and avoid it.

I have known young girls who have taken sexualized photos of themselves and sent them out on social media, only to be humiliated when those images fell into the hands of someone who was not intended to get a hold of them. These are problems that have existed before social media, of course, but social media has made them easier to persist.

But social media is not the problem. Social media is merely a vehicle, and it can be used for good just as it is capable of evil.

In my personal experience, I have a very hard time making friends in real life because I’m generally quiet and don’t really know how to approach people. However, by talking to people through social media, especially Facebook, I have been able to meet people and form bonds through conversations that might not have even taken place otherwise.

Another social media site, Tumblr, was beneficial for me as a teenager, because I was a socially awkward geek obsessed with movies and television shows, and Tumblr helped me to realize that I wasn’t alone. A whole community of people who shared my interests had gathered on this website, and I could share in their sense of humour or spend hours of my day revelling in my passions. Tumblr gave me a sense of community that I lacked at my own high school.

Social media makes it easier to talk about things that we do not tend to talk about in our daily lives, because it’s easier to bare your soul before an empty screen than a human being. You can be honest on social media, exploring issues like mental illness or personal insecurities without fear of judgment. You can reach out to people without ever meeting them face-to-face.

This has happened to me countless times: I discuss depression, or suicidal thoughts, or my struggles with my sexual orientation—the sort of things that I would never explore in vivid detail face-to-face with someone—and the next thing I know, I have people messaging me on Facebook telling me that they have felt the same way as me. Maybe they’ve felt suicidal at some point, but they haven’t had anyone to talk to about it. Maybe they’re closeted bisexuals. Maybe they’ve simply shared my thoughts at some point.

Either way, social media allows us to be more open, more honest, and because of that, it can make us realize that we aren’t alone: That our fears, insecurities, and struggles are merely human. They are something that many of us share, and the burden becomes a little easier to bear when we realize that we aren’t the only ones carrying it.

Social media allows us to meet and make connections with people who are nothing like us, as well. I’m a young white woman, and maybe the majority of the people who I see day-to-day are young white women, but that doesn’t mean that those are the only people I can ever speak to. Social media opens up my world to so much more than that, to so many different perspectives that I may have never considered before. I can read the private thoughts of someone living halfway across the planet if I want to, and I wouldn’t be able to do that quite so easily if it weren’t for social media.

Social media allows us to learn about people. Sometimes we learn ugly lessons about how much we are able to trust a faceless stranger behind a computer screen, and sometimes we learn to open our mind and consider perspectives that we’ve never encountered in our daily lives.

So altogether, what does this mean? Is social media a good tool, or a an evil one?

In my personal opinion, it’s neither good nor evil. Rather, it has the capability to be both. There are many things in this world that are just as beautiful as they are sinister, but that doesn’t mean that we should avoid them completely.

Social media is a passive tool that is shaped completely by the person using it—it is up to them to make it what it is. And I can say that we should just be careful about what we post and try to make the internet a positive place for everyone, but at the same time, that’s a difficult thing to maintain completely.

Some people are going to use social media for ill. Some people are going to steal images that don’t belong to them, or hack accounts, or simply be generally rude, and sometimes there’s no real way to avoid that. That’s just life. But just because there is negativity out there, that doesn’t take anything away from the wonder that exists as well.

So what can you do, if that’s the case? How do you cope with something that is just as negative as it is positive?

Well, probably the most powerful thing that you can do is make sure that you aren’t contributing to the negativity.

Speak kindly to your fellows on the internet, make sure that you are creating a safe and comfortable environment for most of the people you encounter, and maybe that won’t always protect you.

Maybe you will meet with someone who is less than positive themselves, and as much as you can’t just ignore them and their existence, just try to keep it in mind that they are only one half of a whole.