The Biggest Mistake we make in every New Relationship. 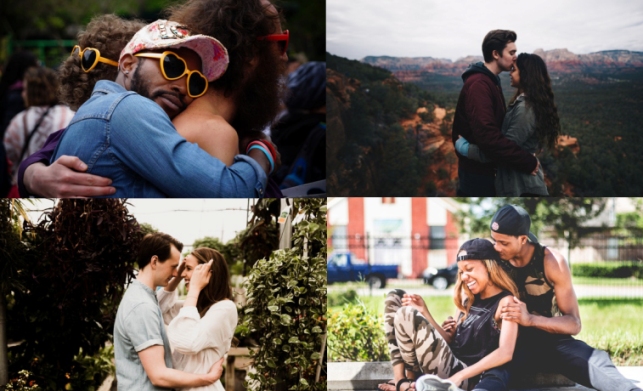 When I think back to every relationship I’ve been in, I’m always a bit nostalgic reliving the early stages of the courtship.

Those butterflies in the stomach before seeing each other, the flirty text messages, and the wild chemistry that simmered beneath the surface every time we were in a room together.

There’s nothing that can compare to those first few months of exploring each other’s bodies—the relentless need to stay awake till all hours of the night engaging in multiple rounds of delicious foreplay followed by exquisite love-making, and the insatiable desire to forego hunger, thirst, and sleep just for the sheer delight of pleasuring each other.

Which is why it’s no surprise that many of us overlook the very things we know ended the person’s last relationship, and that are screaming at us relentlessly in the background behind this blissful, pink cloud like a smoke alarm trying to warn us of an impending fire.

We all know what this looks like. It’s the guy we jump into a relationship with, knowing he has a history of being emotionally unavailable.

It’s the smoking hot woman we’ve lusted after for months who finally gives us a shot when we know she’s been indecisive and dismissive with men, typically dropping them like a hot potato when the next best thing comes along.

It’s the person we know has cheated on their last few partners, yet has managed to convince us that they were unfaithful because their needs weren’t being met in the relationship, or their ex was a total prick, or they simply “weren’t happy” and for whatever reason acted out.

So we make the biggest mistake we can make in any new relationship:

If you’re reading this and you felt that little punch in the gut accompanied by a slight wave of nausea because it sounds like I may be talking about you—read on. I’m most certainly talking about you.

And just so I don’t come across like I’m somehow above doing this very thing, let me be completely honest and say…I’ve done this very thing. I’ve done it most of my life, actually.

I used to be on an endless quest to prove to myself that I was special.

I needed validation that I was different than every other girl a man had ever been with.

I needed to prove that I was so damn lovable, whatever patterns some guy had coming into the relationship with me—whether it be infidelity, neediness, the inability to commit, lover of the chase but never the prize syndrome, or emotionally unavailable—I convinced myself that I was the cure for it.

But, it turned out to be a big, fat no—I am not the cure, and I can assure you that every relationship I had with someone who exhibited these patterns ended with, I’ll let you guess…

That exact relationship pattern playing out, with me in the starring role.

So, here’s where we all have to start being radically honest with ourselves. When we start any new relationship, it’s incredibly important to go in with our eyes wide open and the willingness to put our romantic fantasies aside for a moment and to get real with ourselves.

We have to first be willing to ask some of the unromantic questions of our partner to get as much information as we can about who that person really is underneath all that smoldering sexiness and charisma, and learn more about what their past relationships have been like and how they felt being in them.

Some people will argue that most of us are never going to answer these questions 100 percent honestly because we want to present our best selves to the person we’re interested in. And we most definitely are going to give our own version of what went wrong and omit any details that paint us in a poor light.

But, at the very least, we should be asking the questions.

More often than not, I believe that most people are willing to be at least partly honest about their pasts. Yes, they may not divulge all the details and that’s totally legit—who wants to dwell on the past, especially if we’ve done things we haven’t exactly been proud of?

But my experience has been that most people are willing to admit why things didn’t work out and what their ex’s complaints or feelings were about the relationship as well.

As we get to know people on a deeper level—past the honeymoon phase—and discover things about that person and their pasts that we know won’t work for us, we have to decide right then and there if we are willing to risk being the next person that person has an encore performance with.

And here’s the thing…I’m not saying it can’t work out. We might be the exact person that our partner needs in their life right now to help heal that wound, or create transformation, or be the catalyst to that person’s growth and them to ours. That is often why two people are brought together by the universe in the first place.

What I am saying is that we can’t act surprised or be indignant, angry, or disappointed if that person ends up doing the very same thing to us that they did in their last relationship. Patterns are really tough to break, even when we’re doing conscious work on ourselves to break them.

We can’t claim shock and exclaim to anyone who will listen to us, “Well, I never thought he/she would do that to me!”

Really? How many times have we, ourselves, repeated our own ingrained behaviors with multiple partners, no matter how hard we’ve tried to change or sworn we’d never do it again?

So, friends: eyes wide open—that’s all.

Talk about the hard stuff.

Be brutally honest about your fears and concerns right up front.

Don’t get all caught up in the butterflies, and chemistry, and all-night sex-a-thons without having those heartfelt conversations with yourself and your partner about where you and they are at now before jumping into the deep end together.

And then you just gotta be ready to swim and navigate the unpredictable waters with the knowledge that you jumped in fully conscious of what you were getting yourself into. And be willing to accept whatever the tide brings in.