The Meditation that brought Wonder Back to my Life. 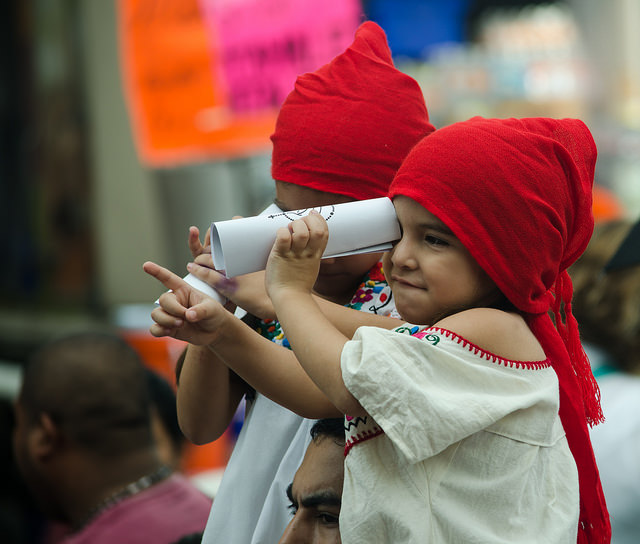 When the River Cuale forks in Puerto Vallarta, it creates an island that runs about a quarter mile from the big traffic bridge to the boardwalk before it meets itself again and flows into the sea.

On this island, there are hundreds of street vendors, restaurants, and shops that line the winding path through the jungle. Part of my morning ritual was to come here with my coffee and sit under the trees, listening to the river, and watching the people and animals go by.

It was my Mexican meditation time, and I loved it.

Back in California, it had been difficult to set aside any time for myself between the demands of work and the responsibilities of being a caretaker at home. My meditation practice had been sporadic at best, and I felt like I had drifted further and further from being in touch with the present moment. So, one of my promises to myself for this trip was to slow down again and spend a lot of time just noticing things, being present wherever I was, and feeling whatever sensations came along.

And the river never disappointed me.

One morning, I perched myself on a cement bench along the path and watched as a family opened their shop. It was Easter week, so all of their kids were out of school and helping to run the family business. They had a typical store: some leather goods, jewelry, folk art, lots of images of Frida Kahlo on everything from coasters to handbags, and of course, the ubiquitous t-shirt with the rip-off of the John Deere logo containing an image of a burro where the deer should be and sporting the caption: “Juan’s Deer.”

There were three children. A brother and sister who looked to be around six or seven, and their little sister who was one-and-a-half. The older ones were given brooms and instructed to sweep the front of the shop, while the youngest wandered around looking at bugs and picking up leaves. The sweeping was only moderately successful as the two older ones would quickly lose their concentration and the task would end up devolving into broom fights, broom hockey with small stones, or witch races where the kids would run up and down the path, holding the brooms between their legs and pretending to fly.

Meanwhile, the youngest had wandered to my side of the path and was systematically collecting the broad, shiny leaves that the Bursera trees had dropped on the ground. When she was about five feet away, her radar went off and she looked up to see me sitting in front of her. I gave her a big smile and she did that thing that little kids do where they pause with a blank expression while their brain figures out whether to like you or not.

After two seconds, her brain seemed to have made up its mind, and she broke into huge smile, a small giggle, and held out her collection of leaves as if to say: “Man, isn’t this great?! I’ve got leaves! Who knew my day was going to be this awesome?!?” Then she teetered over and gave me one before returning to her task.

As I looked down at the leaf in my hand, I could feel tears welling up in my eyes. It wasn’t the little girl’s generosity, although the giving nature of children always touches me. And it wasn’t the leaf—I’ve seen those before. It was her wonder. The ability to look at almost anything and go: “Wow! Look at this! Isn’t this f*cking amazing?” and mean it.

But we don’t get to keep that feeling. And my tears started coming because I knew that somewhere along the way, I had lost my own capacity for that kind of wonder.

Beauty doesn’t just appear to you, I thought after a minute. You have to make space for it. You have to notice it. And you have to remind yourself to appreciate it. Wonder is still there, but it’s been suppressed by our education. Beauty is seen as a distraction from the business of the adult world and our well-meaning teachers have done their best to sweep it aside so we have a better chance at “success,” which leaves beauty relegated to the sphere of those flaky dreamers, poets, and artists we hear so much about.

So we live in our heads. We worry about money, status, bills, the neighbor’s lawn, politics, and all manner of other things that society deems to be important. But we forget the leaf. We lose the ability to look at something as if it were brand new, appreciate what we’re seeing, and dig how awesome it is.

It’s a shame—and speaking for myself, I want my wonder back.

Now, I understand that I may never get back to the kind of wonder a toddler experiences. It would be tough to get anything done if I was struck with awe every time I saw a car, or a cat, or a toilet. But maybe, I thought, I can work on it.

And as I sat there with the leaf in my hand, I said to myself: “Check this out! I’ve got a leaf. Who knew my day was going to be this awesome?” And I meant it. 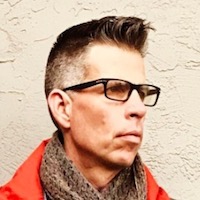