We Wouldn’t Bring Back Dog Fighting, So Why Consider Fox Hunting? 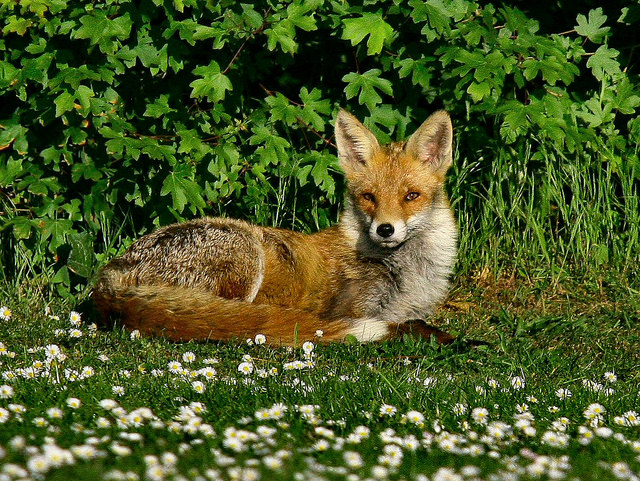 “When you shout for animals, some people want you to shut up. They’ll call you a fanatic, a hypocrite, an extremist, a bore. But shout anyway.” ~ Ricky Gervais

In the run up to the United Kingdom’s general election, Theresa May announced that she is personally in favor of fox hunting, and if she is elected, she will hold a free vote on overturning the fox hunting ban in England and Wales.

May explained, “As it happens, personally I have always been in favour of fox hunting, and we maintain our commitment.” She added, “We have had a commitment previously as a Conservative party to allow a free vote, and that’s what it will allow, would allow, parliament the opportunity to take a decision on this.”

In the U.K., using dogs to hunt foxes was only banned in 2004—and yet, bear baiting, bull fighting, and dog fighting were outlawed approximately 150 years ago. Not only has it taken decades for foxes to be protected, there is now suggestion that their lives are deemed so invaluable that it would be legal to allow dogs to chase them to the point of exhaustion before tearing them apart with their teeth. Imagine the outcry if there were plans to legalize bear baiting, or bull and dog fighting?

Fox hunting is barbaric and cruel. The practice traditionally includes a pack of dogs, along with a group of horse riders who pick up the scent of a fox and then track it until eventually it is caught—and then the dogs are free to slaughter it. This takes place during daylight hours, and often the fox is tracked for long distances over open countryside, making it an energetic sport for the dogs and horse riders alike.

Although the ban in the U.K. has been in place since 2004, fox hunting is still taking place to a limited degree by those who claim they are using exemptions in the legislation, and also by trail hunting.

For those who argue that fox hunting must be done as a method of culling, there is no evidence to support scientific reasons for fox culling. Even if this were necessary, there are far more humane methods of culling than chasing a fox for miles before allowing dogs to tear it to shreds with their teeth—which often results in a pack of fox pups being left behind to fend for themselves, or for a partner fox to be left relentlessly searching for their lifetime mate. In the case of the cubs, they may then be left vulnerable, exposed, and open to predators so they would very likely die of hunger or a similar fate.

It is already legal in the city to trap or shoot foxes if a garden is overrun and bins are raked by them, and also for farmers to kill foxes that come onto their land to prey for livestock.

It is also known that baby fox pups are fed to hunter’s hounds to train them in preparation for hunting. I can just imagine the outcry if kittens or puppies were legally used as bait in what is deemed as many to be a “tradition” or “respectable sport.” Click here to read one horrifying and disturbing account.

As a culture, many people tend to have a different mindset toward an animal in the wild than they do for domesticated pets. Yet, wild animals have all of the same senses, pain thresholds, fears, and capacity to love and protect as pets do. Although many cannot, or will not, consider the connection, most living creatures have the same strong instincts for family and survival.

Foxes are not too dissimilar from domesticated dogs. The Institute of Cytology and Genetics at Novosibirsk in Siberia has been monitoring domesticated foxes for some time and they have found that when in captivity foxes are known to crave the love and attention of human beings, wag their tails, lick a human’s face, and play with toys in a manner similar to domesticated dogs.

Foxes are intelligent social creatures that are family oriented, fiercely protective of their young, and they form monogamous relationships that last throughout their lifetime.

Despite the claims for the reasons for fox hunting, it is a “sport,” and it is very difficult to see how it is carried out for any other reason than adrenaline-fueled pleasure. Hunters venture out on their horses early in the morning with a pack of bloodthirsty dogs that are raring to rip innocent foxes to pieces, not to cull the foxes for the farmers. Studies have found that even if the fox is not killed during a hunt, it can still be left with serious emotional trauma due to the enormous amount of physical and mental stress it endures.

Often, people justify the killing of animals by perceiving animals also as hunters and killers. The difference is, animals kill for survival, not simply for the enjoyment and fun that people find in the “thrill” of the chase.

Besides, humans kill animals and waste tremendous amounts of animal-based foods and drinks—this doesn’t offer justification for humans to be hunted and ripped apart by trained hounds and agonizingly suffer for prolonged periods of time until they die.

If the ban on fox hunting is repealed, it will allow changes in the numbers of hounds that are involved in this blood sport, as currently only two dogs are allowed to flush out the foxes which are then shot by someone on horseback; the current legislation is still horrific, but far less gruesome than being torn apart limb from limb by a large pack of hungry-for-blood dogs guided by “sportsmen.”

For anyone who would like to keep the current hunting ban in place, please contact your MP to urge them to vote against lifting the ban, raise awareness by sharing articles about what happens during fox hunts, share fox hunting videos, sign petitions, and join one of the many campaigns currently active on the internet.