2 Important Things to Consider if you want to Learn Buddhism. 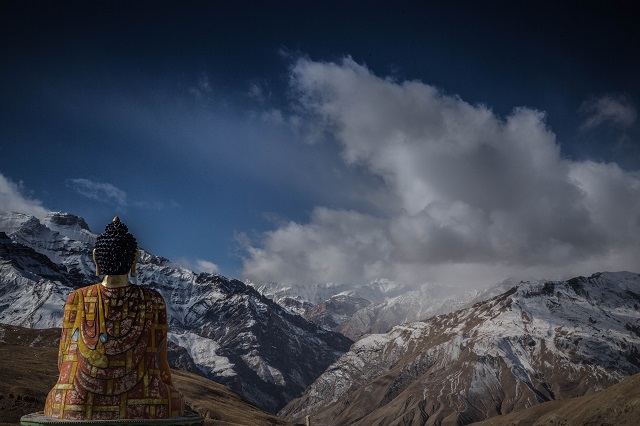 Ever since Buddhism made its way to the West, more and more people are keen to learn about it.

Oftentimes, Buddhism is misunderstood in the West, and some people approach it in a faulty way.

I began to understand Buddhism better after a few trips to the East, where I took Buddhist courses and got to know monks closely. But not everyone can just book a ticket and travel to the East so they can become well-versed in Buddhism. Many may be keen to learn it in depth, but they have responsibilities that won’t allow them to travel.

Like many others, I also misunderstood a few Buddhist notions when I started studying it—and I too approached it in a faulty way. Having said that, I realized that there are two things that we must take into account before delving into the Buddhist philosophy.

The thing is, many of us grew up learning that we should fear a supreme God and look to him for guidance in times of trouble. There are no gods to fear in Buddhism. The only thing we must fear is our own minds. Consequently, Buddhism suggests that all solutions to our problems lie inside ourselves. In other words, we’re the guidance that we need.

Also, we must be aware that Buddhism doesn’t contradict any religion, and Buddha had no opinions concerning God. This is exactly what makes it accessible to everyone, because we’re not asked to renounce our own religion to practice it.

Oftentimes, Buddha is confused for a god, but he is not. Buddha was just a human being who recognized the truth of suffering and who found feasible ways to eradicate it. He taught people the methods that he unraveled, and he made it clear that he did not want to be worshiped—his sole purpose was to help people awaken.

He understood that beliefs might be a hindrance to liberation, so instead, he focused on the methods. Most importantly, he asked his followers to test his teachings before practicing them—he didn’t want people to follow his teachings on blind faith.

Buddhism is like the lighthouse of our minds. It emits light to the darkest, lost parts of us and leads us to shore. Buddhism puts us in direct connection with our basic goodness and teaches us how to take responsibility for our actions.

2. We need to put our agendas aside. A few years back, I discussed Buddhism with a friend who was keen to learn more about it. However, she stopped at every notion and argued that it was wrong. She got pretty defensive, especially when I explained to her that we are not our thoughts. She argued that without her mind—her thoughts—who would she be?

I remember telling her that if she wanted to learn Buddhism, the first step is to put her own agenda aside. In order to let Buddhism sink in, we must truly unlearn everything that we have learned. Instead of arguing about the information, we must put the information to the test. This is what Buddhism is about. It’s not simply about learning new information, but rather, putting it into practice in our daily lives. We should make space for knowledge to enter, because Buddhism is simple, yet complicated at the same time.

A lot of people get defensive when they first learn Buddhism. Some take the notion of impermanence as pessimistic, while others say that Buddha was a masochist because he spoke of suffering so much—and others think that Buddhism makes people lazy. I personally thought at the beginning that the whole idea of “attachment causes suffering” was silly, because hey, I’m not attached to anything (said my ego).

What I’m trying to explain is that we must give Buddhism space in our minds if we want to learn it. For instance, we can’t approach it with a political mind or from an entirely philosophical one. We have to approach it with a relaxed and empty mind. And most importantly, in order to really understand it, we must reflect the teachings in our daily experiences.

Remember, we’re not here to worship. We’re here to practice.