6 Things that Running Taught me about Life. 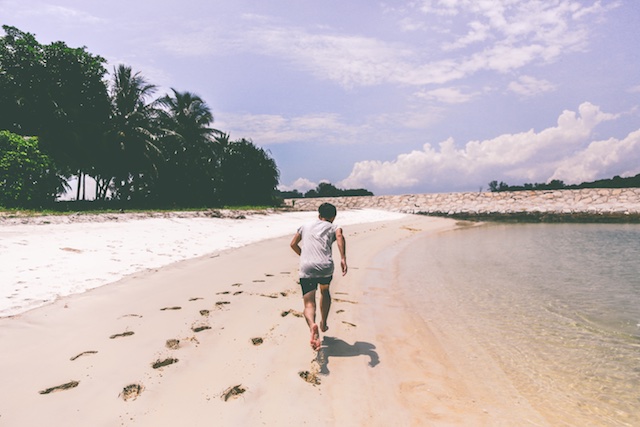 I recently ran 10 km for the first time as part of an event in Sydney, Australia.

As a newbie to running, completing the course was a real challenge for me, and I found myself doing a lot of thinking about simple mundane stuff—drawing comparisons between completing this physically challenging task and living life.

Here are six things I learned about life while running through Sydney with thousands of other people on that sunny Sunday morning.

1. Pool your skills, resources, and talents.

My training for this event composed of infrequent 5 km runs on the beach. I had never run 10 km before (I hadn’t even come close to running 10 kilometers) so I knew it was going to be difficult, and I’d be lucky to even complete it. There were moments on the run that were a physical struggle—from about the 7 km marker, the muscles in my legs hurt; while running up hills I found myself gasping for breath; I felt the pain of chafing on my arms as they rubbed against my singlet with each stride—but I kept going.

How was I able to keep running despite being in pain, completely out of breath, and uncomfortable? How was I able to complete a task which I had never even come close to accomplishing before? I was able to keep going and complete the run because of skills I had learned from my other life experiences. For example, I knew what it was like to run 5 km and to swim 2 km—I had done both of those things before; I used the meditation techniques I learned at a Buddhist group to numb the pain; I knew that if I just focused on the music playing through my headphones, time would seem to go faster.

In life, we are constantly faced with new and unique situations. We may come across a difficult colleague or client who challenges us in ways we haven’t experienced before, but we get through it because of other skills we have picked up along the way. Maybe we grew up with a sibling who challenged us every day and in every way possible (from fighting over who got to sit in the front seat of the car, to who got to eat the last piece of pizza). Or maybe we have completed a course in communication and problem solving, or watched a movie where a similar thing happened.

When faced with a new situation we can have faith that we will be okay because chances are we have developed skills along our life journey to prepare us to manage it.

During the run, I found that I couldn’t always go at the pace I wanted to. I spent most of the 10 kilometers running along at a snail-pace, except for a few times, surely by some form of miracle, when I received a burst of energy and suddenly felt like I could run faster. And then just as I began to gain speed I would catch up with another group of runners who were now running slower than me, and as a result, I would have to slow down again, too.

I am a very impatient person—being impatient means that once I make my mind up about something I like to take action (and see progress) straight away. This run taught me to take deep breaths and to practise patience, I can’t expect everyone else to travel at my speed.

During the run, all sorts of things caught me by surprise. People who were running at a steady pace suddenly slowed down, others fell over at my feet and nearly took me with them, and some suddenly stopped on the path to take a photo. It didn’t take me long to realise I needed to expect the unexpected, or as the Boy Scouts would say, “be prepared.”

I learned to be alert, to leave a larger gap between other runners and me, and to be on the watch for people who might stop in the middle of the path to do up a shoelace. Being on the lookout for these things meant I was less likely to need to come to a sudden stop or to trip over someone and injure us both.

In life being prepared for the unexpected means that we are better able to keep moving in the right direction when things go wrong, or go differently than we planned. It means we are more resilient and able to manage change.

4. Be open to inspiration.

As I was huffing and puffing over Sydney Harbour Bridge in the first five minutes of my run, I passed a young man in a wheelchair who was surrounded by a group who looked to be friends and family. I passed at just the right moment to see him stand up from his wheelchair and take a few independent steps amidst cheers.

There I was running across one of Australia’s most iconic landmarks, surrounded by Sydney Harbour, and the only thing I had eyes for was this young man with a look of sheer effort, pain, and determination on his face. Regardless of how hard it was for him to take those steps—he did!

How inspirational—if he could stand up out of his wheelchair and take those few steps, I knew I could finish this run.

Life is the same. We come across things in everyday life that inspire us, and the inspiration may come when we least expect it.

The first five minutes of the run taught me to be open to finding inspiration in the little things.

My aim in this event was to run the whole way. One moment of fatigue where I stopped running and started walking would have meant that I didn’t achieve my goal.

I told myself that running for 10 kilometers is as simple as one foot after the other, over and over again, but there were so many times during the run that one step after the other didn’t seem so easy. It would have been much easier to take a break and walk instead, but in order to reach my goal, I had to keep going (at some points I am sure I was running slower than I could have walked, but it didn’t matter).

Getting through life is the same. When things get hard it is easy to stop or give up but staying with the task will get us there in the end. Every step counts. Stopping through distraction, fear, or loss of interest, slows down progress and makes completing the task even harder.

After almost an hour of hard work and pain, I crossed the finish line, and in an instant, I realised I had done it, and a wave of relief came over my body.

The thoughts which I had throughout the run, “I can’t do this,” “this is crazy,” “why am I putting myself through this?” and “I will never do this again,” disappeared, and I was left with a sense of euphoria, elation, and achievement that I had made it. Not long after I found myself thinking about which physical event I would sign up for next—in those moments of elation I felt indestructible and ready to conquer a bigger challenge.

All good things in life come with their share of effort, work, and hard times—parenting, relationships, fitness, careers—but if we are happy with what we have achieved, then the effort and hard times are worth it!

This run taught me to relish the moments when euphoria sets in after an achievement, and to use the momentum from those times to plan that next goal.
~ 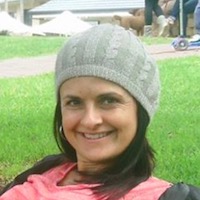