A Freak is Born. 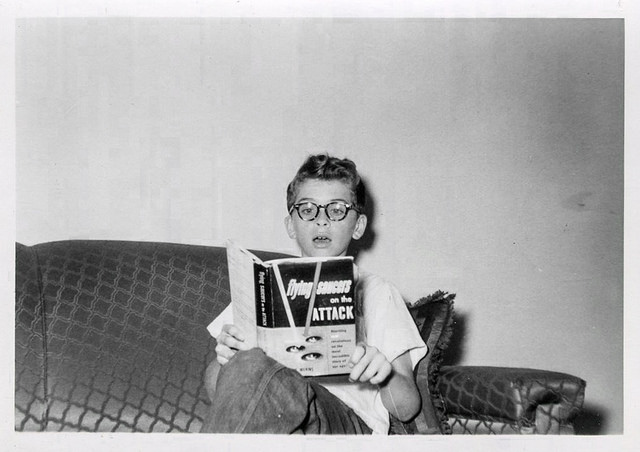 Our assumptions often get in the way of understanding our experience.

Some of them are so ingrained that we don’t see them as assumptions; we believe they are objective reality, independent of our thoughts and perceptions.

For instance, being born comes at the beginning of your life, and dying comes at the end. This is tied to the assumption that time is a straight line and goes in only one direction. But what if your experience doesn’t conform to these assumptions? Then you’ll likely experience yourself as a freak—and if you don’t pivot from those assumptions, you’re going to have a very difficult time.

I never felt completely here, as if I was more of a suggestion than a reality. I didn’t feel at home on the planet or even with myself. I was vague. It was as if I’d left the rest of me somewhere else. At one point I even borrowed my best friend’s laugh because I didn’t have one of my own.

So I was a freak.

But, I didn’t even have the benefit of identifying myself as a freak so that I could join up with other freaks for comfort and safety. I was an enigma to everyone else as much as myself. People were seeing something, something that made them say things like, “You’re so quiet, so artistic,” and then it became, “A guru—you’ve got this vibe,” and “I’ve never met anyone like you.”

I batted away any suggestion that I was special because I knew how unspecial I was, how full of darkness and confusion, how tied up in knots. I would say that my dominant characteristic was “constipated” in every sense of the word. I was a solid, not a liquid. I didn’t flow.

I remember dimly my first abiding perceptions of this place, this earth, was that there must have been some mistake. Who are these people? How did I get here? Doesn’t anyone see what a cr*phole this is? How do I get home? One phrase in particular that made me feel like an alien was, “I love life.” When someone declared that they loved life, I knew one of us must be mistaken, because there was nothing to love about living in this dense and misbegotten place.

Even when I went places where there was something I related to—such as certain kinds of music—I didn’t fit in, because people could tell I didn’t fit in. First of all, I was invariably alone—and who goes anywhere alone? And secondly, as people so often told me, “There’s something about you.” So, it was up to me to find out what that was or die trying because I was dying anyway.

To make matters worse, when I started to get a clue, to figure out what was getting in my way and blocking my flow and gain a sense of who I was, I only seemed to become more perplexing to others. The more I sought to engage with the world, the more it repelled me and now it had a new theme, “Who are you?”

The first time I heard that was from my former wife as our marriage was falling apart. At least the old me had managed to get a wife—and a pretty fine one at that—but now no one could stand to be in my presence, because apparently I had too much of it.

As I started to discern the things that I wanted to do in this world and sought out “my people,” be they freak or not, I found myself constantly stepping over the boundaries of the normal. It seemed I had overshot the mark. I was now too much for people to handle, too intense, too clear in my objectives, and too demanding in my expectation that everyone should mean what they say and show up when they said they would.

So that turned into an education in human nature, which still didn’t seem to be my nature. The humans I encountered sure didn’t seem to think so. So, after a long struggle to fit in, to be helpful, to make a place for myself in this world, I finally had to give in and consider the possibility that they’d been right the whole time, that I am and always have been a freak. A misfit. A stranger. An alien.

As I began to explore my own nature, I found myself having to consider certain freaky notions that I wouldn’t otherwise have considered but which did explain my experience to me in a way that nothing else could—things like angels, energy, cosmic events, synchronicities, alien intelligences, planetary ascension, and multi-dimensional beings.

Even now, I don’t relish those things like some people do—people of a freakier bent than I. I’m like a quantum physicist, who uses quantum theory, even though it has freaky elements to it like non-locality, entanglement, uncertainty, and quantum leaps—but it’s the only theory that matches the experiential results. I continue to test the theory and use it as long as it passes those tests, rather than become a true believer and stop paying attention.

So I’m a freak among straights, a scientist among freaks. I can go with the flow, but also bring the grand vision. I exist in a kind of quantum state from which anything can emerge, a lot of which depends on the situation, as per quantum theory.

Even something as straightforward as my age is a conundrum. I have elements of youth and age, and I’ve watched people tie themselves in knots trying to figure out how old I am. The usual way of determining one’s age gives a result that people reject and the nostrum “you’re as young as you feel” doesn’t cut it either because you can feel 20 and still look 60.

I felt like 60 when I was 20 and have been getting younger ever since. So I’m ageing in reverse, which doesn’t fit the standard model. The last two times I got my eyes checked, I had to get weaker lenses in my glasses, and I really need to go again because I can tell they’re too strong again. For the record, because it was bothering me too, I decided that my “real”
age is 39, and there it remains year after year because my youthening process counteracts the progress of time.

So yeah, at an age when people are starting to glance in death’s direction—by thinking about retirement for instance—I’m in the process of being born.

I’m discovering things in a way that you do when you’re a teenager or a young adult, while at the same time, I already have a degree in Human Nature from the School of Hard Knocks.

So, I still don’t fit in, but the people I’m meeting now don’t seem to mind too much, though I can tell they struggle to get a handle on me.

It’s all very confusing but I’m realizing I wouldn’t want to have it any other way.

If you’re the same kind of freak, maybe this will help you start to make sense of your own experience. 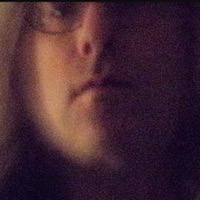