A Simple (& Complicated) Plan for Improving the Quality of our Relationships. 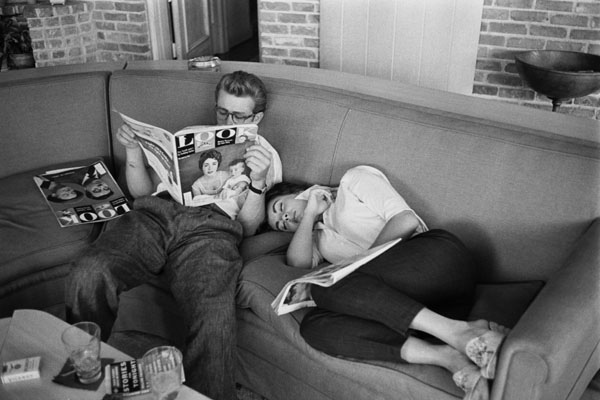 If I’ve learned anything from being on this planet for 47 years, it’s that there is only one path toward a better quality of life, and it is as simple—and as complicated—as raising one’s standards.

People can plan, they can make resolutions, goals, lists, and strategies, but until a person raises their standards on a visceral level, quality of life can not improve. This, of course, is a lot easier said than done.

I spent years feeling like I deserved better from life than what I was living with day in and day out, and I, like many people who experience this, became conflicted. Most of my adult life was spent in the throes of active addiction—a lifestyle that is punctuated by self-centered seeking of one need after another.

So what my well-meaning friends could not understand when I explained that I had been living like an ascetic and a celibate for years was that it was easy for me to justify this amends I was making to the universe for the decades of
degradation and negativity I had inflicted on others.

Perhaps my role in life now was as steward to my two beautiful little girls. But I would vacillate, thinking maybe I should not continue to accept a life devoid of all intimate connection.

Then I reflected on my troubled childhood.

My parents did not split up, but my mother would tell us she was leaving my father at least once a week. I was thoroughly cynical by the time I was 11 years old because when the person you look upon as being the wellspring of all worldly knowledge tells you something and then retracts it 150 times before your 12th birthday, it will undoubtedly color the way you view the entire planet.

So before I was even a preteen, I was consumed by how nonsensical it was for two people to remain in a terrible situation for no other reason but fear or habit. And even though a solid family unit is socially preferable to a “broken” family, there is no empirical data to suggest it is better. On an anecdotal level, I know I would have been much better off if my parents actually had separated.

In my own situation, and after much prayer and meditation, I decided to foster an amicable split with my partner.

Although I am sure we are different than most people, if it can be done this way I would recommend it. We agreed there would be no family court and no yelling. I would give her a portion of my income and we’d work out visitation the way two people who loved and understood each other would. So far, I relish the one-on-one daddy time I get to have with my children and they seem to really enjoy it as well.

I did not go running into the arms of another lover, nor do I expect to for months or even years. I have, however, awakened the hope that I will be able to build a solid intimate connection with someone in the future.

So how do we learn to raise our standards?

1. Replace the word “should” with the word “must.” Nobody in the world ever lost weight, quit smoking, or found the lover of their dreams because they felt they “should” do those things. It is only when people get to that breaking point where they realize it “must” change that they ever do change. So for myself, I decided I must have the love I craved.

2. Get clear about what your happiness looks like. One commonality I’ve noticed in all the biographical material I have ever read is the concise fashion with which people who have realized their wildest dreams have specifically mapped them out. No one has ever accidentally lived an incredible life. There was a radio interview with writer David Sedaris recently where he described how painstakingly he envisioned his success. It was poignant because in his voice you heard the sound of someone who would not accept less than he had accomplished. This kind of clarity is key. I sat down with my notebook and described in exacting detail the partner of my dreams—and I’ve resolved to accept nothing less.

3. Never predicate your happiness on the off chance that someone else might change. If you find yourself thinking “if only she would…” or “if he would simply…” for years, you need to get realistic. Lasting and significant change has never been forced on one person by another. It’s difficult enough to get your partner to concede that they “should” change—impossible to get them to a point where they “must” change.

Suffering is an integral part of the human condition and unless one finds the right combination of psychotropic drugs, there’s no escaping it. I guess the point is that there needs to be hope and faith that better days are near.

When you don’t have that, raise your standards.