Cutting my Hair Changed my Life. 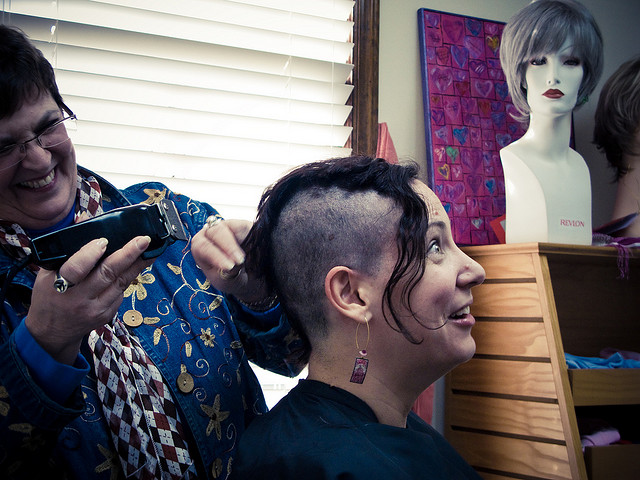 Women tend to have a strange relationship with their hair.

We’ve all heard the joke about women going to the hairdresser and asking for a trim, and then being horrified when a bit more is cut off than they intended. And, as much as it is a joke, it is also a sign of the strong attachment that we have to our long locks.

I remember feeling that way—before I cut my hair short.

Perhaps the reason that so many women experience this attachment to their hair is because society tends to have a strange relationship to hair. Many beautiful women you see in the media—fictional characters, actresses, singers—have long, beautiful locks.

There are men who are rather vocal about their opinion, that they “like women with long hair,” or think that, “Women with long hair are more beautiful.” Even from an early age, any girl growing up watching Disney movies will notice that, not only do 10 out of 11 official princesses have long hair, but their hair is a focal point, something that symbolizes their personality and what they are going through.

Pocahontas is seen with her beautiful, long black hair flowing gracefully around her face. Ariel’s vibrant red hair makes her different and more eye-catching than any other women in the movie. It sets her apart from her seven sisters. And, when Mulan cuts her hair, it is only so that she can pass as a man.

A woman’s long hair seems to be tied to her femininity and beauty, and it is by this message that women are dissuaded from cutting their hair, resulting in the strange relationship we have with it. Meanwhile, short hair is connected to masculinity and mental breakdowns—for example, the way in which the media reacted to Britney Spears shaving off her long, blonde hair.

Personally speaking, although I experienced an attachment to my hair, I also coveted short hair from a young age. I remember reading a series of teen books when I was young that had a woman on the cover with a bright green pixie cut, and I decided that I wanted to look like her when I grew up. I loved Sinead O’Connor’s shaved head, and Pink’s blonde faux hawk. The only thing that kept me from pursuing this look was society’s claim that I needed long hair to be pretty and feminine.

And then, when I was 18 years old, after I graduated high school and left town to begin university in the city, I decided to chop my locks.

It was a decision that I made to reflect the change in my life, but cutting my hair became a bit of an addiction over time. I started with a bob, but I moved through pixie cuts, faux hawks, mohawks, and shaved sides. I discovered that I looked good with short hair and I wanted to try it all out, to see if I could get away with it.

For the most part, the responses that I got were positive. Some people didn’t like my hair, telling me that it really changed my whole appearance and made me look less soft, less beautiful, but they were in the minority.

Now, it isn’t rare for people to stop me in the street or mall to tell me that they love my hair—and I do too. I was never very good at styling my hair when it was long, but now I need to put in half the effort to make it look twice as good.

And it seems that, ever since I cut my hair, more and more women in the media have been doing it too. When I was growing up, my inspirations were primarily the ones I have named, but since then, we have seen many cut their hair—Katy Perry, Scarlett Johansson, Kristen Stewart, Miley Cyrus, Ruby Rose…

Long hair is no longer the only option for looking beautiful—and people are beginning to realize that.

Although I initially cut my hair because I thought it looked beautiful, there was something else about it that I didn’t quite expect, but discovered fairly quickly—it is incredibly freeing!

To return to my discussion of Disney princesses and how they represent short hair, there is one princess who accurately represents what having short hair feels like—Rapunzel.

Maybe it’s an exaggeration to say that cutting your hair makes you any freer than a woman who keeps her long hair—and I am not saying that women who have long hair are prisoners—but it does represent how free short hair can make you feel.

Short hair is fun, free, and does not make you any less beautiful or feminine.