How I let go of Ambition & Found new Meaning in Life. 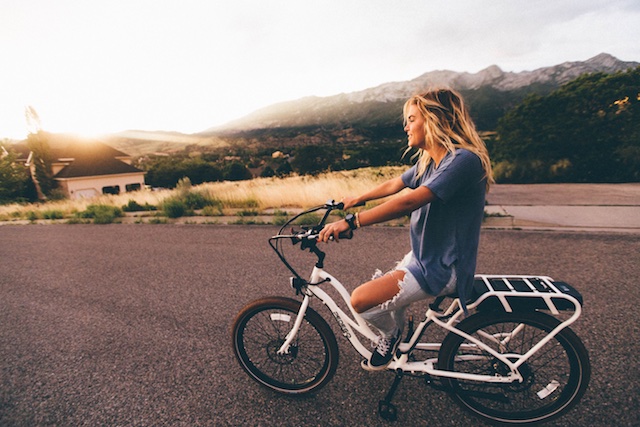 Can we achieve living carefree and living with intention?

This is often a question that contradicts its purpose. The definition of each seems completely at odds, however, one cannot exist without the other.

Over the past couple of years, I’ve internalized this question deeply—for what seemed like decades. Everyone has a different interpretation of it, and in every life stage, a different circumstance of what it means.

Do you know what kind of person you want to be? I didn’t.

But my parents did. After many years of following a “timeline,” I thought I did too.

Until I didn’t again. It wasn’t until I started earning my own living that I became more socially aware—and awake, in a sense. I realized I knew nothing when I opened my eyes. They were bleary at best and hazy for too long. Trying to see the big picture when, in fact, it wasn’t the big picture that was important, but rather, the current picture. The details of the here and now.

I was an accountant for a tech start up, doing repetitive, mundane—though important—tasks, day after day, analyzing bottom lines, budgets, cash flows, and repeating the process month after month, like clockwork.

My parents were happy. In their eyes, this was the American dream in the most concrete form: a cushy office job with a stable income and a 401k. They were Chinese immigrants who came to the United States for a better life and longed for acceptance in this country, working extra hard to compensate for the language barrier. They looked to me to fulfill their dream. And in some aspects, I did, but I wasn’t happy.

Yet, I didn’t want to let them down.

After a few years of building my career, it was then—on a Wednesday evening—that I re-watched “The Secret Life of Walter Mitty.” That made me open my eyes. It had a lot more meaning the second time around. It gave me the chance to take a hard look at my life and ask the hard questions.

Where do you see yourself in two years? Ten years?

A few months back, I took a trip with my family to China to visit the grave of my grandfather. They lived in a somewhat remote village in southwestern Guangdong. It was like stepping back in time, with water wells and non-paved roads—and modern plumbing still seen as the future. Seeing the family for the first time in my adult life was a refreshing welcome from the daily grind of life.

After 20 minutes of trying to explain what I did for a living to them, it became obvious that everything I was saying was outlandish. To them, a way of life is defined almost the opposite of what I was used to. Priorities are different, and vastly so. For instance, the importance of an ambitious life is overshadowed by tradition.

I was sad because I’d just wanted them to understand the importance of independence and the modern way of thinking—the future. And I was equally as sad, that I identified with it so much it practically defined me.

I’d woken up that night in a disarray of panic (and maybe jet-lag) wondering what I’d done to myself. For the first time in my life, I realized my deepest fears, desires, and dreams. They were not aligned. Not in the sense where you feel completely and fully at ease. Part of me felt like pouring out my frustrations into a journal to process these thoughts and write until no more words could come out.

It was then that the question of living carefree versus living with intention came up again. What does it mean?

I took a few weeks in the mountains to get off the grid and explore the channels of our earth. I hiked for hours, slept under the stars, played in the snow, and befriended locals. It was then that I realized that success is not tangible, but rather a collection of memories and experiences. I’d never found so much meaning in my existence than I did that day taking photos of sunsets in the waking blur of a million stars painted messily in the sky.

When I came back home, I decided to leave my accounting job and pursue adventures. To journey through the depths of my curiosity for this earth through travel, art, and writing. I found joy in pursuing things that made me feel closer to my soul.

And my parents? They may not understand it fully yet, but they are slowly concluding that traditional belief systems need to change. To change with the force of the moving world. In many ways, these cultural differences with my family are simply that—differences.

Part of me definitely questioned why I thought ambition was the most important thing. Why isn’t it to them? Maybe it isn’t just ambitions for yourself, as that would be selfish, but rather ambitions that move everyone forward so we are the same.

When society influences us on how to be fulfilled, we tend to believe it is the only way. There is no right or wrong way to exist. You live how you live while life unfolds. That is the end goal. It is how you interpret your life that sets you apart from your ego, your happiness, and the society we live in.

So, where do I see myself in a few years? I was writing idly until I allowed myself to really feel the solitude and aching of the words on the screen. And more importantly, to loosely set goals of living without judgment—carefree.

As in, living without putting any restraint on one’s mind. Living presently. To not get worked up over a future that has not yet come and is not yet guaranteed. While at the same time, appreciating the day-to-day like it is your last. Remember the twinkling of the stars, the haze of the morning clouds, and the smell of untainted mountain air.

Here are a few tips for exploring this question in your own life.

Choose for yourself. Carefree doesn’t mean careless. I want to choose to fill my life with happiness and goals—and spend each moment of my day knowing how I’ve mindfully chosen where to exert my energy, whether it be photography, or writing, nourishing the body with whole foods, or people I meet. Those energies will create your feelings, which, in turn, create contentment that all is well and okay—that you are just where you need to be.

Dream, and be okay with it, but dream presently. If you only look to the future, you are not really living. Let your mind wander and let go of resistance and opinions of others. Let your ideas of the world be set aside. It is not important. What is important is to identify your dreams and find ways to fulfill them, even if you are only taking baby steps. I enjoy writing and photography, but rarely do I have time these days with work. Make it a short-term goal to reach little milestones. Soon, your dream will be in full motion, and you’ll be fulfilled from that.

Development. I often seek personal and professional development. I thrive on human connection and the ability to be a better version of me day after day. I set aside time to work on passion projects, but I need a better system of ensuring I don’t forget about it when life gets busy. Like my relatives in China, another goal would be not to self-identify as we would ultimately leave this earth. That is not to say identity is unimportant, but rather understand that it is temporary, as all things in life are.

Live with active intention to be the best you can be, but also live carefree as you did when you were a child—seeing everything as if for the first time. Cultivating imagination, finding contentment in small details, and seeing the best in everyone.

So, is it doable to live carefree while living with intention? Absolutely. 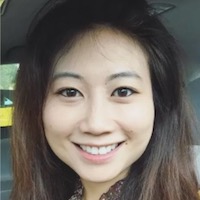