Let’s Fail at Everything. 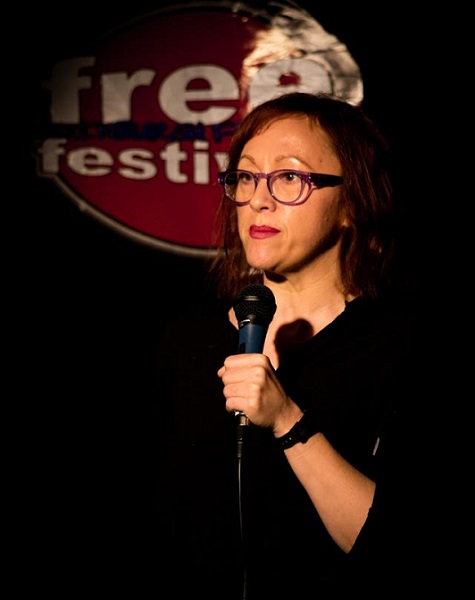 “If at first you don’t succeed, failure may be your style.” – Quentin Crisp

One of the greatest gifts that stand-up comedy has given me is a bad gig.

A gig with total silence after each joke—I mean tumbleweeds across the stage. Do you know how long 10 minutes of total silence feels like? You have if you’ve seen one of my gigs.

A bad gig should feel pretty brutal. But, I’ve survived every single one of them. Of course, I can’t say the same for the audience members.

You don’t have to be a stand-up comedian to experience this type of failure. In fact, please don’t. There are already enough of us out there clogging up the circuit, especially crappy, part-time ones like me.

We all know that failure has its uses. It shows us what doesn’t work. It redirects us. It inadvertently opens up other opportunities and possibilities we weren’t aware of.

Each one of us has something we’ve repeatedly failed (often spectacularly) at, and yet, we still keep going without even thinking about it:

We may have just gotten out of another disastrous relationship. But we’ll date again eventually, won’t we?

We may have had 17 different jobs that we suck at. But that won’t stop us from trying a new one, will it?

We may have quit another workout program. But we’ll join yet another gym that we’ll pay fees to and never visit, won’t we?

So why are we willing to fail at certain things over and over, while the fear of failure is so strong in other ways that it paralyzes us from achieving greatness, trying new things, and finding fulfillment and joy?

I have no idea. If I did, I’d be a millionaire.

Huh, maybe I should find out why. I could use a million dollars.

It is a good question though, and perhaps there are a few explanations:

1. Maybe we just can’t visualize the thing we want.

For some of us, it is a lot easier imagining meeting the right person than it is creating something that revolutionizes the world. Why? Because we are constantly surrounded by people in love, so we see that it is possible. But we aren’t necessarily surrounded by people who are fearless, inventive geniuses (can I get an amen?!), so it feels nearly impossible for us to imagine achieving the same. Almost as impossible as finding an edible, week-old McRib, or finding any edible McRib. If we can’t see the possibility of success, why would we risk failure?

2. Sometimes it is an internal battle.

Maybe we don’t feel we are worth that amazing, wonderful, secret goal we have, and we can’t face up to the supreme disappointment of not getting reaching it. When I was young, I really wanted to be Wonder Woman. But even at five years old, I believed that I couldn’t be her because there was no way my waist was ever going to fit into that costume. It had nothing to do with my heart being as black as asphalt, honest. I didn’t try on the costume because I didn’t feel worthy, and guess what? I never succeeded at being Wonder Woman because I wasn’t even willing to fail at it.

3. Failing can feel freaking awful, especially if we haven’t developed a thick skin.

And no, the thick skin on our feet doesn’t count (Also, stop and sort that out right now…summer is here!). It can feel crappy being turned down as often as a stereo volume button in your dad’s hands. And it can be fresh hell when we spectacularly, and very publicly, mess up. I feel devastated for weeks when I accidentally type “your” instead of “you’re” on a Facebook status, so how would I feel putting all my time, effort, and money into launching my frozen banana stand only to realize opening it in Alaska was like, the stupidest idea ever?

We have to get to the point where we don’t allow failure to stop us from trying for a goal in any area of our lives. Except if our goal is to be an exceptional arsonist—give that a wide berth.

But how do we get to that point where we no longer fear failure?

First, we can get resilient by trying to fail every single day. Picture a muscle. Not one of my muscles, but a muscle that’s actually exercised regularly. Little by little, with working out every day, it gets stronger. At least that’s what I’m told. And that’s what will happen to our resilience—it will get stronger and we will fear failure less.

Second, we can learn from our failures. This is so important, because if we don’t learn from them, what is the point? A while back, someone suggested I try a hash brown on my breakfast sandwich, instead of on the side. I tried it. Major fail. Believe me, I learned from it and haven’t looked back since.

Third, we can get to a point where we are so busy experimenting, producing work, and trying new things that we don’t have the time to wait for a “no” from people. We proceed to the next thing, more experienced and talented. The advantage of this is that when we get a “yes,” it’s a brilliant and pleasant surprise.

Lastly, we can remind ourselves that failure is no big deal. It really isn’t. We’re living proof that failure doesn’t kill us—well, failure of parachutes aside. We can make a list of our top 10 failures—the ones that stung at the time, but ended up being some of the best things that happened to us. For example, those of us who aren’t great using chopsticks to eat may discover that we can do realistic walrus impersonations with the chopsticks instead.

Every time I get on stage to tell jokes, I’m taking a huge chance. Especially since I’m so bad at it. I risk getting attacked—verbally and even physically—but it is a calculated risk. One day, a comedian who I really respect will come up to me and say, “I like your jokes. Will you write some for me? I will pay you.” That’s the thing I want, but it won’t happen unless I get up on stage.

Come on. Let’s go for it. Failure is a natural by-product of taking a chance. And it is only by taking a chance that we will get the thing we’re hoping for.

So the next time we are afraid to make a move, we can say this to ourselves: “Why should I be afraid of failure? I’m so damn good at it.” 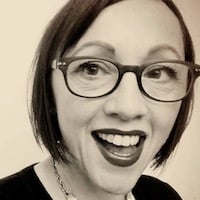