What Healing has Meant for my Wild, Mighty Heart. 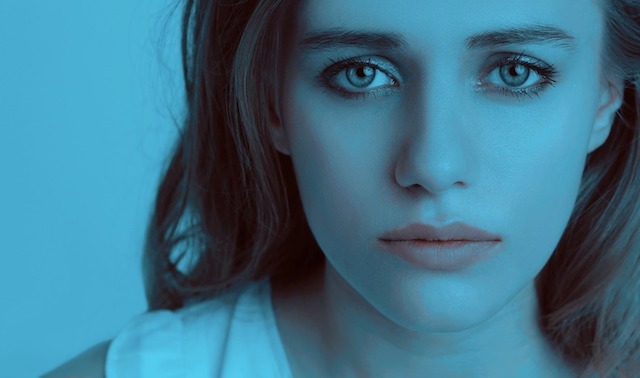 “It seems impossible that desire can sometimes transform into devotion; but this has happened. And that is how I’ve survived: how the hole I carefully tended in the garden of my heart grew a heart to fill it.” ~ Alice Walker

I don’t believe that healing is an endpoint.

The idea of having to be “healed” suggests there is something inside of us constantly needing to be fixed. I would like to explore what it has felt like for me growing into a person who feels like they are now experiencing being on the journey of recovery, and what it has, in fact, meant to “heal.”

For many years, I was on a wheel of “fixing” myself. I was always too little of this, not enough of that, and so I needed that book, coach, or expensive session to tell me what I already knew. Don’t get me wrong, these things I’ve listed have supported me on my journey, but what has changed is my relationship to and dependence on them.

Nobody, anywhere, in the entire world and across the continuum of space and time will ever be able to tell you a damn thing about your own process of healing or how to be. No one has had your experiences or seen reality in the way that you have. Nobody has your fingerprint. No one else can sing your song.

For a long time, “healing” felt like a thing I needed to achieve, or do. It has only been in the past year or so that I have realised that what I longed for was my own acceptance. To extract from myself the projections of others, that I had embodied and wore like foreign implants in my skin. To accept myself where I was at and work from that place. No amount of listening to other people’s ways of “healing” ever rang as true as when I started pouring my own words out.

Words that felt real for me. Sentences that only I could construct.

Healing, for me, sounds a whole lot like when people say, “love yourself.” What does it actually mean? How does it look? I guess we can never definitively answer these questions because words, such as, “healing” and “self-love” look and feel so different for each person—and so they should.

For me, healing has meant space. Simply, a space around the core of the hurt. Enough of a space so that I can slow down, actually think about breathing, and work on thinking different thoughts—rerouting different pathways in my mind and trying on something new.

For me, healing has meant unknotting, unravelling, unpacking, and laying it out. Finding my voice, small and shaky at first and then firmer, stronger—a rumble from the depths. Coming from a place of resonance rather than recoiling.

For me, healing has meant community. Opening up to share real things with those I trust, as well as daring to reach out a hand, or a finger, to those I don’t yet—and then working out whether to tread further in, or gracefully nod my head, walk away, and close the door without making either of us “wrong.”

For me, healing has meant feeling strong and certain enough of my own worth to walk away from those who don’t lift me up or extend love and care.

For me, healing has been eye contact and letting others inside my heart, whilst acknowledging feelings of fear and awkwardness and not letting them define me. It is accepting contradictions, but also being able to distinguish between what’s mine to hold and what’s not.

For me, healing has meant crying without shame. Allowing my tears to flow from a place of grief and deep sadness, rather than disassociation. It has also meant looking at those I love, and feeling hot tears of appreciation welling up behind my eyes—where once there was a fire of fear and contempt.

For me, healing has meant being strong enough to face responsibility and accountability in spaces where there was only ever blame and “othering.”

Healing has been when the burn turns into an ache, and then into fuel. When the grief turns to shades of love, longing, and sorrow. For me, healing hasn’t ever meant “getting over” anything, or “arriving” somewhere other than here—or somehow moving on from the past. It has meant a consolidation of the pain that once wore me. It means I now have more of a handle on it than it does of me.

I now see the complexity in the shades of grey of the emotions that come up and the thoughts attached to them, rather than stark black-and-white judgements about myself and others. I can now sit and hold other people’s worlds and world-views without always feeling a stomach of rage, because I can mostly now see where I belong and don’t belong in all of it.

Put simply, healing for me has meant an intricately small, but expansive freeing space between my thoughts, feelings, and reactions. A magical deep-breath-in that I allow myself to take in my own time. A place where I am allowed to dare to envision and create something different for myself because I finally feel like I have a right to be here in the world and exist in a way that feels good for me.

Finally, and most importantly, I wish to also acknowledge those who live in a near-constant state of survival through no doing of their own. Those whose communities’ “spiritual” methods and practices have been mimicked, misused, and exploited for gain by those with more power and much less understanding. Those for who the world and weight of “healing” means also the presence of justice, not only the recovery from trauma.

There is an incredible amount of privilege in having the space and resources to find ways and time to unpack and make sense of the hurtful things that have been inflicted upon us.
~ 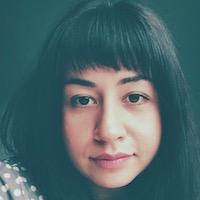