Sometimes my Kid is a Jerk, & that’s Okay. 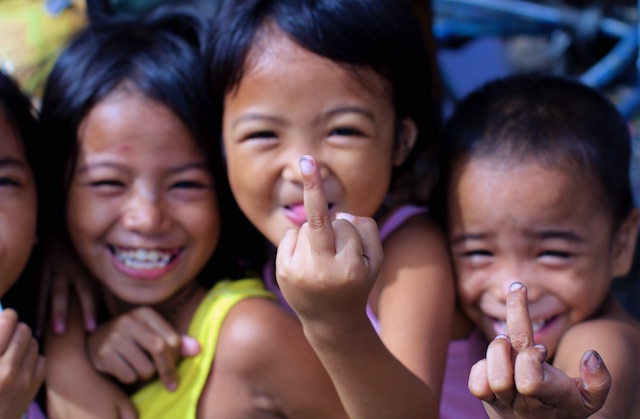 As a parent, my perspective is often thrown off kilter by things my kids say.

My eight-year-old son is often the one to initiate that shift. His ability to communicate the depth of his feelings and clear observations hit me hard. He has an intense bullsh*t filter.

Recently, he was eating dinner with some family friends and the mother asked him if he liked the pizza. He rudely responded with, “Nope. I don’t like the sauce, it’s gross.”

Instantly, I felt a knot in my stomach and the need to make excuses for his response. In the car on the way home, I began to reprimand him for being obnoxious. He looked me in the eye and calmly said, “You cannot ask me not to lie about things I do, and then expect me to lie.”

He was correct. He was doing exactly what I had taught him to do by being honest and my base instinct was to fumble for a lie to make him not seem like a jerk. What I showed him is a classic example of, “Do as I say, not as I do.”

He didn’t insult her, he wasn’t cruel—he was asked a question by an adult and he gave an honest answer. Isn’t that what we tell them to do? Why did I feel the need to cover it up with a lie? Why didn’t I accept how he felt?

We live in a society where adults sling horrible, derogatory, and damaging things at one another on social media and they become president. Adults are excused for being outright bullies and liars, yet our children must stay in line, follow the script, and never speak of how they feel.

We are, essentially, telling them that lying is a privilege of the adult, and that their feelings and thoughts do not matter.

That seems damaging to me. Why don’t we accept them for the extraordinary beings that they are, and allow space for them to have moments where they are perfectly imperfect?

I am not suggesting we teach our kids to be mean or hurtful—quite the opposite. Rather, let’s give them skills to access their feelings and communicate with kindness. In the future, I hope my son has a more tactful, kind response when he is asked about pizza.

I am not an expert on parenting, a pediatrician, or psychologist. What I am is a woman who has spent a lot of time and effort in therapy trying to get a clear image of myself and how I relate to those around me. Naturally, my kids are the people I interact with most, and so I have begun to see many ways in which I can serve them better.

Kids are smarter than we give them credit for. Often, their perspective is clearer than ours, but we usually miss it because we are too busy being an authority on everything. I believe it is possible to be in charge and still show humility.

You are under no obligation to be perfect and neither are your children. Every human on earth gets cranky and short-tempered—that needs to be okay for you and for them. Instead of placing impossible expectations on them to suppress it, and then showing our disappointment when they fail, why don’t we teach them the power of the pause.

Show them, by example and through your words, that it’s okay to be frustrated, angry, hurt, or sad. They’re normal for feeling that way, and what might help them take that feeling down a couple of notches, is to take a break.

I have noticed with my own kids that bad behavior is curbed by taking a time-out and going for a walk, or closing our eyes and breathing.

Do not for one second think you can show hypocrisy with your children—they will call you out on that so fast your head will spin.

In order for them to believe the authenticity of your words, you have to be consistent in your actions. If you tell them it’s okay to take a break and gather yourself, you best take a break the next time they are spinning a fidget spinner in your face, asking to use your phone to catch Pokemon, and smashing Goldfish into the couch while you’re trying to get work done.

In other words, you have to practice the pause and curb your own outbursts. “Screamy mommy” shouldn’t come to town as often.

Your children will not always get it right, especially in the beginning. Expect that—and be ready to validate that it’s okay. You cannot dwell on the past, but you can strive for better in the future. Give yourself the same leeway, please.

Resist the need to defend and excuse.

This one is tough.

You may know that your kid was a jerk, but lord help the other mother who dare say it out loud. What you may not realise is that she says it because inside she is thanking sweet baby Jesus that it wasn’t her kid who was acting like a jerk.

Insecurity is a sneaky, nasty thing and that’s exactly why she is pointing it out—it’s a reflection of her not you. Ignore her, it is not your battle.

Use bad behavior to teach.

When your child acts poorly and hurts someone’s feelings, address your child and let them know that you love them no matter what, that it’s okay to make mistakes, and explain to them how their actions made that person feel.

Do not, under any circumstance, make up an excuse. There needn’t be one. This is a golden opportunity to show them how negative actions make other people feel. Do it kindly, without shame or guilt.

Shaming them destroys the teaching moment. It shuts them down. Instead, try to give them suggestions of other ways to handle those situations, or ask them about their feelings and see if there is something bothering them. Usually, anger toward others is indicative of an underlying hurt. Now is your chance to gain insight into it and support them.

Ensuring that children feel safe and loved is our collective responsibility as adults. The more accepting we are of them, the more they will accept themselves. It gives them a better chance at taking personal responsibility for their actions. By embracing their flaws, as well as our own, we can show them what it is to be human, and motivate them to do better.

Let’s all agree to end the charade and be authentic toward one another. We are all working hard, we love our kids so much, and want the whole wide world to love them, cherish them, and revel in their amazingness.

However, it is disingenuous to think that they are never rude, mean, or obnoxious. We all are at some point.

Stop pretending that they’re just hungry or need a nap. Sometimes, little Bobby is just a jerk, and that’s okay. Remind him that you love and accept him—then give him the tools to do better.

And remember, Bobby is amazing—and so are you.
~ 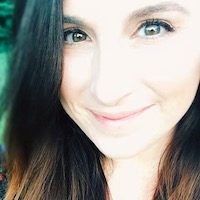