To Connect with Someone, we must Know What it Means to Forgive. 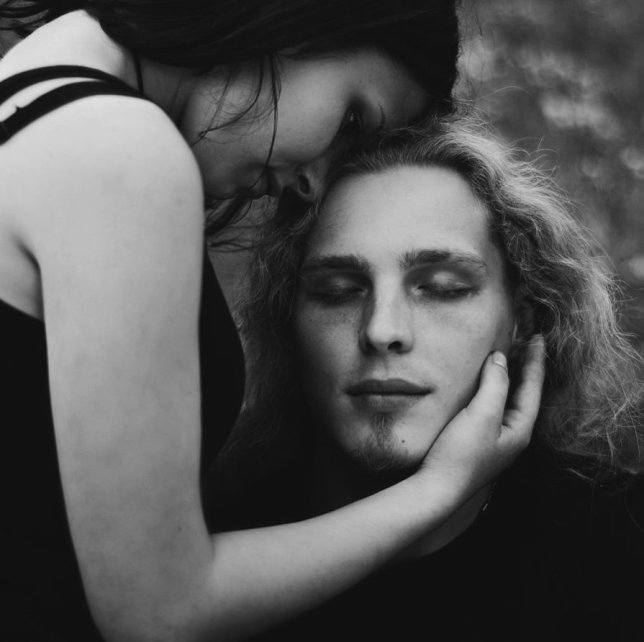 If we truly wish to care for and be connected with someone, then we must know what it means to forgive.

Forgiveness is not merely a matter of turning the other cheek; rather, it is about deeply understanding the nature of another, really empathizing with the felt experience of the other, and truly sensing where someone else is coming from.

If we are incapable of forgiveness, then how can we be possibly be enveloped in a conscious relationship?

“I just don’t appreciate them like I used to,” I said with a sneer, as we sat on the end of her couch. “There’s no focus there. They drink and mess about. They’re all over the place.”

We paused for a moment, and in those few seconds, we grew further and further apart.

Her face began to sadden. Something was happening here. A kind of gloom began to take hold, and I became afraid for some reason.

“I try more than you know. Why defend them? You are not like them.”

Anger began to arise in me. There was a shadow now growing darker over us, some deep force at play that was separating us from each other.

“That’s so arrogant,” she responded. “I don’t understand how you can sit here and speak like this.”

I sensed a deep anguish rising in her. We continued to sit in silence for a few more moments before tears started flowing from her stark, blue eyes.

I felt wretched, as though I had tarnished something beautiful merely to express my own malaise and selfishness.

“It’s time for me to go,” I said with a kind of spiteful sadness, unsure of what had transpired here. I gave her a hug, though with some resistance, and went about my way.

Forgiveness is predicated upon mutual understanding. The person being forgiven and the person that is forgiving are together taking part in an agreement of sorts, a kind of communion. It is a cooperative effort, a shared purpose. Without this sense of mutuality, this quality of togetherness, we are operating merely as isolated individuals and are totally disconnected from each other.

Forgiveness has a great deal to do with empathy, with the assimilation of the experience of another. We cannot forgive each other if we do not understand each other. In essence, forgiveness is a consideration for the emotional field of another, and this incorporates a quality of selflessness.

It is not a conceptual understanding; rather, it is more of an intuitive, experiential, felt understanding of what the other person is going through. The particular ins and outs of someone’s situation are perhaps less valuable than the grasping of the deeper layers of their consciousness, which is to say the “why” is more important than the “what” in regards to forgiveness.

We met up again later that night. I couldn’t sit with how things were left.

She sat cross-legged on the side of my bed, while I rested my head on the pillow. There was a different feel now—an underlying benevolence to our coming together, an impetus for connection. There was less of a sharpness than before. Everything felt weightless, ethereal, guided by intention, as though we were both here to mend something—to find something that had perhaps been momentarily lost.

“I just feel…” she began to say, tenderly, “I just feel like you weren’t being honest with me before. Like you were hiding something. You were being harsh, and it makes me think there are things you haven’t dealt with yet within yourself.”

I paused there quietly for a moment, looking up at the blankness of the ceiling.

“I mean…of course there are things I haven’t dealt with, you know? I’m certainly not perfect, like you said. But I try, you know? I try, and it upsets me to see our friends not doing the same.”

“You’re right, though. I can be scornful at times, and it’s because of my own stuff. I’m sorry.”

I gently placed my hand on her foot, just to show her I was there. Just to let her know this was real. Just to tell her that we were in this together, figuring out this life together.

“But why did you cry?” I asked, with complete and utter sincerity. There’s never been a question I wanted answered more badly than this.

Her eyes wandered across the room; her mind roaming elsewhere, while my rough hand rubbed against the smoothness of her legs, lightly quivering as I moved over certain parts of them.

“Can I hold you?” I asked with a calm intensity.

We embraced, letting everything go. There was no inhibition here. The past was the past, and the future was the future—but it didn’t matter right now. All that mattered was this bond, this connection, the fusion between us.

We let it all go, and we held each other as though it would be the last time we’d ever get to do so. “Self” and “Other” became intertwined into one force, one energy field, one unified field of love.

I kissed her for the first time that night.

Forgiveness might only come into being when we have let go of our own ego—when we have dissolved this false sense of being a separate and isolated individual that is inherently distinct from everything else. We are so much more than that, and it is only when we discover that “so much more” that we can truly allow ourselves to forgive and be forgiven.

This capacity to forgive is integral to the meeting of our highest potential as human beings.

Where there is forgiveness, there is love.