We Need to Stop Being Ashamed of Our Periods! 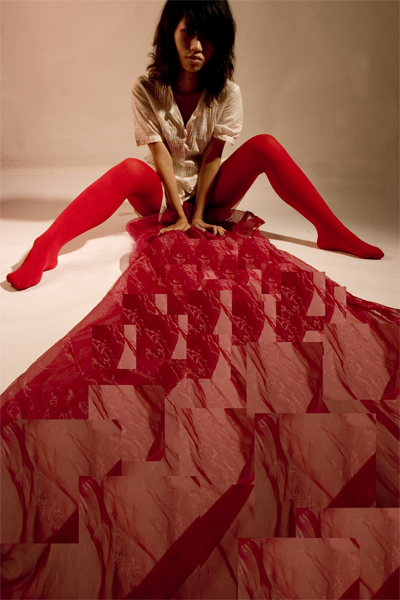 I have a confession to make: I am a person who was born with a vagina.

And, as a person who was born with a vagina, I am plagued with something monthly, something rather irritating, something that I’d really rather not deal with but nature demands that I have to. And besides, I suppose I’d rather deal with it than not deal with it, because not dealing with it indicates something very, very bad for where I am in my life right now. It has been called many names: “rag,” “aunt flow,” “crimson horror.”

It’s something that I’ve lived with since I was 10 years old, and it’s something that most people with vaginas deal with for the majority of their lives. And yet, oddly enough, whenever I’m in public and I need to go off and take care of it, I always feel the need to do so in secret.

Usually this is done in one of two manners:

And, as far as talking about periods goes, the water gets kind of rocky. For a long time in my teenage years, I felt awkward discussing it with anyone, having internalized the idea that periods were wrong and gross and overall icky. Now, I’m a little more open about discussing it, but, for the most part, the topic only ever arises among groups of close girl friends.

Men are more hesitant to talk about it—some are more accepting of the fact that it is a natural part of some people’s lives, while others continue to accept society’s generalization that women’s bodies are gross mysteries. Every once in a while, you’ll still hear the joke about how awkward it is for a man who is asked to go to the store to buy tampons for his wife, girlfriend, daughter, niece, next-door neighbor, or whoever, as though he thinks that by buying them, everyone will automatically assume that he is using them. As though buying them or using them is somehow degrading—and, yes, I know that the joke is that it is in conflict with his masculinity, but if his masculinity is so fragile that buying tampons attacks it, then maybe that isn’t the problem.

And when men are willing to talk about periods, it’s never as a positive or even neutral thing. It is not a simple fact of life, it is a hindrance to your existence as well as theirs. And, yes, people who actually have periods will complain about them—the cramps, the hormonal changes, the spotting, the whole process is a rather unpleasant one, but it is never someone who experiences menstruation who will accuse someone else of having their period because they are behaving “emotionally.”

The question, “Are you PMSing” is used to undermine and belittle a woman’s argument frequently, especially if she is angry. And periods have been used as the reason for why a woman can never be president, because if she were, then she’d probably “PMS” and declare war on China or something ridiculous like that.

Honestly, how can women possibly be proud or even neutral about the fact that nature has decided this needs to happen to us once a month when this is the way that we are referred to because of it? Of course we have to hide our pads when we sneak off to the bathroom—if we don’t, nothing that we say will be taken seriously! It will all be written off as being a result of “PMS” or “hormones.”

And the truth is, most of the men who talk about periods this way are incredibly misinformed about how the female body genetically works. Yes, there are some hormone changes that occur as a result, but they are not so drastic that they will influence a woman to declare war on China just because she can.

In my personal experience, my period just tends to make me cry at everything I see—movies, music videos, video games, a cute puppy, whatever. Is it pathetic? Maybe. Does it make me any less worthy of respect, and is it something to be ashamed of? No. Not at all. In fact, quite the opposite.

A person who gets her period does so because (in most cases) she is capable of creating life. That is an incredible thing that is difficult to fully wrap your head around—honestly, think about it: a person who menstruates is capable of creating another human being. And, hey, maybe I’m not currently at a point where I necessarily want to think about creating life, but it is still a natural part of my life that occurs every month.

It isn’t gross. It isn’t shameful. It just is.

So why should we feel the need to hide it? Why is it that going from a public place to the bathroom should involve trekking around a heavy bag or slipping a pad or tampon into its safe little hiding space? I mean, if someone gets a runny nose in public, they don’t need to hide the napkins from sight, do they?

And at its most basic, that’s what a period is: a bodily function, something that happens to us as human beings—just like a runny nose. A little bit inconvenient, sure, maybe something we’d rather not deal with, but nothing to be ashamed of and nothing that takes away our value.