We Need to Teach, not Bully Back. 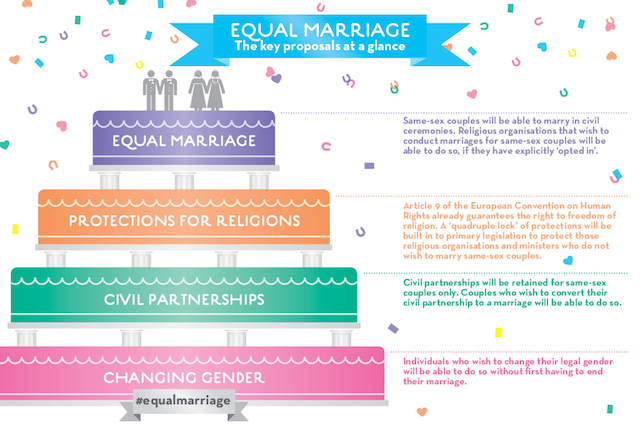 I recently heard about a young boy who took to Twitter and wrote something I disagree with.

“There are only two genders,” this boy wrote, and nothing more than that. No threats. No elaboration. Just a short sentence that disregards the existence of transgender, nonbinary, and genderqueer individuals.

Before I begin, I want to emphasize that this boy was an 18-year-old teenager who was just about to graduate from high school. And when people read his tweet that was, admittedly, unnecessary and bullying, they responded by bullying him back.

They messaged him with personal insults, telling him he was cruel and ugly. They sent messages to the universities he applied to, telling them not to accept him because he was a transphobic piece of sh*t.

And, yes, what this boy said was not okay. Any transgender, nonbinary, or genderqueer person who happened to be following him on Twitter could have seen that tweet and felt a punch to the gut—a realization that there was another person out there saying they didn’t exist and that the ways that they feel and think aren’t valid. And that is never okay.

But the reaction people had to this boy was not morally better.

More than that, it’s seems clear that men and boys have a harder time accepting more than two genders than women and girls do. This is not because men are inherently transphobic, but because men are taught from a young age that they have to “be a man,” so their sense of masculinity is important and needs to be maintained. When they see something they perceive to be an insult to their accepted way of how things are—such as a transgender, nonbinary, or genderqueer person—they react with offense or anger.

In this specific situation, what we had was a young boy still capable of learning, but stuck on his idea of right and wrong and having a hard time moving past that. He reacted by insulting a group of people who are already persecuted regularly, yes, but that is what he was nonetheless.

When he did that, nobody tried to teach him anything. Nobody tried to help him move past where he was stuck. They just insulted him, belittled him, and tried to ruin his life by limiting his access to the education that he actually needed.

And that’s just what this boy needed: education.

He needed someone to reach out to him and say, “I get that you believe that there are only two genders, but this is why I disagree,” and he needed that person to say it politely and with an open mind. Had someone done that to this boy, then he might have seen why his tweet could be considered offensive. He might have changed his mind about what gender can be. Or, at the very least, he might have been more respectful toward transgender, nonbinary, and genderqueer people in the future.

None of that will happen if people respond to him with hostility. In fact, there is a good chance that it will only increase his hostility toward them, because he will begin to feel like that community hates him.

I am proud to call myself an intersectional feminist. I want to do my best to learn about the experiences of other people, to spread awareness of the issues faced by women, LGBTQ+ people, people of colour, disabled people, people dealing with mental illness, whatever the case may be. But there are many people who feel the same way as me about this who respond to people of differing opinions with hostility.

I’m not going to pretend that I don’t understand where the hostility comes from, because it comes from a few places:

>> It comes from the belief that it isn’t as simple as saying that they have “different opinions,” because these are opinions that involve the very existence of certain people, or the very basic human rights that they deserve.

>> It comes from the frustration that inevitably occurs when you are trying to get your government to recognize that you deserve to be acknowledged and treated equally, but others refuse to allow it when they don’t even know your experience.

>> And it comes from the belief that it is not the life purpose of a person of colour to teach white people about what their experience is, or a transgender person to teach cisgendered people—it is something that you should go out and learn about yourself.

But I also understand that, if you are not a part of this community, then there is also a good chance that you are too busy dealing with your own dumb life to go out and learn about mine.

Regardless of a person’s reasons for believing something different from me, I love my cause too much to let it earn the hostility it will inevitably get if I am too dismissive of other people. Personally insulting other people and calling them “stupid and wrong” makes them upset. It makes them hate the person who called them that, and whether you care about that or not is your deal, but you should care that it will also make them hate the subject you are arguing about. It will close them off from ever hearing anything more from you. It will keep them from learning more, from becoming educated, from understanding why it is you feel the way you do.

But in many cases, even when these people are being harmful, they are not doing it because they want to be—they are doing it because society has made them believe that they are in the right. They believe in what they are saying. Getting mad at them will get them no where, but talking to them, having a rational discussion where you explain your perspective and you listen to theirs, might.

Maybe you won’t turn them into an ally overnight, but you will have introduced something to them that they can think on now.

Maybe they won’t think on it. Maybe you change nothing. But isn’t it better to be the bigger person and try to make them understand your side, than it is to bully people for not being on it?
~
~
~