Children’s Literature in the Resistance. 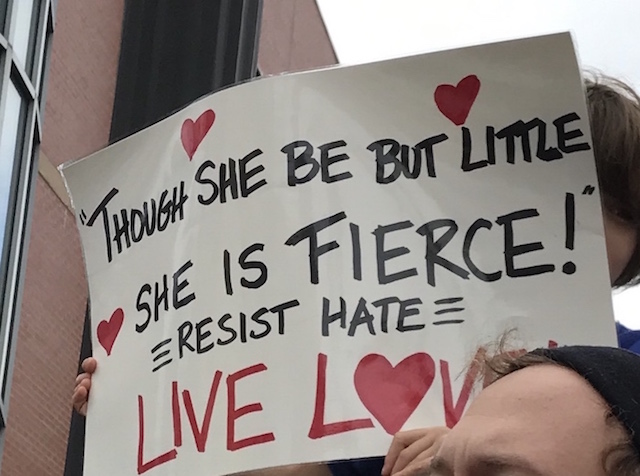 I am a first grade teacher in a Title I urban school.

In the days following the post-election executive order news stories in the United States, students asked questions such as, “Will my cousins be arrested and sent back to Honduras?” “Will I have to go to jail because we are Muslim?”

Children listen and hear in the context of their experience. Adults too. Thankfully, children’s literature can be a resource to teach and guide us all.

Since the time of the 2016 U.S. presidential primary/campaign/election, a publishing trend toward children’s books on resistance to political oppression and bullying has emerged. These books chronicle stories of resistance from a previous era, encourage readers to action, and/or have a message of standing up for what you believe.

As evidenced by their websites and interviews, many of the authors worked with a sense of urgency to get their books published quickly. They were motivated by recognition of the critical importance of empowering children.

“Sadly, our own U.S. history is rooted in a strong form of bullying called colonization.” ~ Maya Gonzalez

Donald Trump won the Republican primary in July 2016 and was elected (whether legitimately or not) as the 45th President of the United States of America on November 8, 2016. Throughout the campaign, primary, and election, Trump and his supporters threatened policy change, bullied opponents, and provoked incidents of hate speech and hostile actions.

Since taking office, Trump’s agenda, proposals, and executive orders have endangered well-established social programs and services. Political analysts have asserted that the changes the new administration has endorsed would negatively impact public education, affordable housing, healthcare coverage, immigration, and food security. Analysts argue that large corporations and the very wealthy will benefit from the new policies.

More than 75 groups have been formed to help resisters join together to become effective agents of change since the 2016 Republican primary. Children can be included as resisters. Children have a voice in times of resistance. Children have marched, fled, written poetry, and been activists throughout time and around the world—though their stories have not been frequently told.

The seven children’s books listed in this post contribute to the resistance by highlighting successes social change in the past, empowering children to find their own voice, and by presenting stories that value understanding, harmony, and respect for all.

Let’s explore the complex literary and sociopolitical aspects of these books. Who are the children? What are they resisting? What is their unique perspective/voice? How can they express their own experience/truth? In these books, where the children have a voice as resisters, what does it mean and what does it look like to “resist”? What is new and different about the current sub-genre compared to children’s literature in past times of political resistance?

We are Like the Clouds is a beautiful book of free-verse poetry in English and Spanish chronicling the experiences of children who emigrate from Central American countries; imagery and emotions convey their fear, sadness, hope, and wonder.

My night in the Planetarium: A True Story about a Child, a Play, and the Art of Resistance is the author’s true story of hiding from soldiers seeking to arrest his father for a political theatre piece critical of the government in Indonesia.

The Youngest Marcher: The story of Audrey Faye Hendricks, a Young Civil Rights Activist tells the story of the children who chose to march alongside the adults in 1963 Birmingham; they were arrested and jailed, and bravely spoke up for justice.

When a Bully is President: Truth and Creativity for Oppressive Times speaks directly to children as it encourages creative and self-caring responses to oppression. The illustrations include references to the #NoDAPL movement, and the women’s march in January 2017.

Feminist Baby uses humor with strong political commentary and is a celebration of heroic speaking up and speaking out without fear!

We say No!: A Child’s Guide to Resistance (Wee Rebels) acknowledges that in order to say yes to something right and good, we often have to say no to what is unjust.

Read these books. Buy them for your children, for your neighborhood, your local school. The children in the next generation need us to guide them to speak up and speak out.

In addition to the six included here, many more books that either highlight the story of women change-makers (such as I Dissent and She Persisted), or are satiric commentaries on the election (such as The Pumpkin and the Pantsuit) have been published recently or are scheduled for publication. Additionally, the third book in the March Trilogy—the historical account of John Lewis’ experiences during the Civil Rights Movement—was published in this post-primary timeframe. That many of these books have received attention, prizes, and honors is noteworthy. 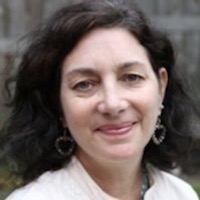