The Unexpected Places we Find our Purpose. 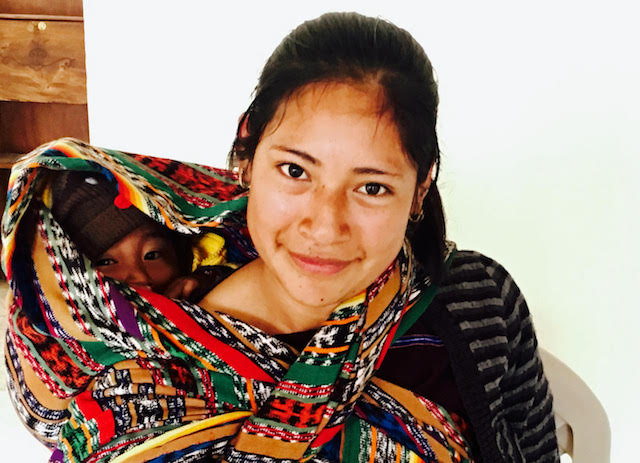 I was led to this birthing center; I did not seek it out.

In a way, I was blindly guided to my internship there. Everything fell into place when I moved to Guatemala for eight months to learn from the indigenous midwives in the highlands outside of Quetzaltenango. I knew not why I was drawn to Guatemala, I just knew that I was.

So I listened. I surrendered to the pull of the river like I have committed to doing in this life. It was not until being there, in the throes of reality working at a birthing center in a developing country, that I understood why I was brought there.

I was there to fully, without question, discover the work I came into this body and world to do.

The birthing clinic had a distinct smell. It wasn’t what you might imagine, with its intricate mix of random fragrances. Detergent, soap, latex, rich boiling corn, a hint of smokiness from a wood-burning plancha stove. I came to know this smell well. Opening the doors in the early morning and inhaling it triggered me to all that went on there.

Jenifer’s baby was born at 7:55 p.m. It was a beautiful birth. Her smile filled the room between contractions. She was simply lovely and so was her beautiful baby boy, born just a bit premature. She was a young second-time mother, accompanied by her toothless, pushy (in an endearing way) mother-in-law.

Imelda and I were in the washroom after the birth, our hands and arms gloved up to the elbows. Conversing. Laughing. Scrubbing the remains of birth that clung to the fabric and towels. The stone ridges of the homemade washbasin pulled the blood from the towels with every scrub, washing it down the drain.

Though the white towels in front of me sparkled clean at this point, I continued to scrub them. I was so enthralled in the beauty of conversing with Imelda that I didn’t want to break away just yet. My right shoulder become sore. You’d be surprised what you can get out of white towels with a stone washboard, a bit of elbow grease, and a beautiful conversation between a teacher and student.

The door to the clinic opened. The sound of its familiar creek interrupted Imelda and me from our conversation at the washbasin. We looked at each other, knowing what this meant at this hour: another birth. And we were right.

Haidey was 15 years old. She came in at six centimeters, scared and in a lot of pain. She was extremely anemic, you could see it in the yellowing scleras of her eyes. We had to try four different veins before one supported the I.V. we hooked her up to in attempt to mitigate her pending hemorrhage. With the small size of her young body and the intensity of her anemia, a heavy postpartum hemorrhage was not out of the question.

Between checking on Haidey’s progress in labor, we stirred the boiling corn in the kitchen, tending to both the pending tamales for tomorrow’s lunch as well as the labor tonight. Like the smells of this clinic, there was a mix of just about everything in this birth house.

Haidey was nearly fully-dilated when I checked on her again. Her cervix was at nine and a half centimeters. My fingers still found a subtle lip of her cervix, telling me she was not ready to push yet. This tiny half-centimeter was enough to hold the baby back.

As I massaged her cervix in circling motions to help her along to full dilation, I felt her bag of waters pushing against my gloved hands. It felt just like a balloon. It felt taught and pressured. Using my first and second fingers together, ever-so-gently and delicately, I gave the bag a slight pinch to puncture the membranes. I had been taught that this release of pressure of the amniotic fluid would allow her to get to 10 centimeters, fully-dilated, quickly.

Haidey pushed for a long time. Her hips were not mature, and pushing a baby out of them was proving to be a challenge for her small stature. She herself was small, probably 5’2” and under 100 pounds. She had barely begun to grow pubic hair and probably had only one or two menstrual cycles before falling pregnant. It was hard to watch such a young girl taking on such a task—one that I would have been happy to see her wait double her age to first experience. But she was strong, and nothing could be reversed at this point.

We could see the baby’s hair for nearly an hour. It took a long time for her vagina to open enough to move the baby through. But, in her own time, her body adapted, softened, stretched, and the beautiful baby girl came into the world, eyes wide open.

There was no vaginal tear or postpartum hemorrhage, like we had anticipated from such a small, young, and anemic mother. The baby girl was beautiful. Her eyes huge and explorative, taking in all the strange new sights.

As I tied and cut the cord, I was lost in complete presence with this beautiful little being. Feeling her weight in the palms of my hands, I felt divine energy grow in me. Channeling pure love and acceptance for her entire being.

My roots to the earth deepened and strengthened as earthly divinity moved up them, out of my hands, and poured into this new being I was holding, as if to welcome her and tell her—perhaps for the only time in her life—that she has the right to be.

It doesn’t matter what you call it, you know when you find the “thing” that you are meant to do. It becomes so clear, you feel it in every cell of your being. There’s nothing to decide or ponder about—it just is. 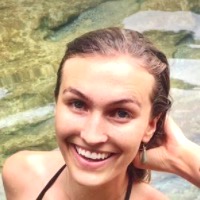