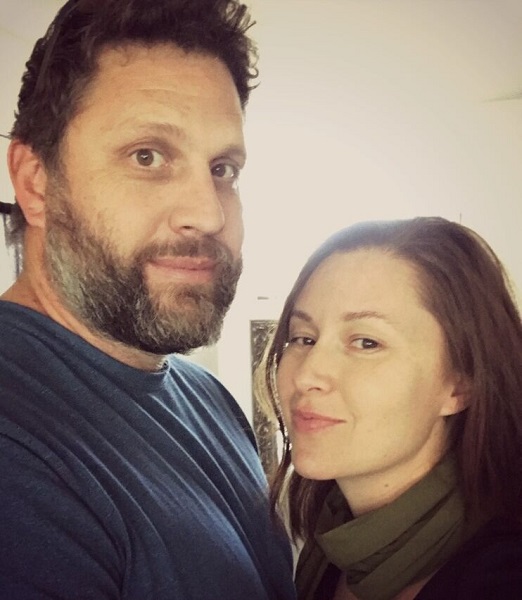 I tried yoga for the first time with my wife—and it was hard, really hard.

When I attempted to get sympathy, she laughed and told me I was overly dramatic, which made no sense to me. But oh my God, it was so hard and I nearly died during a really long Downward Dog.

I didn’t end up actually dying, but I did feel like I went into class completely unprepared. I know there are other yoga virgins out there who could benefit from my story, so I’ve asked my wife to include her side as well, in the name of “keeping it real.”

Not a single name or detail has been changed to protect the innocent.

Me: “You ready?” she called from the bottom of the stairs. I couldn’t help but notice how chipper she sounded.

My wife stood at the door with her yoga mat, water bottle, and a cheery smile. I nodded my head. I’m an athletic guy—I figured I could hang, no problem—and she’d been asking me to go for awhile.

Wife: I agreed to go to his gym with him—he lifts weights. And despite my yoga prowess, when it comes to weight lifting, I may as well have been Gumby, struggling to lift five pound weights. It was embarrassing, so yes, I thought yoga would be good for him, but I also wanted to prove that I’m not a total weakling.

Me: When we got to class, I stood in the middle of a buzzing lobby filled with women. They all knew exactly how this puzzle called “checking in” went.

Pay at front desk, put things here, leave shoes there, stop talking, negotiate room on floor for mat, gather blocks, blankets, and a strap (which will turn out to be too short rendering it useless), knock over wife’s water bottle, and startle sleeping lady on mat next to mine. Check.

Wife: He was so cute, this naturally confident, 6’5” man just standing there looking panicked. Every studio has a choreographed flow and I too used to stand there like a deer in headlights, furtively watching people for clues as to what the hell I was supposed to do next.

Me: Now imagine me in class, thrashing around trying to emulate commands made in a foreign language surrounded by women in graceful flow. As I stumbled through the hour, I kept thinking that I really could have used a “first-time yoga guy survival list.”

So in the name of public service, I’ve made a list of tips to help demystify studio culture and let others know what to expect. Knowledge is power right?

No one’s looking at you and judging your yoga skills—except for your partner, who will watch and laugh hysterically or ignore you and hope that no one knows you’re there together.

Wife: Noise is considered rude in class so I wasn’t laughing hysterically. There were, perhaps, a few silent, full-body giggles but I thought I was being discreet.

Before you go in, make sure it’s a Level One Vinyasa class. If the words “hot,” “level two,” or “with weights” are included in the class name, do not go in there. It’s a trap and she’s trying to kill you.

Wife: It was a perfectly innocent mistake; Gentle Vinyasa at 10 a.m. on Saturday and Yoga Tone at 10 a.m. on Sunday. Oops! Plus, I suggested not grabbing the 20-pound weights, but did he listen? No. No he didn’t.

Do not leave home without a water bottle and a small sports towel. It’s going to be hot and you’re going to sweat. Use the towel to wipe yourself off, especially your hands and feet. Yelping as you slip during the 17th plank of the afternoon because of sweaty hands or feet is embarrassing. At that point, everybody in the class will be looking at you.

Wife: Note—I brought him a towel, which he refused to use for the first 30 minutes until I began to notice him quickly swiping his hands whenever my back was to him.

Not only will you be sweating and dehydrated, but you’re going to need a reason to stop and evaluate your life decisions. Taking a water break is an acceptable way to do this without causing further scrutiny from the class.

Wife: Water—same story as the towel.

You will need to get set up in the beginning of class with blocks and a blanket to use throughout. Use the blocks. Do not try to be a hero; there’s nothing to prove at this point. Falling because you didn’t use the blocks to balance yourself will also make people stare at you.

Wife: He tried to be a hero.

Outside of watching the others in the class to make sure you’re doing the postures correctly, don’t stare at any of the women in front of you. There’s a huge mirror in the front of the room that gives everyone a 360 degree view. As tempting as it is, keep those eyes to yourself.

Wife: Watching women practice yoga can be a beautiful thing, same with watching some of the shirtless men. But in this case, no voyeur remains anonymous and that’s just awkward.

At the beginning of class, the instructor may mention something about “hands-on adjustments.” This means they may touch you and adjust your limbs and body as needed to perfect the yoga poses. The annoyingly ripped, young male yoga instructor will be more than happy to caress the lower back and arms of your partner in an effort to help her align, and also roughly shove your wildly flailing limbs into place 432 times over the course of the next hour.

Wife: He wasn’t caressing me; he was doing his job. And you needed 432 adjustments!

You’d think yoga was the new black, considering how many people are doing it these days. If your partner or friends have been challenging, begging, or cajoling you to try it out, I hope this list provides the support you need to take that leap.

I will admit that I doubted my abilities at first, but it’s become something my wife and I now do weekly. On a personal note, it’s completely pushed me out of my comfort zone, and if you like that kind of thing, I don’t think you’ll regret trying it out for yourself.

Wife: Now that he’s becoming “an old hand at yoga,” I can’t hide the fact that I’m not actually very good at some of the poses myself.

I’ve busted him laughing at me a few times—karma. But I can still out-plank him. Core strength: It’s a thing. 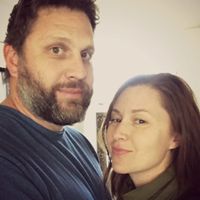