America: This is Why the Only Way Out of Darkness is Through. 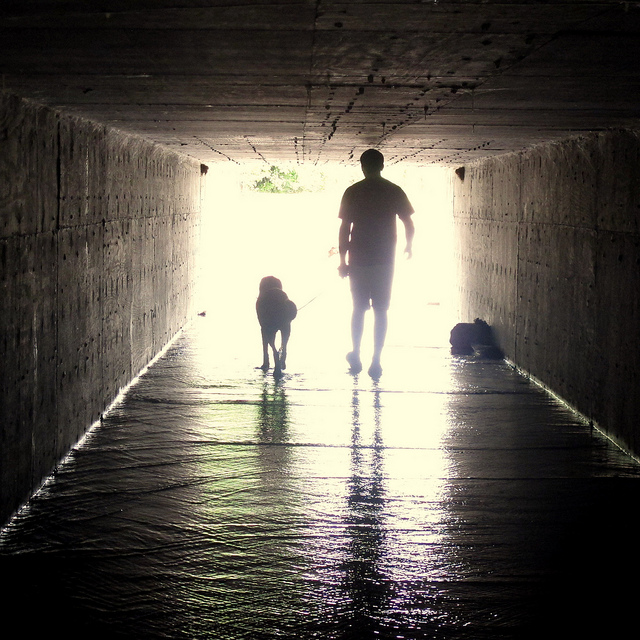 “To hate is an easy lazy thing, but to love takes strength that everyone has but not all are willing to practice.” ~ Rupi Kaur

Sadly, large parts of America are currently in a state of unrest.

Every day, people on each corner wake up to devastating news that reminds them their country is divided and that there are many who are determined to see those divisions remain.

Although many avoid television and social media sites—friends, family, or colleagues may relay the incidents without consciously realizing that often they are slanted with their own biased views and beliefs.

It seems almost everyone has an opinion—and rightly so. We are all entitled to make observations and conclude whether we think what we’ve seen or heard is right or wrong.

Unfortunately, though, what usually happens is that due to our own personal conditioning, we choose a side without the awareness that what we are witnessing or hearing about may not be the truth—and it certainly doesn’t need more people taking a side.

It seems clear to me that much of the side taking is highly influenced by politics and mainly due to the two-party political system currently in place. Of course, there are more than two political parties in the United States—however, without question, the Republican and Democratic Parties dominate.

It appears that currently almost every opinion, belief, or value that is expressed gets labeled as “left” or “right”—and, in many occasions, “extreme” is added to the commentary for extra impact.

“He (or she) must be a Trump/Hilary supporter” is a common response when people on “the other side” witness something they disagree with or dislike.

And yet, often our conclusions are based on just a small percentage of what we are hearing or seeing, as the actual reality has somehow become skewed.

A large part of what we perceive is based on what we have been conditioned to think, feel, and believe for most (if not all) of our lives.

We absorb unique data based on what our parents, teachers, peers, and society teach and show us—and also based on our individual character.

It is not always easy to perceive objectively or with clarity when we have been born to a world of vast diversity. Many of us cannot even begin to imagine what life would be like living in other parts of the world, or growing up with parents or social circles that bore no resemblance to our own.

As adults, we can choose to refrain from judging others simply by understanding that we are all different and have all had a unique experience.

Having compassion for people who are distinctly different, even those with whom we vehemently disagree, allows us to view people, circumstances, and events from other perspectives and allows our response to be one that is balanced and not fuelled with highly charged emotions.

“When you change the way you look at things, the things you look at change.” ~ Wayne Dyer

This is not to say we should ignore what’s going on around us, or that we should readily accept other people’s opinions, words, or actions without question. However, becoming emotionally involved—and engaging at levels that only serve to heighten dramatics—is not healthy for us, others, or for the overall scenario.

I am a firm believer in “promoting what we love, instead of bashing what we hate.” I have seen this happen in many of my personal situations; I’ve removed myself from heated dynamics, and instead, I’ve focused attention and energy on maintaining harmony and working on radiating love and compassion, rather than embroiling in anger or hate.

When we get into arguments with those who we disagree with, all that happens is that we don’t think clearly, and cognitive dissonance comes into play. The more someone is determined to convince us that they are right, and we are wrong, the more we dig our heels in and search for evidence to prove our point.

Internet searches are all the proof that’s needed to see that whatever we look for we will find. We can find supportive evidence one way or another with ease. There are those out there who believe Donald Trump is a god, and then there are others who say he’s a power-hungry narcissist. We could find articles saying he’s America’s salvation, and others will say he’s its destroyer.

The thing we often fail to see is that when people have strong beliefs and opinions, they wholeheartedly believe in them and feel that they are right. Just because someone comes along and says they are wrong doesn’t mean that person is suddenly going to hold their hands up and agree.

In fact, I would say that it is unlikely anyone has chosen to shift from the left or right after a debate or social media exchange of opinion.

When we involve ourselves in arguments, all we do is push people even further toward their beliefs and push our friendships apart, often causing irreparable damage.

“I am no believer in the amalgamation of parties, nor do I consider it as either desirable or useful for the public; but only that, like religious differences, a difference in politics should never be permitted to enter into social intercourse or to disturb its friendships, its charities, or justice. In that form, they are censors of the conduct of each other and useful watchmen for the public.” ~ Thomas Jefferson

I don’t recommend turning a blind eye to all that is going on, especially when people are being injured and killed. However, I do believe in recognizing that extremist groups have been part of society throughout history—and that trying to fight against them only appears to cause more trauma and dysfunction.

I think it is important to consider that media shows only a small portion of society, and the majority of people want peace and harmony—and they are desperately trying to uphold it.

We are naturally afraid of what we don’t understand, and when we are fearful, our instinctual reaction is to defend or attack.

This world needs empathy, compassion, and love—and for everyone to stop and listen, rather becoming defensive or reacting with anger and hate.

When we stop looking at the past with resentment and refrain from looking toward the future with fear, we can rest in the current moment with calmness and clarity and consider how each of us can contribute toward making the world a better place.

We may not all understand, like, appreciate, or agree with other people, their cultures, their way of living, or their race—however, we don’t need any of those things to be able to co-exist without violence or angry outbursts and threats.

We all share this planet—and regardless of whether people think they are superior or more entitled, no one will experience genuine inner peace or happiness when they are intent on spreading hate.

We can all get through this—and each find ways of expressing our beliefs and creating a harmonic existence for current and future generations—without causing destruction to others.

No one expects that the entire world will get along, but acceptance of one another’s differences doesn’t cost a thing.

While America may feel as though it’s in the midst of turmoil right now, it doesn’t mean that this turbulence will last forever. Things come and things go, and nothing stays the same forever, including presidencies.

There will be better days ahead—and, as difficult as it is at the time, darkness needs to surface so that it can receive the light. All the people who resent the darkness and want to push it back to where it came from can instead consider shining love and light on it, being compassionate, and showing the darkness that there are other ways.

Fighting darkness with darkness only serves to create more darkness. The only way out of darkness is through—so, when it surfaces, it might be time that we show darkness the power that light can hold.