How to Live our Wildest Fantasies in the “Real World.” 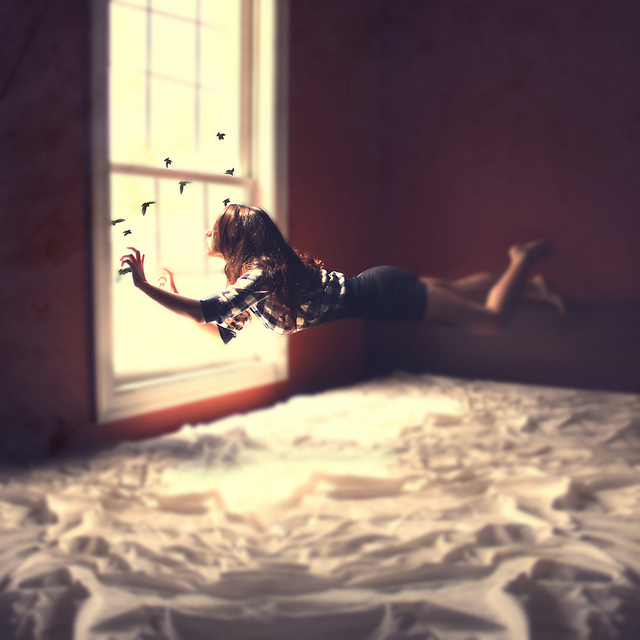 Everyone is so concerned with “reality.”

We are told from a young age to live in the “real world,” and this vague notion gets repeated as we grow older. I have never been entirely sure what this means, which perhaps has something to do with the fact that it means absolutely nothing.

I don’t think the people who repeat this blind sentiment are actually alluding to the quality of pure consciousness aligned with the frequency of the universe—this is not the reality that they are talking about.

The reality they mean to convey is the one where we get up every morning to do some job that we hate, so we can buy sh*t we don’t need. This is not a reality I am particularly interested in dwelling in.

I have always been curious about fantasies. As an imaginative young kid, I used to dream up whole other worlds and envision myself as the hero there. I could play out scenarios in my head that were so meticulously detailed that if I messed up one thing I would have to start again from scratch.

Something I have been interested in much of my life is whether or not there is any value in fantasy—whether the capacity to fantasize can be used to create more fulfilling and productive realities for ourselves.

It is a two-way street. Of course, if we live too much in fantasy, we become detached from our practicality and could likely be classified as totally insane. If we live too much in the practical, the mundane, and the ordinary, then we lose our connection with the great mystery of life. We lose touch with how incredibly magical everything really is.

Carl Jung wraps this all together quite nicely:

“Truth to tell, I have a very high opinion of fantasy. To me, it is actually the maternally creative side of the masculine spirit. All the works of man have their origin in creative fantasy. The creative activity of the imagination frees man from his bondage to the ‘nothing but’ and liberates in him the spirit of play. As Schiller said, man is completely human only when he is playing.”

All worldly invention and innovation has arisen through fantasy. Everything that has been created by human beings is a direct result of this capacity for imagination. Without this playful inventiveness that characterizes our fantasies, there would be no human progress, no technological development, and no cultural growth.

To actualize these innovative ideas that arise through fantasy, we need willpower. This is where the necessity for the practical comes into play. We must be down to earth enough that we can put in the work to transforming fantasy into reality and make our dreams come true. Otherwise, fantasy has little meaning.

Meaning is found on the border between fantasy and fact, between imagination and substance, between the infinite artistry of the mind and the sobering reality of daily life.

“We require not only a present day, personal consciousness, but also a supranational consciousness which is open to a sense of historical continuity. Experience shows that many neuroses are caused by the fact that people blind themselves to their own religious promptings because of a childish passion for rational enlightenment. A religious attitude is an element of psychic life whose importance can hardly be overrated.”

There is a religious element to fantasy, for it allows us to expand ourselves beyond the worldly, beyond the constraints of space and time. We become part of something greater through our own vision. We transcend the purely material world and come into contact with something other than ourselves. It is through this transform that the banal becomes meaningful.

Perhaps someone could say that fantasy isn’t real, but surely it is real enough to invent the computer, the airplane, and Penicillin—so that argument doesn’t stand for me.

There is a utility in fantasy; in fact, it is absolutely integral to our existence. This capacity to see beyond ourselves is part of what makes being human so special, but it must be balanced out with the bare-boned reality of the physical world.

When this balance is struck, beautiful things unfold both within the framework of our own minds and out in the world in our daily lives.

To live in “reality” while remaining in touch with the realm of fantasy is to be a powerful and effective human being.