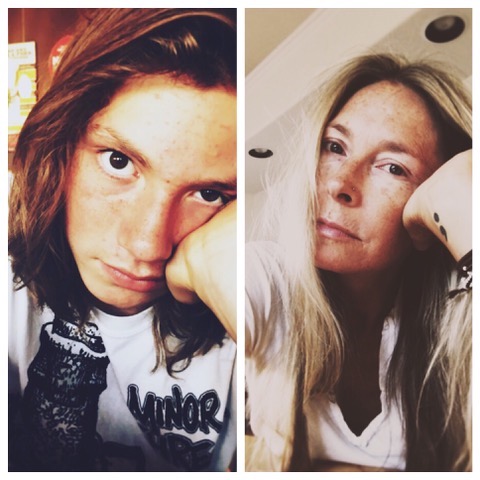 This past April, my 15-year-old son announced he had two life goals: dropping out of school and living in a van.

My son is a lovely human being. He’s whip smart and funny as hell. He has all the things I never had at his age: maturity, smarts, musical skills, agility and…he’s cool. Like, legitimately. He’s also humble—which adds to the cool part. When people meet him, they always tell me how special they think he is. This happens all the time. His sister hates it.

But, even with all these natural gifts, something was off. Harlan didn’t seem happy. At first I chalked it up to teenaged angst and hormones, but eventually, I couldn’t ignore the signs that my son seemed depressed. He was sleeping in, isolating in his room, and refusing to go to school in the mornings.

The school district was sending me letters asking me to explain his absences and requesting meetings with the dean. In spite of passing grades, he was put on academic probation for truancy. Looking at my six-foot tall “baby,” I wondered how in the world I was going to force him to go to school.

The night my son announced his life goals to me we were driving home from his music lesson.

Car rides can be great conversation places with teenagers and I took advantage of the darkness that evening to ask him, “What is making you so unhappy?”

“Mom, I really, really hate school,” he replied. Instead of instantly answering, I let his words sink in.

Ever since sixth grade, Harlan had slowly been losing interest in school. He went from a small, neighborhood elementary school, to the city’s largest (and most conventional) middle school. Overcrowded classrooms and overworked teachers contributed to his anonymity and the sense of feeling lost and overwhelmed.

Around this time, I saw a boy’s TED talk about doing a “life hack” on his education using the real world as his classroom. I showed the YouTube video to Harlan and watched his face light up by the possibility that education could be different, that it didn’t have to be a monotonous slog in the classroom, day after day.

Unfortunately, as divorced working parents, neither his dad nor I could figure out how to make the homeschool option practically work for us.

I think back to that day, four years ago, when I told Harlan that his father and I weren’t in a position to homeschool him and that he should “hang in there” for six more years. I explained to him that he was just going to have to deal with school and make the best of it. “Just hang in there until college,” I heard myself saying to him.

College—an eternity to a sixth grader—and here I was telling him that if he could just “deal” and hang in there, in seven years, he would really love his life and all the choices he would have. Now, as a ninth grader, why was I so surprised that he was still hating school? It’s not like he hadn’t been communicating with me over the years. I was just choosing to ignore the signs. There was no denying how unhappy he had become and I had been growing more concerned.

On this particular night, when Harlan made his life goal proclamation, I heard him with fresh ears. I told him that I really and truly didn’t want him to go back to school. At least not the way we’ve been trying to do it. An idea was beginning to take shape in my mind. What if we took the fall semester of 2017 and he got to live and learn in real time, in the real world, seeing life through the eyes of a traveler?

“What if instead of dropping out, we ‘dropped in’ and hit the road?” I said out loud.

I proposed this idea to Harlan—who was interested but wary—unwilling to get too excited in case I changed my mind.

The next day I broached the idea to his father. To my surprise, he agreed. I shared the news with Harlan. The change in his energy was immediate. His school advisor emailed me and said that he seemed “more alive.” Harlan rallied and finished ninth grade. He got a summer job and opened a checking account to save money for the trip. He started working with an inspiring mentor who is teaching him about meditation and healthy living. We’re training for our first sprint triathlon in California this October.

We have an itinerary: Vancouver down to San Diego. We found an accredited online educational program that will work with Harlan’s love of music, creative writing, and nature to create a curriculum with transferable credits for the future. We have public interest—offers are pouring in for places to stay, people to meet, and things to do. We have a National Parks pass, museum passes, concert tickets.

Campervan North America, a rental company out of Bozeman, MT,  has offered us one of their vans at a 75 percent reduced rental price. It’s an incredible offer. We have two weeks to come up with the balance of the rental money, so the pressure is on. We have created a Go Fund Me campaign to help with the costs of the van rental. On Tuesday, September 5th, Harlan and I will fly to Seattle and pick up the van and begin the journey!

I’m a grief counselor. I work with people who have lost a loved one and are navigating life without the person they love. I have teenagers. I know angst. I have lost family members to suicide. I have close relatives who struggle with clinical depression. I know life is short—and mysterious and powerful and awe inspiring.

Right now, my biggest priority is spending time with my 15-year-old son, teaching him about a healthy lifestyle, showing him that people and life are interesting and can be inspiring, and that travel is one of the best ways to find oneself.

Just like a blank canvas can inspire the painter—the open road calls to the soul.

To quote John O’Donohue, in his poem The Traveler, I want to introduce my son to “the invitations which wait along the way to transform” him.

I look forward to the mystery of this journey unfolding for both of us—mile by mile. 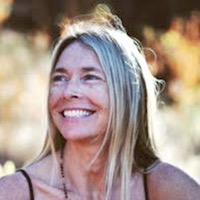