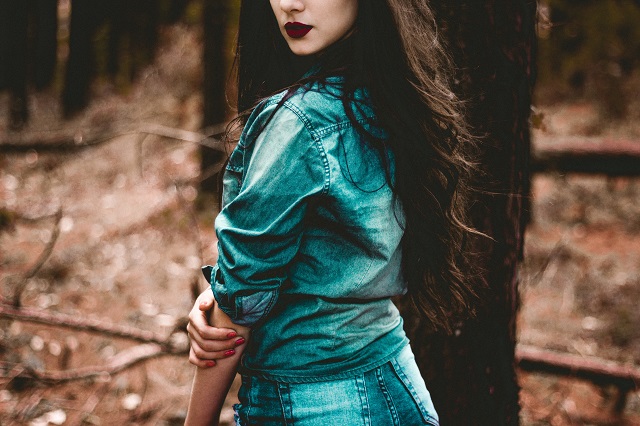 This is for those who listen to the wind in order to determine where they might be moved next.

It’s for the wanderers, lovers, dreamers, and those who have always been told that you expect too much from this life or from others.

It’s for the men and women who feel that burn deep inside of them, drawing them to pursue their craziest of dreams, even when the rest of the world is in their face reminding them of all the reasons “you can’t.”

You aren’t meant for just anyone—but rather, a specific someone. A person who matches your own fierce wildness—a soul who searches the evening sky until dawn wishing upon shooting stars. Someone who will walk to the ends of the earth if it means waking up to a brand new day with you.

There has always been a difference—one that is felt in the ways that you’ve stretched your blooming wings over this magnificent earth. You are meant for more, because you came here for more than just to live like everyone else.

You came here to live, to love, and to help change this world so that it will never be the same again.

And you expect—with all that, my dear—that you will be able to make everyone happy all the time and move through life creating as little waves as possible? Think again.

You have to accept that your love is a tsunami that is meant to rock the shores of those around you. Your life and your vision far exceed the limited vision of those who you grew up around.

You never really did feel like you fit in, and that’s because you didn’t—nor will you ever.

I know that, at times, you have cursed this gift, wishing instead to fall back asleep and simply be satisfied by the life that so many others seem to be satisfied by. But, I have a secret for you—they really aren’t satisfied. And the worst part of that is that they just don’t know it.

They believe that the numbness they wake up with each morning, as they drink in their complacency, is what it feels like to be an adult. These souls have no idea that as they sit back with their Bud Lights at the end of the day, that what they are actually doing is medicating themselves against a life that is lacking in joy and originality.

Yet, the truth is that they are just where they are supposed to be.

Not everyone is supposed to be as magic as you are—and not everyone can stay up late and listen to the songs the wind spins when everyone else is asleep. For so many, there are far better things to do than hold out for the life that they know is meant for them—and so, they settle, swallowing that small bitter pill until they believe the lies that they’ve spent so much time telling themselves.

So, no…you are not everyone’s cup of tea—but did you ever really and truly want that?

Do you want to be understood by the masses or revered by the few whose hearts beat just as dangerously as yours? There was never a question about whether you would make a difference in this world—and while I know that you fought against it at times, it also is your destiny.

I’ve never said that it would be easy or that at times it wouldn’t seem easier to be like everyone else, but the truth is that you’ve come too far to ever truly go back—and, perhaps, the reality is that there no longer is a back to return to.

You only ever move forward in this life, conquering your lessons until your dreams have come to fruition in their radiance beneath your fingertips. You kiss possibility and make love to the righteousness of ambition—yet still, when you put your head down each evening, you feel like you’ll never have it together in the way that it seems others do.

But, did you ever stop to consider that, maybe, in this moment just as you are is what “together” is for you?

Your loose ends dance in the breeze, while your eyes, full of fire and light, wait for inspiration, and your hands are always willing to help others—even if it means that in the process no one is there to return the favor to you. Your life isn’t a mess; it’s unscripted, and there is a difference.

You are different, and you aren’t meant to be understood by anyone.

I promise you, though, that because of this, when you stumble across another soul on this earth whose fire matches your own—and who travels through this life looking to change it—you’ll know instantly. You’ll feel their heat and their acceptance wiping the slate clean of everything you thought was hard to love about you. Instead, you’ll take their outstretched hand and realize that it was never you that had an issue—but always them.

Because you are perfectly imperfect in all of your luscious confusion and mind-changing tornadoes of dreams, love, and intentions that sometimes fall as brilliantly as hailstones against the heavy backdrop of what if.

You’re you, and there’s no one else you should rather be.

So, no…you never were everyone’s cup of tea, and most won’t ever really appreciate your unique flavor—but, in truth, that’s only because you require a certain discriminate palate that only comes from living each day as the gift that it truly is.

You are morning dew and lightning across a field of sunflowers, fingertips upon succulent thighs, and the first breath of a new day.

You will never be for just anyone.

My Sweet Wild Woman: The Reason you Haven’t yet found Love.