How to Eat Crickets Without Throwing Up: A Guide to Insect Cuisines.

As a traveller, I’ve always been the first to say “yes” to jumping off a cliff into the sea, swimming with sharks, or quad biking in the mountains.

However, when it comes to cuisine, I’ve always been a little bit dubious. The look of some global delicacies can make your stomach turn, so I’ve always said “no” to trying them. That was until I was in Bangkok, Thailand and lost a bet to a friend. Long story short, I was soon presented with a scorpion on a stick, tail curled upright, body rigid, and stiff.

The first bite set off a chain of events, which now has become a tradition that I intend to continue with throughout my travels. Enjoyable? Not quite. Hilarious? Definitely.

If you’re looking for a way to make memories that you will look upon fondly as the years pass, then try popping a creepy crawler in your mouth. It definitely worked for me. Local delicacies can vary from hot dogs to snake wine (a southern Asian delicacy). For those who want to try food that is a little outside of the everyday—at least for Europeans and the like—trying an insect from every country can be a great little bug-cket list.

So, here are a few delicacies from the insect world which you can try on your travels:

In China, there are many different bugs and insects that have become a part of traditional eating. These include ants, bees, centipedes, and even scorpions . You might think that an ant is too small to be worth eating, however, it is easy to add them to recipes, as they are often found in large colonies—and they give a healthy protein boost!

Fried grasshoppers, centipedes, and scorpions are sometimes dipped in a potent liquor for extra flavour. Bee larvae are often served as a side dish, alongside more traditional rice dishes. For many in China, bugs are a cheap and environmentally friendly source of protein.

You won’t have trouble hunting down a creepy crawler treat throughout your time in China. They can be found anywhere from the local street markets to some restaurant menus—depending on how you want to try them.

A plague of locusts is not just a Biblical curse, but a real life issue for Mexico’s farmers and inhabitants. They can have a terrible effect on the economy and on the environment. So, for many eating locusts in Mexico is not simply a yummy treat, but a necessity in order to protect their livelihood.

For this reason, the locust has been a traditional cuisine for the region since the days of the early South American people. Spanish records reference the eating of bugs in their 16th-century expeditions and conquest—revealing the continuation of this unique cuisine over hundreds of years.

Recipes that include locusts and chapulines (fried grasshoppers) are sometimes served with fried eggs and chorizo. Traditional Mexican dishes such as tacos also use these as a filling, depending on the region. Locusts and grasshoppers are also sold on their own, lightly spiced, at local sports events and food markets.

The rural African diet requires protein from whatever source it can be found. Which, for many, means termites. A crucial component of survival, they can offer protein, fats, and oils when more typical food sources are in low supply. But, outside of a necessity, the termite has actually grown to possess cultural significance in this West African cuisine.

Termites are collected during the rainy season and then fried, roasted, or turned into bread. They are also sometimes eaten raw, as a tasty midday snack.

However, you don’t have to eat termites alone to truly enjoy this Ghanaian delicacy. You can enjoy them alongside a tatale (plantain pancakes) or alongside a nutritional dish of oto—a dish which is made up of mashed yams and boiled potatoes. Termites go together with many meals to create an added punch of protein, perfect for long hot days travelling in the Ghana sun!

Surprisingly, the next food revolution to hit the U.K. restaurant scene may also have an eight-legged starring role.

Not only is there a potential for a new income stream for many more traditional livestock farmers, but also for a much more sustainable farming method. Crickets and mealworms are at the heart of this food revolution, so far with high street chains such as Wahaca trialling the bugs on their menus for periods of time. Is this a sign of a new age of food for a country that is known for its love for bangers and mash (sausages and mashed potatoes)? Perhaps.

The cosmopolitan nature of the country—with many nationals from across the world seeking British citizenship on a daily basis—the cuisine evolution is not surprising. Perhaps one day the fried cricket will be as beloved as a tikka masala. Only time will tell!

Now, you know where to look for these insect dishes, only one important question remains: how do you eat them without throwing up? Often, our aversion to eating other cuisines is part of our upbringing. It’s very unlikely that you will find fried grasshoppers as a snack down at your local bar (unless you’re from Thailand, where this is actually very common). As such, it is a mental block that you need to push through in order to enjoy these varied dishes!

If you push yourself to try a fried scorpion, you may find that it is a taste that you thoroughly enjoy. Who knows, perhaps it will even taste like chicken. Trying is the only way to find out.

So, there you have it!

There are a number of great things to eat around the world, even if at first you might be turned off by the alien nature of eating a cricket. New experiences are at the heart of travelling, so try not to be scared to try new things! 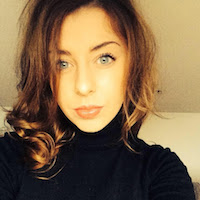