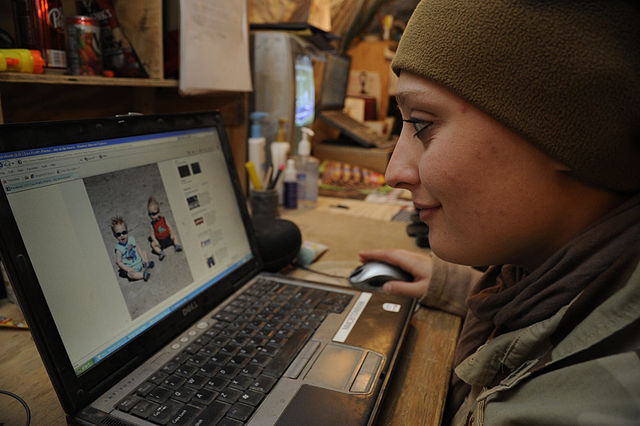 That’s right, I really like my friends on Facebook. I click like for those first day of school photos. I hit the love button for that new puppy; and yes, I hit the laughing emoji at the meme someone posted about doing laundry on a Saturday night.

Why do we do this? Not just because we’re bored. No. Most of us are not trying to butter anyone’s muffin to gain more friends. We just like to see and hear about our friends. We really do—even if it was summer camp back in 1980 since we saw them last. We are genuinely happy they are alive.

At Elephant Journal’s Academy we have learned how Facebook uses us and our likes. Due to Facebook’s determination of which friends we see, we become little silos of information, only being fed the grains with which we have engaged.

If I click like on my college friends’ posts more than my colleagues, I see more of my college crew in my feed. If I like the National Parks Association and a picture by Patagonia, I am fed more of my own medicine. Sounds nice, but I care about my local parks and professionals too.

For this reason, I try to like a variety of posts and people. I do not want to only see and hear one side of issues in the news. I would like to hear from all of my friends, not just the few Facebook chooses for me.

However, it isn’t that simple.

Facebook isn’t fair. It isn’t a democracy. It’s a business, and it has its own set of values, different to mine.

A recent preview for a BBC documentary on the last election’s relationship with social media blew my mind. Project Alamo in the Trump campaign spent $85 million on Facebook. With that kind of investment, Facebook employees worked inside his campaign office.

There, the Facebook folks collected the data of all the likes we users have generated to tell Trump what we wanted to hear. The team of commercial makers, meme generators, and Facebook posters knew exactly how to talk and manipulate all of us by how we had expressed ourselves on Facebook every day. Without our permission, they read our minds.

Most businesses, advertisers, and politicians do the same thing. It’s their “secret sauce” according to the BBC video. We are being played even though we aren’t wanting to be in the game. In order to sell us something, they learn what issues concern us. We want mindfulness? More recipes? More clumsy cat videos? Then, we’ll get them, along with their soft-shoed slogan supporting something we never thought we would.

Facebook is accused of swaying elections around the globe. Don’t believe it? The New York Times just released a short video explaining how this week.

It’s time to change our habits. I still like all of my friends and care about their lives. Yet, I care for the greater good more.

What’s the solution? Unplug the computer and delete all of our apps on our phones? Perhaps, or try to…

Stop pushing the buttons that signal to the algorithm of Facebook the information it wants. No more hearts, laughs, tears, or likes. None.

Look for a broader scope to any news—printed, filmed, or posted. Talk outside of our silos. Lend an ear to an individual who feels opposite in opinion to you, and just listen.

Pass it on…again and again. I have heard these same pieces of advice over and over. I may have slowed down my habits; but this time, I am standing strong and not clicking, (even though it has been only 48 hours and I’m itching to click love on that photo of my beautiful friend’s fourth child that was just posted).

It makes me sad to “pull away” from friends, but hopefully, they still know they are still “liked.” So, instead of pulling away:

Reach out away from Facebook, face-to-face for coffee, or via FaceTime.

Call, text, or email instead.

Personally, I am going to make a point to visit, hold that bundle of joy, and let my friend relax.

Facebook may have control over us now, but we have the power to take it back. It is a business. To survive, it will adapt if we do.

Have thoughts, concerns, or ideas different to mine? I’d love to hear from you. Read more about Facebook’s effects on independent media from our Editor-in-Chief, Waylon. 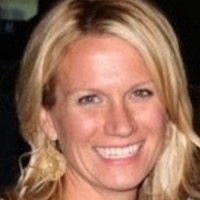