This is how Science can Provide a Profound “Spiritual” Experience. 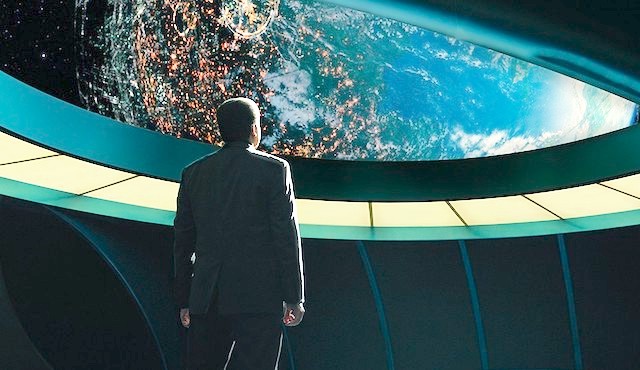 I’ve never been comfortable with the language of spirituality.

The word “God” makes me cringe. I know many people find great solace in the word, and I’m glad for that, for them, but on a visceral level, “God” sounds like “wad” to me, and feels just as damp and sticky in my body as a wad of gum.

“Spirit” hisses between my teeth; “the Universe” melts on my tongue like sugar—it feels generic, hard to hold on to.

I haven’t found a satisfying word to express the ineffable, to give voice to the oceanic “Oneness” (another word that rubs me the wrong way) I know I’m part of.

The alphabet has always been alive beneath my skin; I’ve been reading since I was three, writing poems since I was four. It’s possible I have a touch of synesthesia, like Vladimir Nabokov, who ascribed different colors and textures to each letter of the alphabet. “I see q as browner than k,” he wrote, “while s is not the light blue of c, but a curious mixture of azure and mother-of-pearl.”

My experience is more about sensation than color. Certain words have always jangled and prickled my nerves; when I was a kid, I would feel sick if anyone said the words “bladder” or “lamb patties”—something about that short “a” set my teeth on edge.

I love language in general, though. I love words that are precise and resonant, words that feel delicious in my mouth and hum in my bones. Luscious. Luminous. Murmuration. As much as it provokes and delights me, though, I know language has pretty serious limitations—there are feelings and experiences it just can’t touch, namely those of a spiritual bent. Thankfully, I have found a mathematical, visual language that helps me describe and understand our place in the cosmos. When I hear the phrase “higher power,” my thoughts turn to “Powers of Ten.”

“Powers of Ten” is a nine-minute movie created in 1977 by famed designers Ray and Charles Eames—they of the iconic lounge chairs and ubiquitous molded fiberglass seats. I saw the film (subtitled “A Film Dealing with the Relative Size of Things in the Universe and the Effect of Adding a Zero”) for the first time in sixth grade science class and it blew my mind.

Before Mr. I—short for Izbicki—played the filmstrip, he smacked his hand on the lab table and said, “This looks solid, doesn’t it?” We all, of course, said yes. He told us no, it’s not; it’s actually made of buzzing molecules, with lots of space in between, and so are we. We are so much shimmering emptiness, and as we tried to digest this world-altering information, he flipped off the lights and turned on the projector, and soon we found ourselves joining a couple setting up a picnic.

Just as I started to drool over the spread of strawberries and grapes and cheese, the camera pulled back from the striped blanket so we could see a square of grass 10 meters wide around it. We were told by the narrator that every 10 seconds, the camera would zoom out to a space 10 times greater.

Soon we could see that the couple was in Chicago, by Solider Field, the Bears’ football stadium, about half an hour from our school. The camera kept pulling up, and pretty soon we could see the round edge of Lake Michigan, then the entire lake. Before long, we could see all five Great Lakes, then most of the continent, then the beautiful blue, cloud-shrouded Earth itself.

We zoomed up and up through the solar system, our planet getting smaller and smaller, then the sun getting smaller and smaller, until our whole solar system shrank to “one bright point in the distance.” We rocketed through the Milky Way Galaxy until it became nothing but a “great flat spiral facing us” and then up even higher until each galaxy looked like a single star. It kept going until we had gone 100 million light years away from home—10 to the 24th power.

“This lonely scene, the galaxies like dust, is what most of space looks like,” the narrator told us. “This emptiness is normal.”

The emptiness didn’t feel normal at all to me—it felt monstrous and cold and strangely thrilling. The word “emptiness” itself opened a great, dark space within my ribs. I started to feel lightheaded, then even more so when we began our vertiginous plunge—two seconds per power of 10 this time—down through the galaxies and back to our own solar system, to Earth, to Chicago, to the couple on the blanket.

But we didn’t stop there. We kept going, the camera honing in on a hand resting on the man’s chest, then getting closer and closer so we could see all the little hairs and veins on his hand, then even closer, so we could see his skin magnified into a cluster of flaky, puffy triangles, like a pan of spanakopita; then into one of the chasms between two triangles, down into a blood vessel where we met a “ruffly lymphocyte” (words that clanked awkwardly together in my ears), then into the nucleus of that cell where we found the “coiled coils of DNA” (the repetition of which made me flinch).

Next, it was within that to a carbon atom, where “the interplay between form and motion becomes more visible,” then to a swarm of electrons within that where we entered a “vast inner space” as we moved toward the nucleus of the atom, then into its protons and neutrons, “a domain of universal modules.” (I hated the word “modules,” but forgave the narrator, because I was so enthralled). At the end, the screen was buzzing with motes of light in different colors (which I later learned was a closeup of television static); the narrator said, “As a single proton fills our scene, we reach the edge of common understanding.”

I felt myself reaching a new edge of my own understanding, my whole body tingling and alive. I was part of something huge, I realized. I was tiny, insignificant in the vastness of space, but I had that same vastness within me; I held galaxies inside every cell of my body. I was the nexus between two infinities, outer and inner—all of us were. All of us were specks of dust; all of us were multiple universes. All of us were part of, made of, the same smattering of stars. Call it God, or “the Universe,” if you wish. I couldn’t call it anything; I could just feel it shimmering in my bones.

Decades later, “Powers of Ten” still gives me a sense of perspective, of connection. If I’m upset about something, I try to remember to look at the situation from a few powers of 10 up; it helps offer some detachment, helps me remember the world is much bigger than me and my problem du jour.

Our bodies seem to have a natural way of doing this, the way we sometimes fly up above ourselves during moments of trauma. Of course, it’s not healthy to stay removed, to stay outside our skin, outside our experience—we have to return to our original frame of reference, our own power of one, the power of our own body, to ground ourselves and face our lives—but if we remember to zoom out every once in awhile, we can gain the big picture more easily.

That’s what “Powers of Ten” gives me over and over again: the biggest picture of all. The interconnectedness of everything. Our literal higher power.

You can watch the film here: 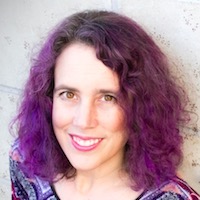