The Vegan Diet that Changed my Life: G-BOMBS. 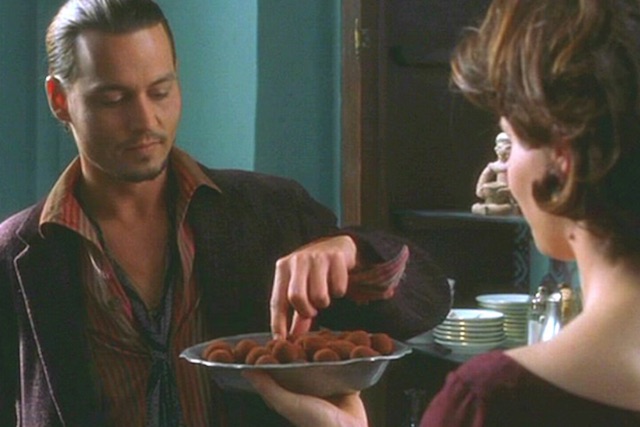 When my mother and father got married in 1966, the U.S. was changing in significant ways.

Bob Dylan had just released “Blonde on Blonde,” John Lennon had recently angered thousands of people by saying The Beatles were “more popular than Jesus,” the National Organization for Women (NOW) was founded, and so-called “convenience foods” were all the rage.

It was difficult not to notice the dichotomy with food as a child—especially when we’d visit my grandmother. At her house, she’d prepare fresh string beans, real mashed potatoes, and cook marinara on the stove all day long.

This was quite different to what we sat down to every night at home—enormous portions of meat, two different canned vegetables swimming in butter, and those rolls that come out of a vacuum cylinder and bake in less than 10 minutes. Mashed potatoes were boxed flakes mixed in boiling water and milk, and a gallon of soda was always sitting in the center of the kitchen table.

When my father died, he weighed nearly 500 lbs and he was 52 years old. That, in itself, sounds dreadful, but it becomes an even sadder story when I think about the fact that his quality of life from age 30, right until his demise, gradually became worse.

He spent his last 15 years waiting to die. This is, of course, an extreme story. But, even the common statistics in this country are bleak. Heart disease kills 27 percent of our population, cancer kills another 23 percent, and one in ten American adults have Type 2 diabetes.

There is so much scholarly research available that proves over and over again that nutrition and diet are directly related to these outcomes, and yet the facts tell us that the average U.S. citizen eats less than two servings of vegetables per day, and gets more than half of their daily calories from “ultra-processed” foods.

A plant-based, whole food diet is your best bet for a long and healthy life, free from illness.

The idea of living as a vegan doesn’t appeal to many Americans, but I assure you the food is delicious, and it is a lot less scary than dying of complications resulting from morbid obesity. This I can attest to first hand.

If you have never read the work of Dr. Joel Fuhrman, I suggest you look into it. He has studied diet and nutrition extensively and in his book Super Immunity, he makes a great case for micronutrient-rich foods. His claims that his diet regimen will keep you free from Type 2 diabetes, heart disease, and cancer are backed up by some compelling evidence. The acronym he uses for the specific diet he recommends is G-BOMBS.

So what are G-BOMBS?

Especially the cruciferous family of vegetables. This includes collard greens, brussels sprouts, broccoli, arugula, and bok choy. Eat these every day to help prevent breast cancer, diabetes, and the onset of angiogenesis. Angiogenesis, the growth of new blood vessels, sounds like it might be beneficial, but it is not. It is deadly. It’s how tumors grow.

Beans are awesome because of their high levels of fiber and their resistant starch. Resistant starch is a starch that is not broken down in the digestive tract and thereby acts like a fiber. As they sit in the large intestine, they ferment and confer benefits through the production of short-chain fatty acids. This invariably helps prevent colon cancer.

Onions, leeks, garlic, and scallions not only zip up the flavor of your meals, but that compound that burns the heck out of your eyes if you get some in there, organosulfur, is the very stuff that slows tumor growth and kills cancer cells. This family of vegetables is also rich in antioxidants which are thought to have cancer fighting properties.

A study published in China concluded that women who ate the equivalent of one button mushroom per day had a 64 percent decreased risk of breast cancer. All mushrooms contain compounds that decrease the production of estrogen, and this is an integral part of preventing breast cancer. Make sure to always cook your mushrooms as certain raw mushrooms can be carcinogenic.

Berries are incredibly rich in antioxidants. Pomegranates have many of the same properties as mushrooms, so it’d be helpful to add these to your fruit diet as well.

Seeds and nuts have so many healthful properties, your diet should never be without them. In one interesting study, women who were given flax seeds daily were shown to reduce the growth of breast cancer and increase the death of tumor cells after just about a month. And, a handful of mixed nuts daily have has been proven—all by themselves—to increase longevity by as much as two years.

As I said, it would not hurt to take a look at some of Dr. Joel Fuhrman’s work—Eat To Live or Super Immunity, or the inspirational TED talk he gave in 2014.

I have been following this diet as closely as possible for years and have been able to forego any medication for an autoimmune illness that usually requires thousands of dollars in annual medical care.

Of course, this is my own personal testimonial, but I believe in the power of a whole food plant-based diet. And, I believe in Dr. Fuhrman’s G-BOMBS.