A Freedom that Most of us are Longing for. 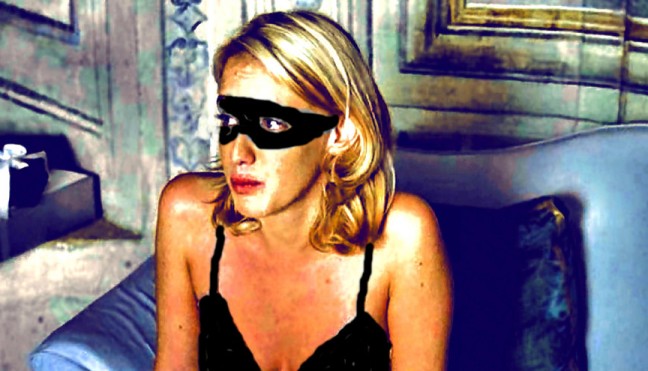 I know a woman who has been in multiple abusive relationships in the past.

As a result, she has been dealing with many mental health issues as well. I didn’t know any of this about her until recently, when she started talking openly about her experiences with these issues.

There are those who tell her that she shouldn’t talk about these things, that all she is doing is hurting her previous abusers by spreading this information about them, or making herself look bad because she is publicly admitting to dealing with mental illness—yet she continues to talk about them.

I know a woman who recently got out of a bad relationship, during which she was neglecting her health and her relationships with other people.

And when asked how she was, she didn’t just smile and say “fine” like we are taught to do; she opened up and told her story. She explained what she had been though, and how she was trying to reorder her life into something that would make her happy.

When I heard her do this, I anticipated hearing the same kinds of comments I’ve heard about other people who are eager to share their thoughts and experiences: “No one cares. Just say you’re fine and move on. Everyone’s too busy dealing with their own dumb lives to hear about yours.”

But personally, I disagree. I liked hearing her story and I thought, in telling it, she was incredibly brave. Instead of being silenced, she opened up, and I got to know her a little bit better because of it. I saw her humanity, not the front that we are all taught to put up.

I know a man who recently lost his dog. To give you an idea about what sort of man he is, he’s a large, muscular, grown man who goes to the gym regularly—and his dog of choice has always been a chihuahua. He loves his chihuahuas. And today, as he was telling the story of how his dog passed away, I could see that he was very emotionally affected.

He told about how, the day after it happened, he went to the gym only because he didn’t want to face an empty home, and all throughout his workout, he cried over the loss of his dog. He talked about how he used to take her for walks with her sparkly, pink collar, and people would make comments about him because he’s a big man with a tiny dog, but he didn’t care. He loved her.

I tell you about these people because, today, I find myself awed by them: the people who are unapologetically themselves.

The people who know that they won’t always be accepted, but they express themselves anyway. There are too few of these people out there.

Because, at the end of the day, we all experience things that not everyone is going to like.

Maybe you’re dealing with mental illness. Maybe you’re going through a hard time. Maybe you want to do something (harmless) that society tells you you shouldn’t because of something frivolous like your place in life or your gender identity. Maybe you’re gay, lesbian, bisexual, or transgender. Maybe it’s any number of things that we, as a society, are told, again and again, that we can’t do or shouldn’t be—when there’s really no logical reason for it.

There’s no reason to hide who you are, and doing so is only harmful in the long run.

You internalize the idea that what you are is wrong—if it has to be hidden—which can then fester and turn into self-loathing or feelings of guilt. When you hide the fact that you are dealing with mental illness, then you don’t ever improve—you just begin to feel as though it’s your fault, you’re just looking for attention, or you’re weak or stupid, which just isn’t the case. You’re ill. That’s all.

And those who have buried their own feelings of wrongness will sometime mock others for not silencing themselves. They look down on us. They tell us that we’re stupid for expressing ourselves. But, underlying all of that, they have likely restrained themselves to the point that they are not free to be who they are.

And we should all have that freedom.

I know it’s scary to be unapologetically yourself. We live in a society that tells us so many things are wrong that it’s impossible to be right. But it’s worth doing, because it’s worth knowing that who you are is not “wrong.”

And when you are yourself, fully and completely, and not afraid to be dismissed as stupid or selfish or silly or wrong, a wonderful thing starts to happen: you will be loved for who you really and truly are. Your relationships with other people will be much deeper and much more personal because people will know the real you, not some front that you put up to be considered “acceptable.” You will be admired for all of your great you-ness and people will say, “Wow, I wish that I could be that unashamed.”

We all long for freedom—to be ourselves and not care what others think about that. The freedom to love ourselves, even if who we are is messy, emotional, hurt, struggling, outside the norm, or just trying our best.