Don’t you Dare call Yourself an American. 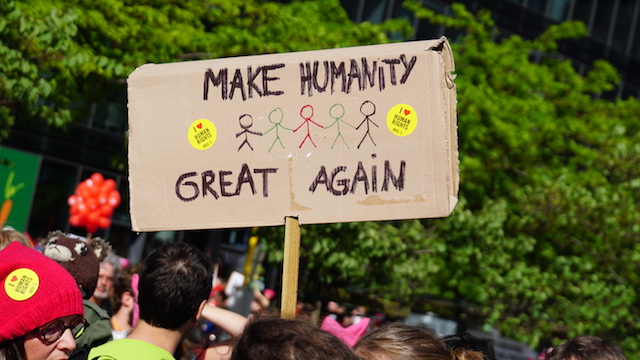 “I believe that unarmed truth and unconditional love will have the final word in reality.” ~ Martin Luther King Jr.

I dream that we can finally fill the idealistic shoes of how to support our country, not just with our ideas and words, but with our unified, consistent actions.

I was living in Charleston two years ago at the time of the church shooting when nine people lost their lives to a racist hate crime.

A Wednesday night Bible study was being held downtown at the Emanuel African Methodist Episcopal Church, in June of 2015, when a young, white male walked through the doors, was greeted with love, and was welcomed into the session.

He participated for almost an hour with the group before he started shooting. An entire, premeditated hour.

I cannot even begin to understand that kind of sick and deeply troubling hate.

Even more shocking? Just days later, a now-motherless daughter addressed the shooter and told him that, even though she’s in pain, she forgives him. I remember reading the article with my face drenched in tears.

The city was already responding with unity chains and love acts, as well as the meme “Charleston Strong.” Beautiful signs all over the city read, “Hate cannot win in a city that loves.”

A devastating act intended to initiate a racist war ended up unifying thousands and thousands of people. Innocent lives were taken, but none were divided.

It was the most beautiful thing I have ever seen.

Yet, every day, we see an entire country torn apart by artificial differences that are much less consequential than death.

Citizens are peacefully exercising their right to speak, love, and protest freely. An African-American NFL player taking a knee during the anthem, a woman marrying the woman she loves, thousands of oppressed marching on Washington.

They aren’t initiating violent war; they are just rising for something they believe in.

It doesn’t really matter whether we advocate for or against any of these topics. What does matter is how we choose to respond to those with whom we disagree with.

Our preamble reads that “We the people” created the constitution to “form a more perfect union, establish justice, insure domestic tranquility…and secure the blessings of liberty to ourselves and our posterity.”

The Native Americans practice “seven generation sustainability,” which urges the current generation to live and act in a way that works for the benefit of the seventh generation in the future.

It’s important to note that there have only been eight generations total since our country’s founding. I believe our founding fathers wrote our Constitution with us in mind.

All issues warrant that we take a seat and remember we were born into a country that “holds these truths to be self-evident that all men are created equal, that they are endowed by their creator with certain unalienable rights, that among these are life, liberty, and the pursuit of happiness.”

This means that every single person has the right—given by the source of our being—to live, be free, and have joy. Anything impeding that deserves a proper trial.

I’ve seen nothing but post after post of people arguing for the flag and then acting against these very truths.

Martin Luther King, Jr., Gandhi, the Dalai Lama, and so many others have shown us that there are peaceful methods that are also viable for real change.

We spend our limited energy arguing and fighting for or against other’s policies, but what if we spent equal time focusing on our own individual policies?

The decrees of government are important, but the micro, day-to-day interactions in our community are chosen by us.

So, I challenge you, dear reader, to this:

>> Buy lunch for a homeless man, and ask him to tell you his story. He could be a PTSD-stricken veteran who fought for your freedom.

>> Smile at a stranger; she could be in the thick of the worst day of her life.

>> Sit down and have coffee with someone who doesn’t believe the same as you, and have a mindful, engaging discussion. Talk about solutions, not about who is right.

>> Go immerse yourself in a culture that is different than yours for an evening—whether it’s an event, religious service, anything at all—with the intent of understanding and connecting, rather than judging.

>> If someone has hurt or violated you, don’t drink their poison. Forgive them. Set yourself free.

May we all do our civic duty to our neighbors, families, spouses, friends, and even to strangers before we expect someone to do theirs.

May we serve humanity through a steadfast devotion to the principles of humility, equanimity, and acceptance.

May we remember the foundation of the country we claim to belong to.

Let us truly embody the change we wish to see, not add to more of what we don’t.

Nadine Collier stared into the eyes of the man who murdered her mother and chose love.

That’s how we heal our country. 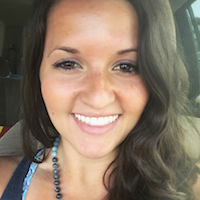