Monsters hold a Special Place in my Heart. 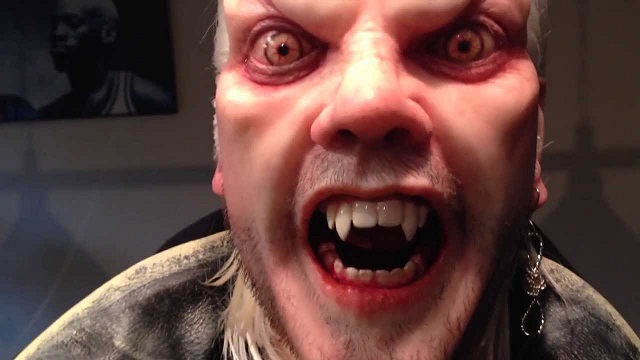 As Halloween approaches, most people are getting prepared in the typical ways.

We’re all fine-tuning our costumes, decorating our houses, and if you’re anything like me, watching a lot of horror movies.

My whole life, I’ve been obsessed with these characters from film and literature, but it’s only been recently that I’ve found myself questioning: why?

What is it about these characters that draws me—or, more generally, that draws us to them? I mean, there must be something, considering we have a whole day (or for some, a whole month) dedicated to them.

The stock answer that many have come up with is simply that we, as a species, enjoy being scared. Being scared produces adrenaline, which leaves us with a nice “whew-I-totally-escaped-that-killer-even-though-there-was-no-actual-danger” feeling afterward.

But, truth be told, in my case at least, I don’t think that fully encompasses where my obsession with these characters comes from. I mean, sure, if I actually met up with a vampire in real life, I’d probably be crumbling to my knees and begging for my life. (Seriously, it wouldn’t be very pretty.) But, I’m well aware the chances of that actually happening are pretty slim.

And yet, that doesn’t stop me from turning on “Lost Boys” or “Interview With The Vampire”—and not just in October either. I’m talking about a year-round obsession here—a year-round obsession with something that, supposedly, is intended to scare me, but by my 150th-viewing, has sort of lost its initial edge.

So, why do we keep going back to these figures?

Ever since childhood, monsters were the only characters that I saw on screen that were allowed to transgress.

Witches, for example, are often represented, not only as strong women, but as unashamedly strong women. Women who keep only female company (interpret that how you will), who don’t worship the Christian God, and who forego the act of having children. Women who are learned and down-to-earth and free with their bodies and their sexuality. There’s a reason why many feminists identify strongly with witches.

Vampires are often associated with sexuality, due to that whole penetration-exchange-of-fluids thing. Sometimes, such as in Bram Stoker’s “Dracula,” this sexuality is merely supposed to be interpreted as deviant-outside-of-wedlock-not-for-the-purposes-of-conception sexuality.

Sometimes, such as in Sheridan Le Fanu’s “Carmilla,” this sexuality is supposed to be interpreted as same-sex sexuality. Either way, vampires are usually allowed to operate under rules that society restricts humans from, and these rules are often sexual in nature—or, at the very least, carefree and fun, rarely producing any serious consequences (unless you count getting staked through the heart as a serious consequence).

And even for the monsters that are a little bit less fun to imagine yourself as, they still open our minds to what it might be like to operate in ways society restricts us from. Stories of possession force the possessed to reveal sides of themselves they never would have. Zombie stories force us to imagine what we would do if there was no society to restrict us. And good old-fashioned werewolf stories are, as we all know, supposed to explore the more animalistic side of humanity.

The monster, however, could be anything. And now that I’m older, I know that the reason why the monster could be anything is because the monster is supposed to be disgusting and terrifying—and through their transgressions, they have earned their punishment. But nonetheless, along my journey into becoming an unashamedly feminist, bisexual woman with mental illness, I had these monster movies to identify with.

And, truth be told, I think this touches on the reason why many of us enjoy monsters stories—because many of us relate to the monster. Even if it’s just some small part of us, no one feels like they completely fit in, and no one feels universally beloved and valued.

Therefore, when we see a character that is literally hunted down for who they are, we can relate. Because many of us, at some time or another, have felt as though we’re expected to shave off parts of ourselves to fit into society’s mold.

And so, we can take one of two approaches to the monster—we are saddened by their ultimate downfall, or we take comfort from the knowledge that they had to be destroyed for society’s own good, just like those parts of ourselves that we felt pressured to reject or repress.

But, for me, these monsters will always hold a special place in my heart because of that sense of identity, that shared feeling of being hunted down and hated by society.

This isn’t to say that minority representation isn’t improving in the media. It is—especially as we continue talking about it. And hopefully, in the future, young, feminist, bisexual girls with budding mental illness will be able to see themselves in the media without that exact character being punished for who they are. Hopefully, we will reach a place in society where the hero is allowed to transgress just as much as the monster is.

But, until then, the approach of Halloween gives me an excuse to settle down with a good book or turn on the TV and catch up with my old friends.

Who are the Villains? What Horror Movies Say about Our Culture.

Do You Like Scary Movies? {Horror Movie Trivia Quiz}