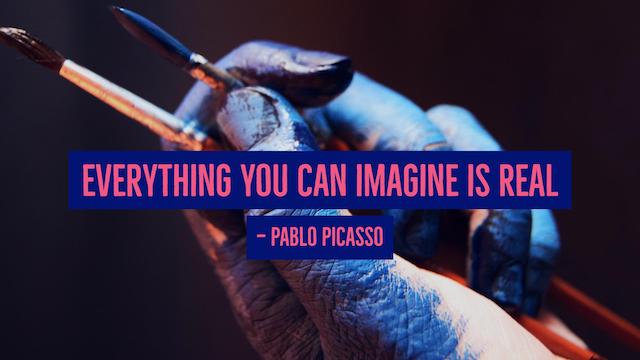 Pablo Picasso is famous for saying, “Everything you can imagine is real.”

From the standpoint of a child, this sentence makes sense. While growing up, adults tell us, “You can be whatever you want to when you grow up,” and, “Don’t ever stop dreaming.”

But then, as we grow older and look at the adult lives around us, we realize that the very people who instilled these romantic notions in our heads are not actually following their own advice. It’s as if this advice only applies during our youth. But once time strips us of that, it is gone forever. We become the same as all the adults from our past, assuming the same social responsibility to one day remind children of their freedom to dream, imagine, and be.

Since college graduation, I have invested my energy in diverging away from purely rational thought—an attitude I was conditioned to regard during those four years without question. In college, I was expected to look at the world through a prescribed framework as it pertained to the class and consensus of experts in my field. Any argument I made would be derived from others’ opinions if I wanted to receive an above average grade. I was expected to adhere to a hierarchical system in order for my conclusions to have validity. I was taught that many of the truths of the world had already been discovered, and thus it was my job as a student to simply know what other people had already identified as such.

However, I viscerally rejected this method of taking on others’ beliefs as my own. I felt that I had an opinion regardless of my tenure within the domain in question, even though no one within the institutionalized realm approved of such a conviction.

This is the conscious starting point that led to the internal battle I have been fighting ever since.

It all began with this noticeable internal resistance to standardized thought. A sprouted seed that poked through the surface of my inner-being in 2009. Although I agreed with this seemingly unprovoked defiance, I continually convinced myself that I had to abide by the rules of society. Life had been circumscribed for everyone and, thus, we would all come to the same conclusions about life in the end.

But, this internal voice would not accept these manufactured rationalizations as concrete truths. I did not have a name for this internal voice at the time. Perhaps it had been my conscience, so let’s call it that. My conscience was encouraging me to seek something more out of life than calculated decisions and memorized facts. But it would take me a long time before I could wholeheartedly succumb to following its unorthodox advice.

In a culture obsessed with success, I pushed myself to surpass others’ expectations of perfection, seeking out recognition from both my superiors and my peers by doing whatever it took to move ahead. I sacrificed my wellness and my identity to be noticed by someone who had been deemed an “authority” in their field.

However, back then, I didn’t think about how an expert’s credibility was determined by the mutual acceptance of a hierarchical label, associated with whatever experience that informed their regard as such. For instance, we can all agree that Harvard is more prestigious than Arizona State University, right? That someone with a degree from that institution deserves more credibility than a graduate from a lesser renowned university?

Perhaps, some of you, in your heads, are arguing against me because you realize the injustice of that snap judgement we tend to make in the moment. That we have been conditioned to react a certain way when it comes to a certain label associated with an individual’s merit. That we attribute worth based upon what we know about what we’ve heard as opposed to determining such integral significance by investing our attention in the matter as a total sum of multiple parts.

This was my fear: that in order to reach the pinnacle of professional respect, I had no choice but to abide by the rules in order to earn the socially approved label associated with my merit. Yet, the more I pushed toward success in the name of this fear, the louder and more pervasive my conscience became. Anxiety, depression, an overloaded schedule, weight loss, and lack of sleep all manifested as new norms. Yet I did not waiver from this socially acceptable pace for two years.

Finally, after prolonged wrestling with the doom of adulthood, the fear of being like everyone else, and the subliminal pressure to exceed the expectations of others and my own, I suffocated. I could no longer sustain this self-inflicted strife to meet a cultural standard of success. The end did not justify the means.

The time had finally come to address my conscience. To consider its provision to do something different. But as much as I tried, I could not rid myself of this notion that validation from others was the ultimate goal of my existence. How would I ever get the life I imagined without someone else’s professional acknowledgement of my merit?

I have wrestled against myself on this account without abandon. I denied my conscience’s beckoning to fully commit to my own interpretation of the truth of my existence because I could not let go of the norm that everyone else regarded as truth.

Because no one else was talking about the importance of becoming your own person, remember?

“We are all meant to be the same.”

“Imagination is for children.”

“Only experts hold the most accurate opinion.”

Not until recently did it finally occur to me that success is how we define it for ourselves. Like other words in American verbiage that have taken on cultural lives of their own, such as anxiety, FOMO, millennial, and fear, “success” has been diluted to a cultural appropriation—losing its flexibility as a term that, in truth, takes on different meanings depending on the situation.

Thus, my conscience was encouraging me to let go of beliefs that did not resonate with me, regardless of whether they resonated with other people, because there is not a universal definition of success we all must adhere to.

As Picasso explained, “Everything you can imagine is real.”

He reminds us, as adults, to return to that childlike place of trust in our inner-knowing. In this way, success is defined as the depth of our alignment with our inner truth, as opposed to an external pursuit of who society tells us to be. 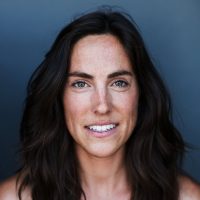