The “Believe in Nothing” Approach to Life. 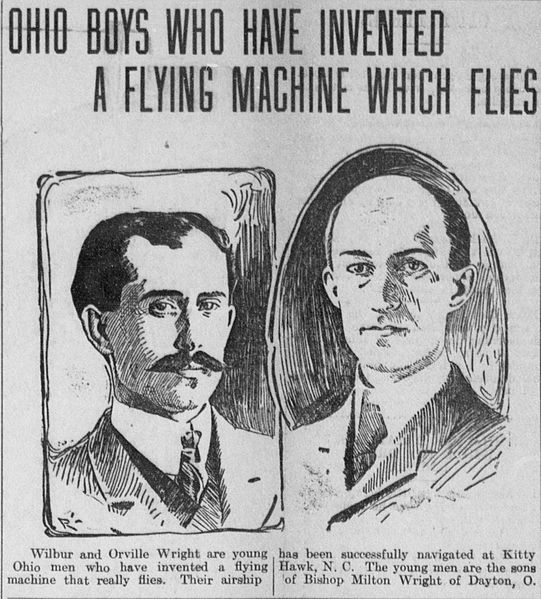 When I was young, I thought I “knew” many things.

As an old-timer approaching 70, I have come to realize that many of the things I knew are nothing more than beliefs.

Twenty years ago, everyone was sure dietary fats and cholesterol were the cause of heart disease. Today, we know these things are not a hazard. I am now enjoying butter on muffins and eggs and am glad that belief has been abandoned.

I find the principle of “believing in nothing” is a good way to move forward in life and for blazing new trails. There is no point in believing things just because everyone else believes them.

Just because most scientists believe in something also does not mean it is necessarily true. A few friends, who are professional scientists, complain about the “peer review” process which inhibits the introduction of any new idea—if beliefs in other ideas are popular.

I have been an inventor all my life, and most of my inventions have come from the approach of avoiding what is believed to be the best way to do things. It has been a fruitful approach, and I have been called in to help out many companies to solve problems that their engineers were not able to solve. Although formal education helps you to “stand on the shoulders of giants,” it sometimes prevents you from standing on your own feet and discovering a simple unique solution.

We need both types of inventors: those who ride on historical knowledge, and those who look at things with new perspective. I favour the approach that involves “believing in nothing” and seeing things in a fresh way.

I call this approach to life the “believe in nothing” method or BIN approach.

About seven years ago, I decided to adopt a new approach to life itself based on my experience as an inventor. I quit believing in anything simply because everyone believes it. I started to read as much as possible about everything and decide for myself what is probably true and what is possibly nonsense—based on actual evidence and data.

Almost all of my Elephant Journal articles, so far, are based on applying the BIN principle.

One of my articles about this miraculous and simple approach can be read here, but this is the gist:

At the age of about 23, I suffered from arthritis and by 2010, I had difficulty walking more than a few blocks. I was told by everyone that there was no solution to arthritis and that I would just have to suffer through life. Applying the BIN approach, I started looking on the internet for a solution and discovered that element #5, called “boron,” may eliminate the arthritis. Actual studies had been done in Australia showing that it was true. Very few people had read the research because “everyone knows” that arthritis is a permanent disability that Western medicine cannot help.

Applying what I learned, I no longer have arthritis!

I wrote another article, here, about the BIN principle involving my wife:

She recovered her personality in spite of severe brain injury which should have destroyed it—according to the neurosurgeon who did the operation. He believed there was no solution. Fortunately, my daughter and I discovered there was a solution and by the magic of music therapy, we got her personality back!

Without exception, I use the BIN principle as a foundation for enlightening journalism.

I don’t mean “enlightening” in the religious sense. In fact, I don’t believe in enlightenment in that sense at all. Neither did the historical Buddha, I feel, but that’s a topic for another time and article.

We can prove a popular belief and replace it with actual knowledge. For years, I did not know if the energy centres called chakras were real or imaginary, even though I did bodywork healing. Everyone in my field believed in them, but no one could come up with proof.

I do bodywork massage healing and it would be useful to know whether or not chakras were real. One month, I decided to explore this topic and with each client, I asked if I could place my hands over a chakra center and wait for five minutes. I then asked them what they felt emotionally. When I got home each day, I looked in a yoga book for the emotional effects of that chakra and the client’s description of what they felt always matched the book! At the end of the month I knew chakras were real. This is a good example of replacing a popular belief with actual knowledge. There is a huge difference between “believing” and “knowing.”

People in my childhood used to believe that if you did not eat meat, you would die. When I was 16, I was vegetarian, and all my relatives were on my case about it. I was “going to die young” they all said! Clearly they were wrong because I am almost 70, I ride a bicycle everywhere, and I can do intense “ecstatic dance” for over an hour every Sunday at the dance temple.

I once went into a Polish deli at the age of 20, looking for seaweed. The guy behind the counter offered a sample sausage. I said, “Thanks but I don’t eat meat.”

He said, “This is not good. You must eat meat to become strong like a bull.”

In return, I pointed out, “The bull is strong but the bull eats nothing but grass.”

He was astonished and changed his belief immediately. This is a good example of being critical about beliefs. Belief is not knowledge.

All of my Elephant Journal articles are based on dropping beliefs and seeing what I discover. Real knowledge comes from this approach. As I move forward into my 70s and beyond, life is looking exciting. I’m a slow learner and wish I had discovered the BIN principle at the age of 30.

I highly recommend dropping your beliefs and see if your life opens up to new possibilities. This openness helps writers, musicians, artists, and inventors to be more creative. It’s a key concept that can help bring light into the world. 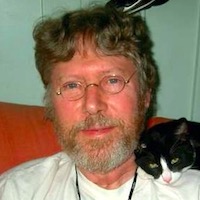