The Universe is Kind of a Jerk. 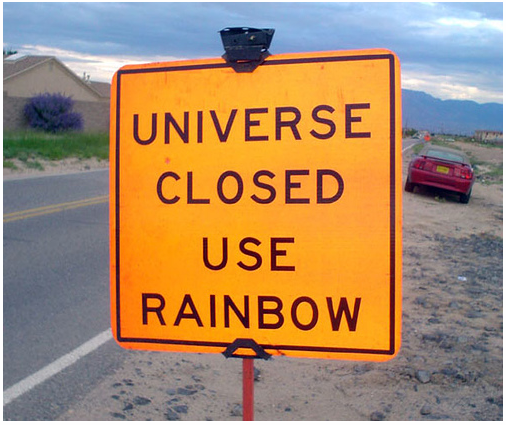 It is slowly dawning on me that my relationship with the Universe may not be what I thought it was.

Flashback to a year ago: in the heady days of the honeymoon phase between us, I was all feeling glorious, loved, and supported—in between eating musli, making mindfulness memes, and burning incense on a Buddha holder.

Then things started to change.

And forcing me to respond in a variety of ways. Maybe they sound familiar to you? Here are some of the strategies I’ve used when the Universe isn’t playing nice.

We’ve all known the one who started out so promising, full of love, presents, and well—presence. You haven’t quite figured them out, but are drawn to their mysterious ways. Until the night they don’t show up when you had plans.

Next thing you know, the Universe just isn’t responding, and so you embarrass yourself by doubling and tripling up on your meditations. Still nothing. You start wondering if the Universe is busy with someone else. Then boom, you’re ghosted.

The Universe shows up two weeks later with presents, all like, “ta dah!” like they are doing you a favor and you’re all, “WTF Universe?!?” and the Universe is all, “Man, work’s been hella busy.”

After wondering how things got to this and whether it is even worth talking to the Universe again—consider the bigger picture. No one’s perfect. Remember it is going to be a huge pain in the ass to find another remotely compatible universe on Tinder. Just be chill about it and—ugh, keep smiling.

Here the Universe does do stuff, but never when you actually need it done and always crazy late. It is exactly like getting your kid ready for school. This is apparently a lesson in “patience.”

Every conversation is like this: “Hey, Universe—where’s the work you’re supposed to do? We did it together, during the weekend, remember? How can you forget where you put the money? Hmmm, I can’t find your unconditional love anywhere…do you remember where you put it down? Universe, have you seen what time it is? You’re late again! Come on! Oh, just eat in the car.”

You’ve seen that tattoo on thee Universe’s right arm, right? You know that one that says, “Linear time, linear shmime” in Olde English letters? Remind yourself that you decided to get involved with someone with terrible judgement in tattoos. Why would you expect them to have good judgement with anything else?

This one makes you question your judgement, sanity, and existence. You can be in a really good place, feeling your intuition, making huge decisions. You ask for very specific signs of confirmation and you get them.

The clarity and encouragement you feel is amazing. “Yes, you’ll get that acting job, go for it, I got your back!” or “Yes, you can sell everything you own and travel, it will feed your soul! “ or “It’s really easy being a freelancer when you’re inspired!” And so you jump into action.

Then, little by little, things start falling apart. Francis Ford Coppola doesn’t call you back. Fruit picking in Australia ain’t feeding your soul like you’d hoped. Freelancing is harder than string theory. You‘re confused. You know didn’t imagine it all.

Don’t be afraid to ask questions. “Universe, I asked that if I was doing the right thing, you’d show me purple feather laying North by Northwest on the sidewalk that would be picked up by a black Labrador guided by two small children eating cherry freezie pops. And I did see that. I don’t understand. Nothing’s worked out. How could this happen?” Just understand the Universe may look at you, shake its head, smiling, and say: “I don’t know you and I have no idea what you are talking about.”

This is basically the conversation that took place the week before last, when I realized I had no money to pay bills because my recent freelance jobs haven’t paid yet:

Me: “Oh man, Universe, I badly need that money. But I know you’re here for me so please send some ASAP and thank you so much in advance.”

Universe: “Okay. Here’s more than you asked for.”
(I open a letter that’s arrived for me about a pension I’m entitled to.)

Me: “Oh—thanks for this…It’s just, when I said I needed money, I kind of needed cash, not a bit of money locked forever into a small pension. Though I’m super grateful for that too!”

Me: “But you govern everything that’s in motion, you must have known exactly what I mea—”

Universe: “You ingrate! I hate you!”

Okay, by this time you’re probably at the end of your motherflipping rope. This one requires the nuclear option. I took a tip from myself, as I am also a loving parent. And that tip is this: sometimes the only thing you can do to get them to behave is a well-timed, soft-spoken, blatant threat.

See, a big part of me still feels like I’m doing the right thing by writing and that in some strange way, I’m following my destiny. After all, I’ve progressed leaps and bounds with writing and the momentum is crazy fast. But, the money sucks. I still don’t have a functioning oven, or hot water in my kitchen. I’m going to have to take my car off the road because I can’t afford for it to be fixed.

So, I kind of threatened the Universe. Last week I said: “Okay, here’s the deal, Universe. I’m going to go back to regular work because it’s becoming clear that this is not what I’m meant to be doing. I’ve held up my end of the deal, but my money problems are worse than ever and I’m so very tired. If by chance I’m mistaken, you’ll provide me with paid writing work—pure and simple. In the meantime, I’m filling out tons of unrelated job applications, and looking for temp work. I’ll just have to fit writing in when I have time here and there. Because that’s what you want, right?”

Then boom, I got a week-long contract doing my first ad campaign. Grateful, I still stood my ground with the universe, shrugging and filling out more job applications for stuff not remotely related to writing. Then, boom again—out of nowhere I was offered an interview for a writing job the next morning.

Will these threats continue to be effective? Who knows? I continue to be discombobulated in attempting to figure out how this whole freaking process actually works.

Maybe the expectation we’re supposed to have about the universe having our backs isn’t in the sense of anticipation. Maybe it’s expectation, as in demanding it.

There’s only one way to find out, isn’t there?

Our Thoughts Don’t Create Reality: The Law of Attraction Clarified.

How the Law of Attraction is Making us Unhappy.

Pack Your Bags for a Manifestation Guilt Trip 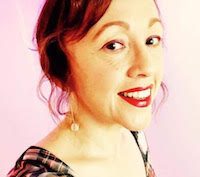