F*ck Cancer: A Tale of Love Pouring in from Every Angle.

This is an excerpt from Jennifer Lynch’s recently published book, Fuck Cancer: A Tale of Love Pouring in at Every Angle.

It is currently available at Boulder Book Store, Trident Booksellers, the Lyons Regional Library, and on Amazon.

It was late morning and I was struggling. I couldn’t believe I was back on my bike climbing hills again.

I only had one day of rest since my hundred and fourteen mile hill-climbing debacle in which I never even made it to my destination.

It was quieter than it should have been, as if the birds stuffed themselves with too many early worms and had to go back to their nests to sleep it off. My thighs burned like fire. My back was tired. These roads were pocked with potholes and crumbling asphalt. Every bump sent a shock from my wrists up through the back of my neck. My elbows ached. My teeth hurt.

As much as I wanted to believe I was riding from Danbury, CT to Greenwich with good intentions—because cancer does not discriminate and even wealthy people get horrible diseases and deserve a wash of love and a How ya doin’? and a Fuck that shit!—the truth was I was hoping to score a big donation. Greenwich is one of the wealthiest towns in America. The fact that boorish Danbury is included in the same county never made sense to us, but I had to take advantage of its proximity. 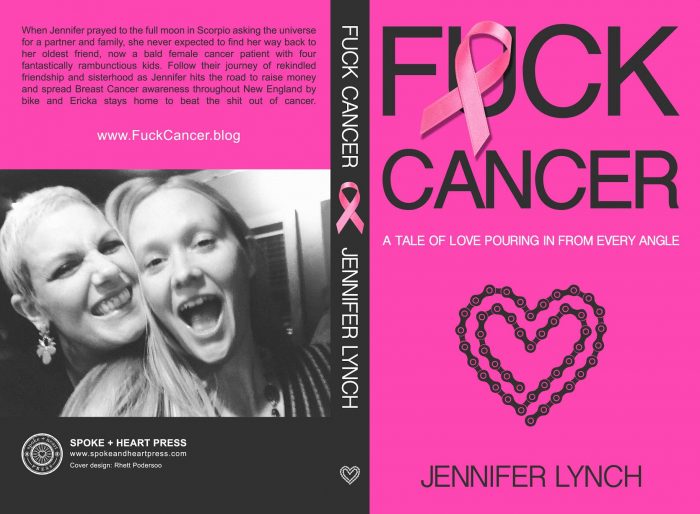 The universe knows damn well when our intentions are off, so this was not going smoothly. I couldn’t find a rhythm. Nothing looked or felt right. Even the sweet relief of a long down hill coast just made me think of the ascent I’d have to tackle on my way back later.

It was hard to be out there in no-man’s-land, climbing my nineteenth hill of the day, because I didn’t always know what I was doing. Did anyone care? Why would anyone give me money for this? But I had to remember that I put myself out there by choice. And not knowing what I was doing had never stopped me from finishing anything I’d started. Why should it now? So I just kept crawling and seething.

Handing out fundraising fliers in Greenwich felt gaucher-than-gauche. No matter what I did, I radiated an air of desperation and defeat. I still didn’t understand the psychology of giving well enough to know how to approach these situations. I felt like a naïve little kid. You have money so I rode my bike down here hoping you would give me some to help my friend.

Greenwich didn’t seem interested in my message. For the first time since I started, my fluorescent pink Fuck Cancer jersey got indignant stares and scoffs instead of hilarious double takes with hell yahs and high fives. Mostly, I thought Screw you, you humorless douchebags. But these douchebags had money and I wanted to get my hands on it.

Before leaving town, I stopped for a snack at an old-timey market and asked if I could put my fundraiser cards on a table that was filled with notices for other local events. The answer was yes but it would cost me $25. When I replied that I was actually trying to raise money, not spend it, I got a slow nod and a drawn out “Yaaaahhh…” before the clerk broke eye contact and went back to what she was doing.

The rage continued to build. Are you kidding me?! $25 to put a flier down on a table full of fliers?!!
But I kept it in. I smiled with my mouth but not my eyes. Tossed my change into the tip jar and walked outside to a wealthy young couple in a pristine white Lexus whisper-yelling at each other behind raised windows. Maybe they thought the world couldn’t tell how pissed they were by the looks on their faces.

This time the perspective switch was much easier to locate than it had before, because I didn’t want to be like them. We all have our struggles, whether they’re self-inflicted or not. Frustration with them repeatedly gets us nowhere. Every single time, it fails us. If something’s not working, you gotta switch it up.

This particular ride was forced with an agenda. My goal of cycling 2,000 miles in a month and raising thousands of dollars mattered, but in this moment my presence was more important elsewhere. I needed to pack this bullshit in and get home so I pounded a Pepsi and blasted All My Life by the Foo Fighters in my earphones. I turned around, and flew out of there ten times faster than I had limped in.

My back was still tired and the hills wouldn’t relent, but it didn’t matter anymore.

The climbs were just as steep but I didn’t notice. I went deeper beyond the pain.

Who knows what passersby made of the chick in the Fuck Cancer jersey climbing hills in southwestern Fairfield County screaming along with a Dave Grohl only she could hear in her earphones. Furthermore, who cared? I didn’t need the bullshit or the petty judgment. I needed the understanding and the compassion. If I couldn’t find it in Greenwich, I would create it elsewhere.

As soon as I started singing with Dave, I started riding like Coach M taught me on Oahu, head down in my big chain ring, ducking below the wind. Charging the descents with full force in order to coast up to the next crest with minimal effort. The hills almost disappeared.

The road could have my rage now. My heart had no use for it. 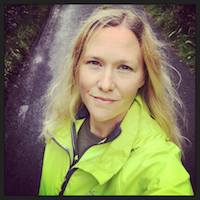