Has the “Me Too” Movement Gone too Far? 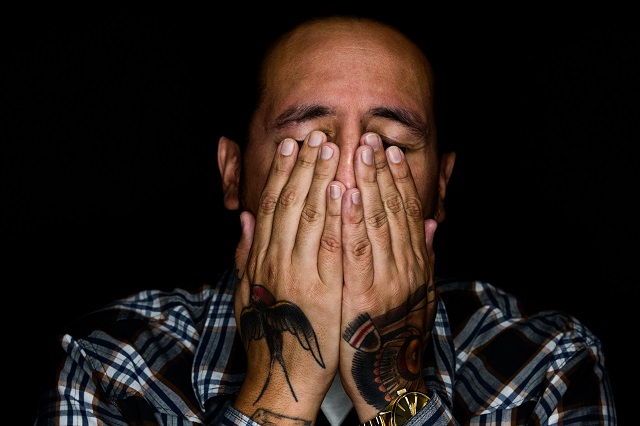 As a man with a type A personality, I am a goal-setting, routine following overachiever that wakes up at 5 a.m. every single day, seven days a week.

The first thing I used to do every morning was pour a cup of coffee and listen to “The Writer’s Almanac” podcast, a five-minute blurb that included an anecdote about important literary and historical figures whose birthday it was that day, followed by a reading of a selected poem.

I did this because, as I finished that first cup and made my way into the shower, the podcast would direct my freshly wakened mind with thoughts of Sylvia Plath and her undignified suicide, or an inspirational quote from Ursula LeGuin, or just something that, along with the caffeine, would start my creativity racing.

At the end of the three minute history lesson, when the poem was being read, I turned the knobs and regulated the temperature for the water, and I’d be transported to a snowy front yard in Maine or a piazza in Italy or anywhere other than my small town, my Facebook feed, and trending news.

More often than not, by 6 a.m., I’d have effortlessly written my own poem culled from these images and whatever memories or thoughts they aroused in me.

I stay as far away from the news as humanly possible. As far as I’m concerned, the negativity will go right along doing its thing without any of my help. So, I was completely confused when there was no podcast for Thursday or Friday. In fact, to be honest, I actually deleted “The Writer’s Almanac” and re-subscribed to it because I assumed it was just a technical malfunction.

It wasn’t until a Facebook friend of mine, who happened to work closely with Garrison Keillor, the podcast’s creator and narrator, posted about his unceremonious dismissal from Minnesota Public Radio that I finally realized “The Writer’s Almanac,” past and present, has been wiped off the planet.

Further investigation on my part has also revealed that anything relating to this 75-year-old man—scheduled live performances and other radio shows he was involved with—have also been totally expunged from existence.

“I put my hand on a woman’s bare back,” he said in an email to the Star Tribune Wednesday. “I meant to pat her back after she told me about her unhappiness and her shirt was open and my hand went up it about six inches. She recoiled. I sent her an email of apology later and she replied that she had forgiven me and not to think about it. We were friends. We continued to be friendly right up until her lawyer called.”

Now, whatever our opinion is of this explanation, I feel is beside the point. This drama was playing out at the same time the GOP passed a tax bill that has been proven by all media sources to be a vehicle that quite obviously makes wealthy a lot more wealthy, and takes millions of dollars in aid away from the poor and middle classes. And, these two issues, in my opinion, are a lot more closely linked than most people might imagine.

When we, as progressives, have reached a point where our righteous indignation about everything has gotten us to a place where someone as benign as Garrison Keillor isn’t safe, we have become…well, extremists. And, as extremists on one side of the ideological fence, we have paved the way for the other side to get extraordinarily popular and, presently, in control.

I am not suggesting that there isn’t merit in most of these cases of sexual harassment coming to light; I am saying that we need to pick our battles a little more cautiously. One of my professors years ago said to me, “If a poem means everything, it means nothing.” In other words, we cannot degrade art to a point where anyone’s analysis can be considered valid.

I’d like to take that one step further by suggesting that if everybody is a criminal, no one is a criminal. If you are putting Harvey Weinstein and Garrison Keillor on the same page in history, you are doing more to help Weinstein than to hurt Keillor.

Just ask any of the 14 million Americans who will lose their health coverage by next year.